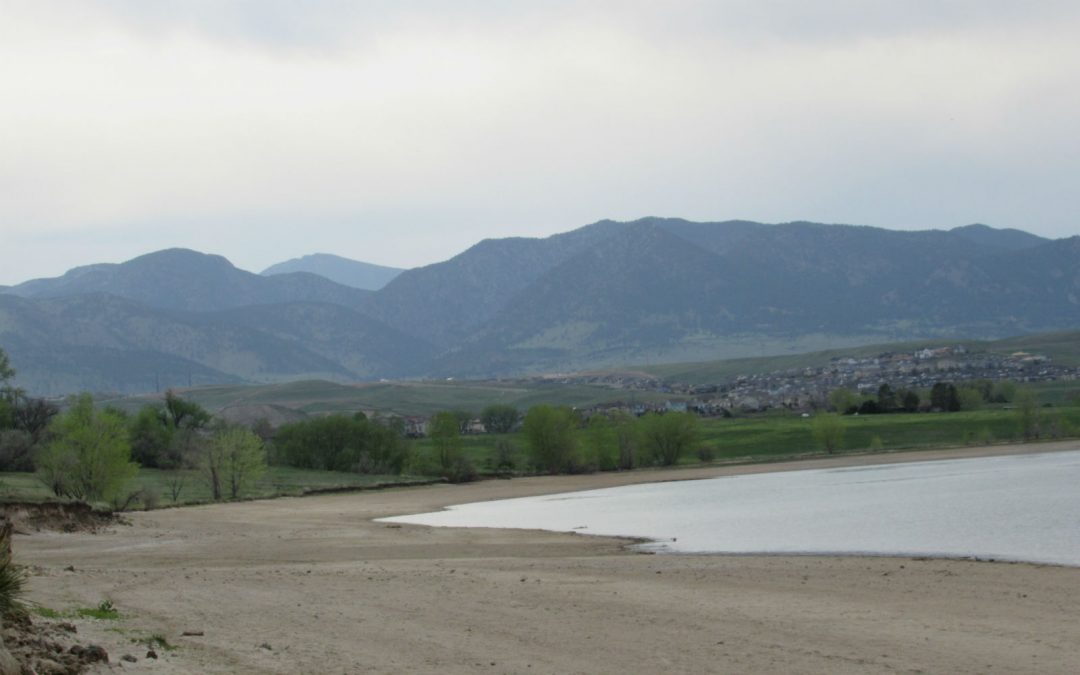 Colorado’s reservoirs are 25 percent lower than they were last year at this time, as a hot, dry summer continues into the fall.

The 2020 water year, which began Oct. 1, 2019, and ended Sept. 31, is now Colorado’s third driest on record, trailing behind only 2018 and 2002 for lack of precipitation, according to Peter Goble, service climatologist and drought specialist at Colorado State University’s Colorado Climate Center.

“The water year was certainly drier than average. We finished it out with some pretty startling hot, dry conditions,” Goble said.

Colorado averaged 13.09 inches of precipitation in water year 2020, which was 72 percent of the 18.01-inch historical average, Goble said.

It was also the 12th warmest year on record, with much of that warmth concentrated in the summer and early fall during a poor monsoon season, Goble said.

August, in particular, was extremely hot — it was the hottest August on record in Colorado since 1895, when record-keeping began.

Denver Water’s storage system has held up reasonably well this year, thanks to standard watering restrictions and a strong snowpack in 2019.

Denver’s reservoirs are 82 percent full, not far below the 87 percent average for this time of year, according to Nathan Elder, Denver Water’s water supply manager.

Since 2002, Denver Water has implemented drought rules that prohibit outdoor watering between 10 a.m. and 6 p.m. and encourage residents to water no more than three days a week from May 1 to Oct. 1. The water utility also has tiered rates to encourage conservation.

“We’ve had one of the hottest, driest summers and, despite that, our customers have still been really careful with their water use. We didn’t see extreme demand this year, despite the extreme weather,” said Elder, who added that a strong 2019 water year carried over into 2020 storage.

Much of the state continues to experience severe, extreme and exceptional drought conditions, according to the U.S. Drought Monitor.

The lack of precipitation, hot temperatures and high levels of evaporation have left Colorado’s soils very dry, which has made winter wheat farming and ranching a challenge, Goble said.

“A number of ranchers across the state have had to sell cattle, and winter wheat for the coming season has had to be drilled in in many locations because the soil moisture is too lacking to plant conventionally,” Goble said.

It has also been a bad year for wildfires, with two of the largest fires on state record — the Pine Gulch and Cameron Peak fires — occurring this year.

The record-breaking snowstorm much of Colorado saw on Sept. 8-9 was helpful, but didn’t ultimately make a big difference for drought conditions, even in places like the San Luis Valley, which logged up to 14 inches in some places.

“It was one of the biggest snowstorms on record in the Alamosa area, regardless of time of year, so it did improve drought conditions in the San Luis Valley, but in an ecosystem that’s so streamflow fed and reliant on seasonal snowpack, it didn’t provide the level of relief that a good seasonal snowpack would,” Goble said.

Looking ahead, climate scientists are forecasting weak La Nina conditions and warmer-than-average temperatures continuing into the fall and winter.

“Even a strong La Niña doesn’t guarantee us a good winter in the Northern Rockies,” he said. “We could still see anything from quite dry to quite wet. It tilts the scale a little bit on the wet side for places like up near Steamboat and even Summit County, but it’s not as strong a predictor in Colorado as it is in some other places, like the Pacific Northwest.”

Spring 2021 is likely to be a repeat of last year, with parched soils soaking up more runoff, according to Karl Wetlaufer, a hydrologist with the National Resources Conservation Service.

“It’s very, very dry and we do expect that to carry into the spring and how that affects our streamflow runoff next spring,” he said. “A lot of that snowmelt will be absorbed into the soil structure and may not make it to the streams. If we have a near-normal snowpack again, we would expect less-than-normal runoff with the severe drought that we’re going into winter with.”