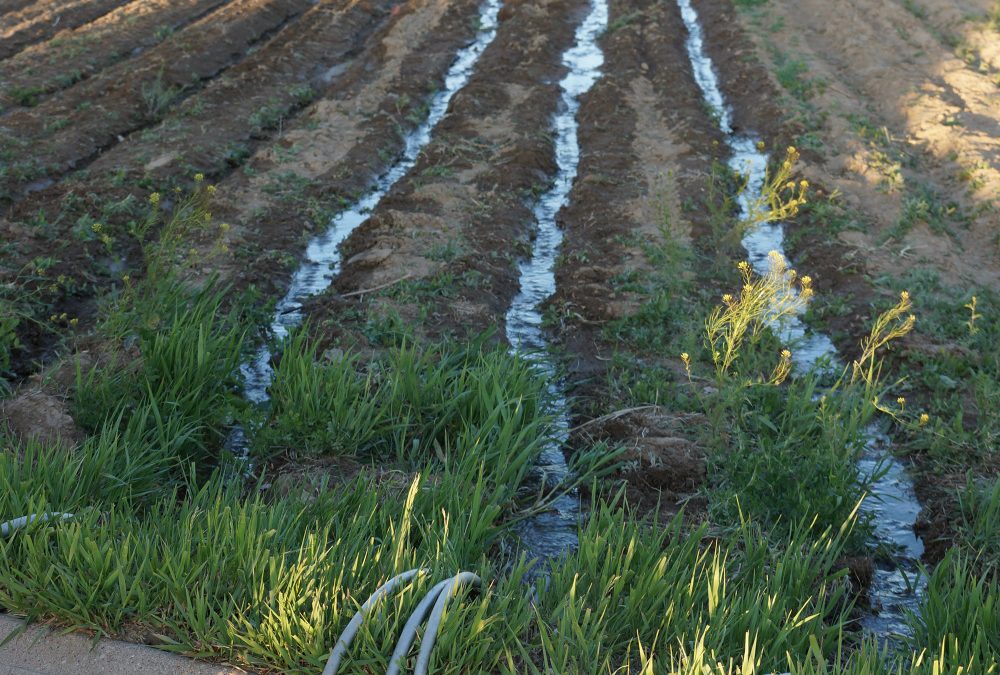 As irrigators divert water to sprinkle and flood agricultural fields across Colorado, the water does more than vitalize crops.

It leaks from ditches and ponds and seeps beneath the reach of crops’ roots, tracing a path through the earth back to the river. As it strays from its given task of irrigating, the water forms and animates wetlands that otherwise wouldn’t exist. But as advances in agricultural efficiency and ag-to-urban water transfers play out, some are wondering what the impact will be on the state’s created wetlands.

The wetlands we see today are generally different from what once existed. According to a U.S. Fish and Wildlife Service National Wetlands Inventory conducted by researcher Thomas Dahl in 1991, Colorado lost about 50 percent of its natural wetlands between the 1780s and 1980s due to development. But at the same time, irrigators created new, ancillary wetlands in different, unexpected places, some that have now been in place for more than 100 years.

There are many gaps in today’s understanding of these ancillary wetlands, Carlson says, and he hopes his research will answer some of those questions.

“It would be hard to actually tell if we’ve added wetland acreage to eastern Colorado through irrigated agriculture when you compare that [acreage] to the loss of riparian wetlands along the rivers,” says Erick Carlson, a Colorado State University graduate student doing his doctoral research on the value of different wetland types. “Do we have a one-to-one transfer? Are there more wetlands now based on acreage? Are [the ancillary wetlands] only half as good in terms of ecological function?” There are many gaps in today’s understanding of these ancillary wetlands, Carlson says, and he hopes his research will answer some of those questions.

According to Jeremy Sueltenfuss, a wetland ecologist with the Colorado Natural Heritage Program, incidental wetland creation happens all over, not just across Colorado’s Eastern Plains. A 2012 study conducted by Colorado State University researchers on incidental wetland creation in the North Poudre Irrigation Company’s service area showed that water seeping from ditches, dams, ponds and irrigated fields was responsible for 92 percent of the total wetland area in that region. Recent research across Colorado’s South Platte Basin by the Colorado Natural Heritage Program has resulted in similar findings. “We’re redistributing water
across our landscape and creating significantly more wetland habitat than there would be otherwise,” Sueltenfuss says.

But all wetlands are not created equal. Incidental wetlands are typically flat and shallow with cattails, grasses and sedges reaching no more than 6-feettall, while riparian wetlands are more “vertically complex” with tall cottonwood trees, Carlson says. These different characteristics meet the needs of different species and also have different abilities to purify water.

“Would all 97 percent of species disappear without wetlands?” he asks. “Probably not, but it highlights the importance of wetlands in general.”

Although Colorado has exchanged many of its natural riparian areas for incidental wetlands, Sueltenfuss believes there’s no choice between the two today. In either case, wetlands are essential. While constituting a mere 2 percent of Colorado’s landscape, biologists agree that wetlands support more than 75 percent of the state’s plant and animal species at some stage in life— Sueltenfuss says the figure is closer to 97 percent. “Would all 97 percent of species disappear without wetlands?” he asks. “Probably not, but it highlights the importance of wetlands in general.”

Now the question of maintaining wetlands goes back to efficiencies and keeping water in agriculture versus moving that water out off the land and to municipalities. “Every drop is going to be used,” Sueltenfuss says. “The choice now is whether we maintain those wetlands created by irrigation or we allow those to dry up also.” New research on the quality of different wetland areas, determining for instance which types are most productive in filtering contaminants or offering suitable habitat, could provide the key to maximizing the quality of all wetlands, as Carlson hopes to do, while assessing the risk of letting certain areas go dry.