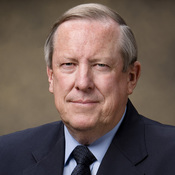 When newly-elected Governor John Hickenlooper proclaimed 2012 the “year of water” he named John Stulp as his Water Policy Advisor. He chose very well. Stulp, a dryland wheat farmer and cow-calf rancher from Southeast Colorado, had served as Colorado’s Commissioner of Agriculture during Bill Ritter’s governorship. Also a former Prowers County Commissioner, State Board of Land Commissioner, State Wildlife Commissioner, and member of the State Board of Agriculture, Stulp’s reputation for patient consensus-building was already known and trusted throughout Colorado.

With Stulp serving as Director of the Interbasin Compact Committee, Colorado embarked on formulating its water plan. Nine basin roundtables functioned in tandem with the Water Conservation Board and its staff to identify Colorado’s water supply, conservation, and environmental flow needs to serve a near-doubling of the state’s population in the next 50 years. John traveled extensively across the state meeting with the roundtables as the plan, adopted in November of 2015, was being developed; thereafter, he tirelessly set forth speaking with Coloradans about its importance and its capacity to be adjusted through ongoing dialogue and experience.

“The Governor said to me, you know the value of water, so go out and help them talk with each other.” Stulp has an un-mistakeable feel for Colorado that very many Coloradans can relate to. His favorite vista is the one he sees from the hill above his family’s farm seven miles southeast of Lamar. “I can see a huge expanse on clear nights” he describes as “spiritually enriching.”  “We’re not here by accident, we are a very creative species, each of us is uniquely and individually made.”

He sees the Water Plan process as an ongoing work in continued progress. Urban water conservation to reduce demand will be a necessity. Agricultural land conservation practices will incorporate no-till care of the soil and rotational fallowing capable of sustaining food production with up to 30 percent less water. Water-sharing arrangements between cities and senior agricultural water rights owners should be encouraged in ways that keep family farms and ranches productive. Additional water storage will be needed to take advantage of good water years as they occur. Modifying dams and diversion structures to accommodate fish and wildlife and instream flow is also an important goal to accomplish. John is fond of describing a sturdy “four-legged stool” when he talks about the characteristic features of Colorado’s Water Plan.

John and Jane’s five children and 13 grandchildren are rightfully proud of their parents. John’s degree as a Doctor of Veterinary Medicine at Colorado State University produced a couple of years of practice for him in this field, whereas his lifetime has focused on cultivating land and water leadership and education benefitting Colorado. Jane is co-partner and bookkeeper of the family’s agricultural operations. Her art education teaching profession has also served many other families well.