Best of the best in Colorado water

Each year, Water Education Colorado invites friends and colleagues to our President’s Reception — an evening of celebration, networking and awards as we honor water leadership and raise money for our work at one of the best water events of the year.

The 2022 Reception was held on September 8, 2022, and was a great success. Details from the reception are now available! 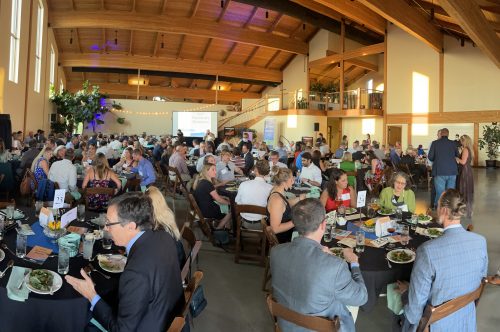 WEco awards and past winners

Water Education Colorado bestows an important annual award on a Coloradan who has a body of work in the field of water resources benefiting the Colorado public; strong reputation among peers; commitment to balanced and accurate information; among other qualities.

What started in 2007 as WEco’s President’s Award was renamed the Diane Hoppe Leadership Award in 2016 to recognize the legacy of this Colorado water visionary. Winners have included:

In 2010, Water Education Colorado introduced the Emerging Leader Award to honor recent work by a young Colorado professional to strengthen and improve water education in the state. Winners have included: