As pandemic hammers its finances, Vail pulls out of state cloud seeding program 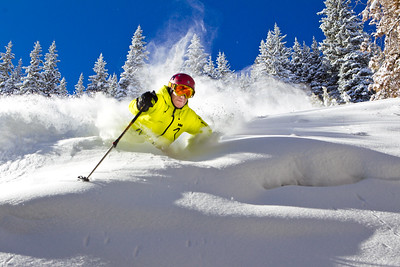 Vail Resorts Inc., one of the largest financial contributors to Colorado’s cloud seeding program, has dropped out this year, leaving a major hole in the program’s budget.

Cloud seeding is a practice in which silver iodide pellets are sprayed into storm clouds in an effort to trigger more snowfall and ultimately, in the spring, more snowmelt to feed the state’s streams.

Vail has been participating in the program for more than 40 years, state officials said.

Hard-hit by the pandemic, the ski resort company had planned to contribute $300,000 to this year’s effort, roughly 20 percent of the nearly $1.5 million the state spends annually, according to the Colorado Water Conservation Board (CWCB), which oversees the program.

Vail officials did not respond to a request for comment, but their most recent financial statements indicate that the company’s revenues dropped nearly 70 percent for its latest fiscal year as the Covid-19 pandemic forced it to close its resorts early last spring.

“We’re all hoping this is just a temporary suspension in funding from Vail,” said Andrew Rickert, who oversees the cloud seeding program for the CWCB. “Vail is the oldest partner we have in Colorado. They are very serious about the program, but no one is immune to these economic hardships.”

This year the CWCB will oversee six permitted cloud seeding operations that span the state, from Durango to Winter Park and beyond. The operations are sited in areas most likely to produce snow and aid rivers.

Among the largest of these is a permit operated by the Colorado River District, which includes Grand, Summit, Eagle and Pitkin counties, according to Dave Kanzer, deputy district engineer for the Glenwood Springs-based water agency.

Vail’s cloud seeding program is nested within that area and its annual $300,000 contribution represents more than half the money typically spent in that four-county region, Kanzer said. If additional funding isn’t found, fewer cloud seeding generators will operate there this season.

“It’s a challenging time with respect to Covid-impacted budgets,” Kanzer said. “The overall program is alive and well, but it is a topic of concern.”

Kanzer and CWCB Director Becky Mitchell said the state is actively reaching out to other entities for additional funding for this year’s work, including states in the Lower Colorado River Basin and Front Range utilities.

How much new snow and water seeding clouds actually produces has been difficult to detect, although scientists recently have produced studies indicating it can create new snow.

“Our scientists indicate we can increase water supplies by about 5 percent on an annual basis, with increased snowfall of 5 to 10 percent, although it’s highly variable,” Kanzer said.

Colorado and other Upper Colorado River Basin states have long used cloud seeding as a way to boost water supplies, and with this year’s drought it’s more important than ever that additional water be generated if possible.

“But we’re cautiously optimistic. As the year plays out we will try to carefully manage the resources that we have. I’m not optimistic that we will be able to fill the entire gap. But if we came up with a third [of the money lost], that will be a success in my mind.”