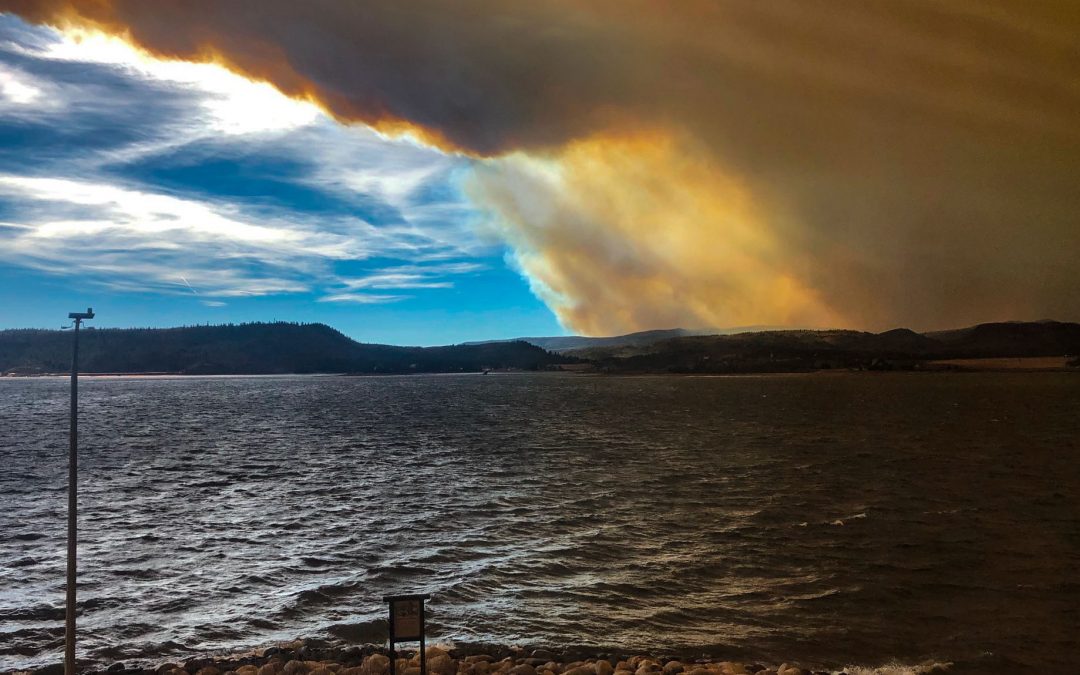 With a new $88 million effort to restore and protect communities and water systems from wildfires, Colorado’s top natural resources executive is asking locals to come forward and let the state know which forested areas need to be thinned to reduce fuels as soon as possible.

“We are one lightning strike, one drought year away from another catastrophic wildfire,” said Dan Gibbs, executive director of the Colorado Department of Natural Resources (DNR) who is also a wildland firefighter.

Gibbs said it is critical that locals help identify which watersheds and housing developments are most vulnerable to wildfires, and then to advocate for protecting them.

“I need you guys to step up. Too often, I feel like locals are too silent,” Gibbs said. “They need to say, ‘This project is important to me.’ When there are folks who raise concerns, we need local collaborators to step up.”

Last month, DNR formally launched its Colorado Strategic Wildfire Action Program (COSWAP), which is part of a broader $88 million effort to manage fire-prone forests around vulnerable communities and water systems, and to create a statewide assessment of which areas are at highest risk of wildfire. The effort is being funded by the State Legislature and the federal government.

“Folks are going to be able to apply for high-priority projects anywhere in the state of Colorado. Anyone can apply for the funds,” Gibbs said.

Gibbs and other officials have called for a coordinated, high-powered effort that crosses government agencies, and watershed and county lines to restore forests that have burned, and to get out in front of any potential new fire catastrophes such as those that occurred in 2020.

That year Colorado saw the largest fires in its history burn. These include the East Troublesome Fire in Grand and Larimer Counties and the Grizzly Creek Fire, near Glenwood Springs. Hundreds of homes were lost and several water systems severely damaged, with more post-fire damage expected for years to come.

“The status quo is just not working,” Gibbs said. “We need to do things differently.”

Gibbs said government agencies, for too long, have done “random acts of restoration” instead of systematically identifying areas that need treatment.

“We need a magic map of Colorado that shows us where we can get the most bang for the buck,” he said.

That mapping effort is now underway with the Colorado Water Conservation Board surveying the state in order to create a map that does just that.

Ken Ransford, who represents the recreation industry on the Colorado River Basin Roundtable, said he remains concerned that too much development is occurring in areas at risk of wildland fires. Such areas are known as Wildland Urban Interfaces, or WUIs.

Gibbs said it would be difficult to limit new development unless county commissions and town councils opted to do so, something that hasn’t occurred to date.

Another roundtable member, Gail Schwartz, said efforts to impose new fire safety standards on buildings within WUIs have not been well received.

“This was a challenging conversation going back seven years,” said Schwartz, a former state lawmaker who also sits on the Colorado Water Conservation Board. “Hardening homes with common sense measures should be something that we have learned, if nothing else.”

Anyone interested in applying for a grant or identifying areas where work is needed can contact the DNR via its COSWAP program webpage here, or the Colorado State Forest Service, here.