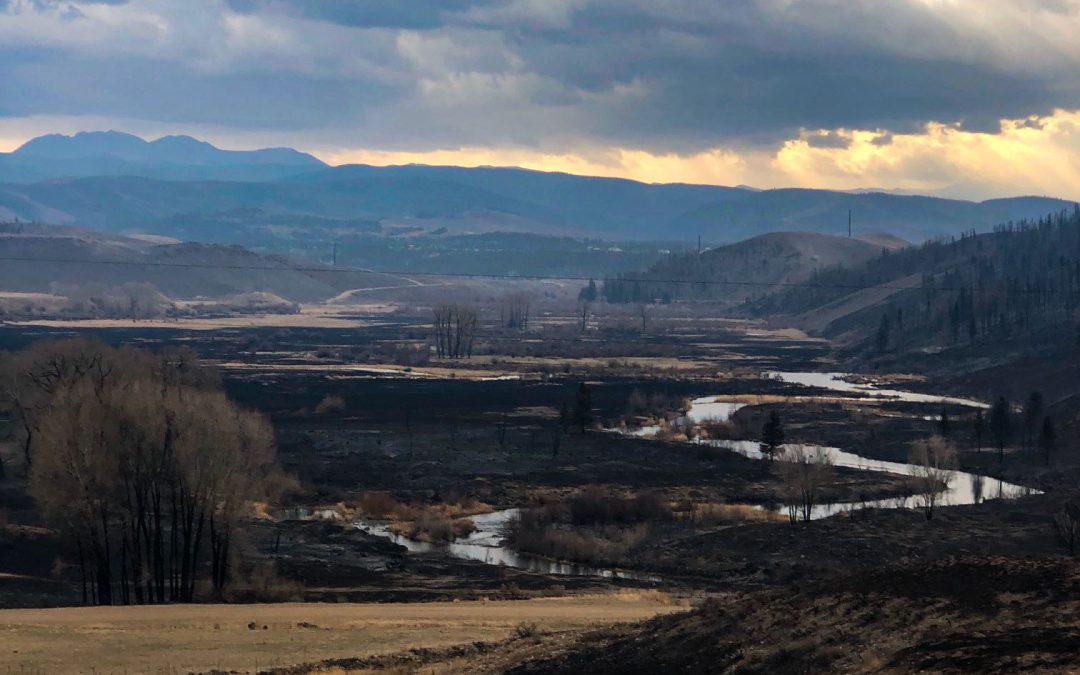 Major funding shortfalls and bureaucratic barriers between state, federal and private entities are hobbling efforts to clean up watersheds and protect drinking water for more than 1 million Coloradans this summer.

Berthoud-based Northern Water is Colorado’s second-largest water provider, behind Denver Water. It operates the federally owned Colorado-Big Thompson Project, which serves a number of Front Range cities as well as hundreds of farms, and its collection systems were devastated last summer by the massive East Troublesome and Cameron Peak fires. It estimates that it will cost more than $100 million over the next three to five years to clean up some 400,000 acres of its mountain system, which spans the Continental Divide in Grand County and Rocky Mountain National Park.

Federal funds that have been used in the past have been depleted as states across the American West have turned to the U.S. Forest Service and the Natural Resources Conservation Service for help restoring burned forest lands.

And while agencies like Northern say the cash is critical, it’s only a down payment on what is going to be needed to restore mountain water collection systems embedded in national forests.

“We’re very worried,” said Esther Vincent, Northern Water’s manager of environmental services. “The runoff season is upon us and we’re starting to see the black water.” She’s referring to the water laden with sediment and toxins entering streams from burn areas. 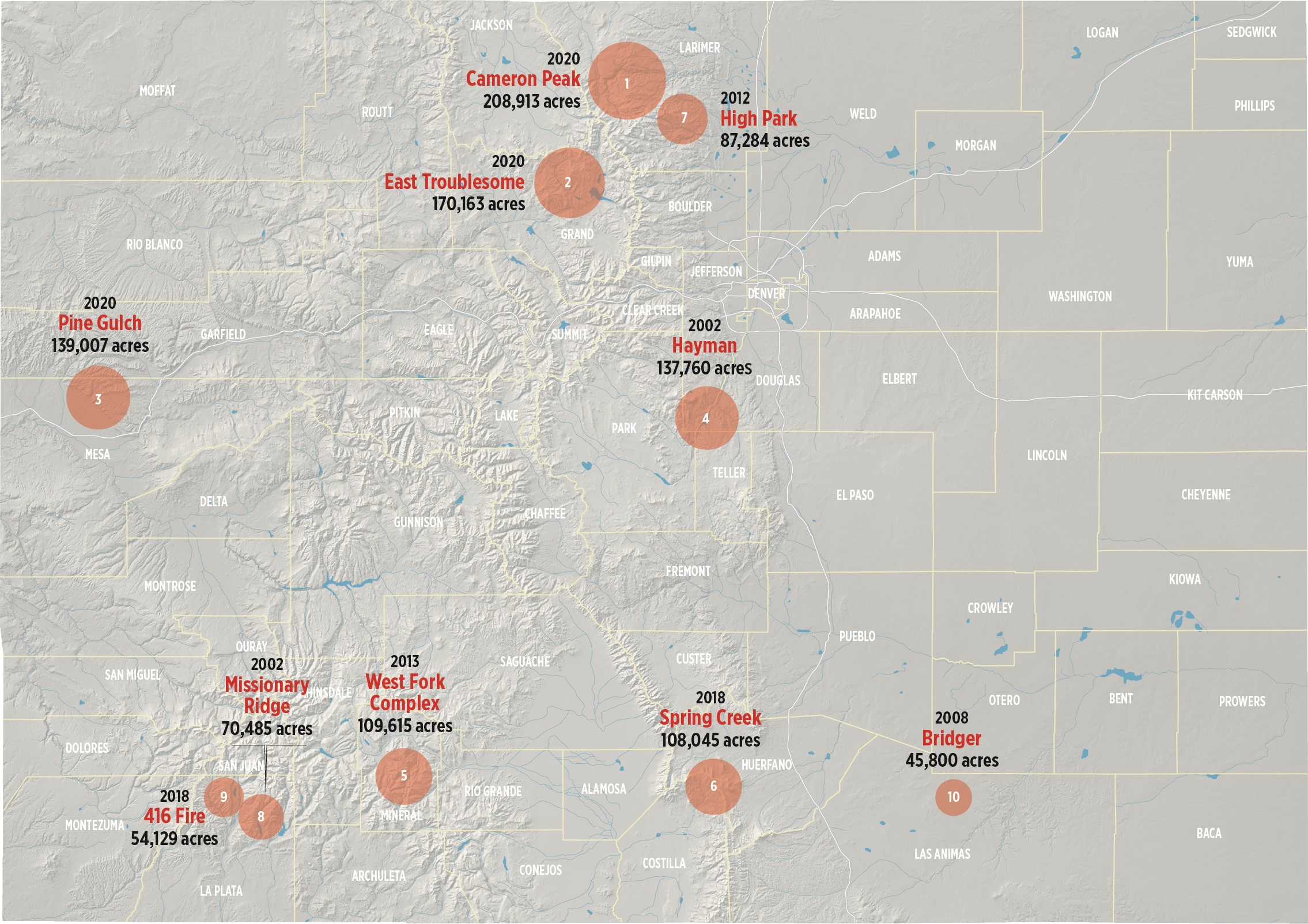 Colorado’s 10 largest fires on record have occurred since 2000, with seven of them happening in the last 10 years. The red circles indicate the number of acres burned in proportion to one another. Locations are approximate. Credit: Chas Chamberlin

Vincent said working through Congress to get emergency funds and to address federal agency rules that limit how funds can be used on private and federal lands will take months and, more likely, years.

“There is a reasonable chance that the U.S. Forest Service may not see funding for this until 2022. But it’s really urgent that we do some of this work now,” Vincent said.

To address the crisis, Northern, as well as a number of cities and agencies across the state, have turned to Colorado’s congressional delegations for help. But so far, little progress has been made.

U.S. Senator Michael Bennet and his staff are working on finding small pools of cash across a variety of federal agencies in various states to help fund work this summer. And there is some hope, staffers said, that emergency cash might be set aside by Congress later this summer through a special disaster appropriation or through a national infrastructure bill.

“There is no one thing that is broken. There are statutory issues, like how the [NRCS] Emergency Watershed Protection Program operates, and the limitations on what the forest service can do. There are cultural issues with how all of these agencies interact with one another,” Timmons said. “There are a lot of threads here that need to be worked on.”

But for this summer, Northern and other water utilities across the state are focused on restoring their watersheds and finding the cash needed to fix them.

“It’s a vast landscape,” said Northern General Manager Brad Wind. “How do we fix a burn and at the same time keep looking forward and investing in our watersheds for the future?”