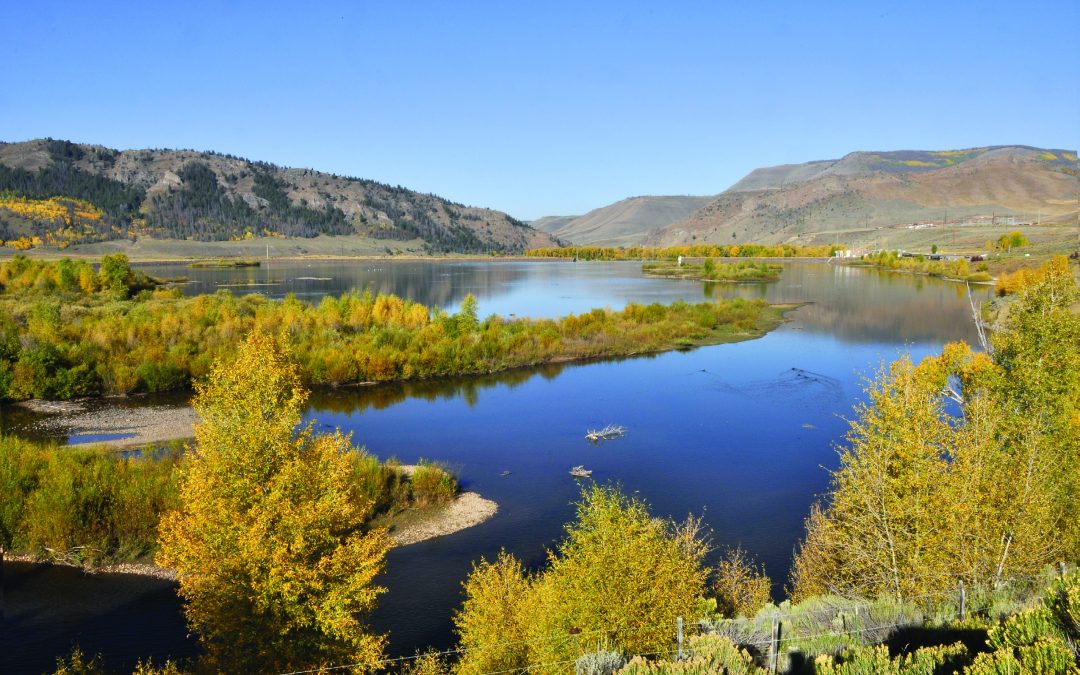 Thanks to a major infusion of COVID-related state stimulus cash earlier this year, nearly $13M in grants was awarded by the Colorado Water Conservation Board on Sept. 16 to projects designed to improve irrigation systems, aid the environment, improve water storage, and reconnect a critical channel on the Colorado River in Grand County.

The Colorado Water Conservation Board (CWCB) has historically dispensed $7.5 million annually in grants to assist projects that align with the goals of the 2015 Colorado Water Plan.

Thanks to the state stimulus funding, state legislators delivered $15 million in cash to the grant program, more than double last year’s amount. The funds must be awarded by July 2023.

In addition to supporting the water plan, the grants are designed to benefit multiple segments of the state’s economy, according to Anna Mauss, the CWCB’s chief financial officer.

“That can be hard to define,” she says, “but we are looking at solutions that benefit all sectors.”

The projects and their grants can be found here:

Environment and recreation projects represented the largest slice of the pie at $6.6 million. The second largest slice, at $4.2 million, went to water storage and supply projects. Four agriculture projects together got $1.5 million.

The largest recipient of grants funds, at $3.8 million, is the Windy Gap Dam bypass, a project that will reconnect a critical channel on the Colorado River in Grand County. It has federal, state and county funding and cash from conservation organizations and landowners, all working under the umbrella of the Northern Colorado Water Conservancy District, which owns Windy Gap.

The dam was constructed in the 1980s just below the confluence of the Fraser with the Colorado River west of Granby. Aquatic life has since diminished. The new channel is to reconnect the Colorado downstream from the dam with its upstream habitat.

According to the application, the project will expand the river’s gold medal trout fishery and make this segment more resilient in the face of increased water diversions, wildfires and climate change.

The Colorado Department of Agriculture got nearly $300,000 for a soil health project that will focus on the Republican River watershed for three years. Program directors expect 10 farmers to participate, incorporating water-saving actions into their land-use planning in a way that will conserve 47,000 acre-feet annually. In this way, according to the grant application, the project will also help sustain the Ogallala Aquifer.

Two other projects getting funding are on the Front Range. At Barr Lake, located along Interstate 76 northeast of Denver, the Farmers Reservoir and Irrigation Co. plans to enlarge the storage capacity. A new study of regional extreme precipitation by the Colorado Dam Safety found that raising the spillway culvert would safely accommodate 1,500 acre-feet of additional storage. This, however, will inundate structures in the surrounding state park. The $279,000 granted the company will provide partial funding to mitigate the higher water levels on the park facilities.

Trout Unlimited was awarded $300,000 for efforts to restore populations of the greenback cutthroat trout, Colorado’s state fish, at the headwaters of the Cache la Poudre River. The species is native to the Eastern Slope, but the Poudre is augmented by diversions from the headwaters of the Colorado River in Rocky Mountain National Park. Most prominent of those diversions is the Grand River Ditch. The $300,000 granted to Trout Unlimited will go to creating a fish barrier in the Grand Ditch where it flows across the Continental Divide and into a tributary of the Poudre River.

David Nickum, executive director of Colorado Trout Unlimited, said that the project will take about 10 years. The greenback is currently federally listed as threatened by the Environmental Protection Agency, but Trout Unlimited hopes that a recovery stronghold on the Poudre can result in delisting. The full project will provide connected habitat for the trout species to more than 38 miles of stream and more than 110 acres of lakes and reservoirs.

Correction: An earlier version of this article incorrectly identified the owner of Windy Gap Reservoir.