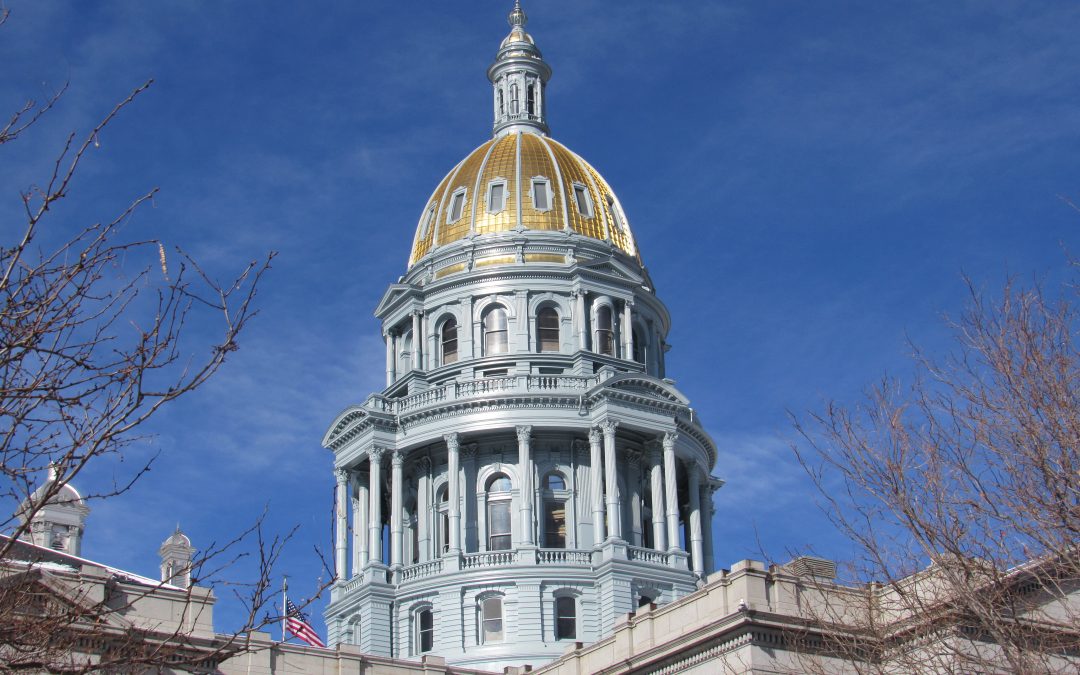 Arndt said districts would be formed voluntarily and noted that any property tax assessments would require voter approval. “The Colorado way,” she said, “opt in.” Catlin, the bill’s co-sponsor, agreed. “This is an opportunity for communities to take some preemptive steps and, if needed, be able to bond through the state to get help and make the payments to take care of the problem.” Keith McLaughlin, CWRPDA executive director, emphasized that “every $1 in fire mitigation efforts saves between $3 and $6 in fire suppression costs.”

The House Agriculture, Livestock, & Water Committee passed the bill unanimously to the House Finance Committee Feb. 22. It will be heard there on March 4.

Concern with declining water tables and the volume of water leaving the state in excess of compact requirements led Rep. Richard Holtorf, R-Akron, a rancher and dryland farmer, to introduce House Bill 1043. The bill would require the Colorado Water Conservation Board (CWCB) to contract with a state university to study ways to maximize beneficial use of water by storing excess surface flows in aquifers for future use. The study would identify aquifers with storage capacity, funds to pay for storage, specific storage projects, and proposed legislation to implement its recommendations. It would be due to the interim Water Resources Review Committee by Aug. 1, 2022.

While acknowledging the value of underground water storage, some House Agriculture, Livestock, & Water Committee members questioned the need for the study since several similar studies had already been done and at least two large water providers—Denver and Greeley—are looking into aquifer storage of surface water as a long-term option to supplement their water supplies. There were also concerns about who would have rights to excess surface flows. Rep. Arndt, committee chair, asked, “Who would get those rights…you can’t just capture excess water?” Rep. Holtorf replied that whoever’s next in line when it reenters the river would gain use to the water; nothing changes the prior appropriation doctrine.

Rep. Holtorf concluded, “I’m not going to say it’s not complicated, but at the end of the day we’ve got to do something to get maximum beneficial use of water that we give away and try to keep it in our state for the beneficial use of everyone.” He had the backing of the Colorado Cattlemen’s Association, Colorado Farm Bureau, Colorado Water Congress and Colorado Groundwater Association. The committee passed the bill 9-1 to the House Finance Committee.

The Colorado Water Plan, adopted in 2015, projects a need to spend an additional $100 million a year for 30 years in state money to fully fund water projects and activities to meet its objectives. Funding to date has come nowhere near that figure, but a bill introduced this session will try to put a dent in it.

Senate Bill 34, sponsored by Sen. Don Coram, R-Montrose, would create the Water Resources Financing Enterprise made up of both the CWRPDA and CWCB board of directors. The new enterprise would provide grants and loans for drinking water, wastewater treatment, and raw water delivery projects. The enterprise could issue revenue bonds to be repaid from fees assessed on drinking water customers of 25 cents per 1,000 gallons of water delivered each month in excess of the first 4,000 gallons. SB21-034 would generate roughly $37 million annually. If passed, it would go on the November 2022 ballot as a legislatively referred measure for approval by voters statewide.

The bill is similar to legislation Sen. Coram introduced last year. That bill was defeated in committee with assurances that it would be studied in greater detail by the interim Water Resources Review Committee. The pandemic, however, wiped out all interim studies. SB21-034 has been assigned to the Senate Agriculture & Natural Resources Committee and is scheduled to be heard on March 4.

Correction: An earlier version of this article stated incorrectly that Greeley and Denver were already storing water underground.