Yes, there is good news in dark times: A water dividend for the Colorado River as coal plants close 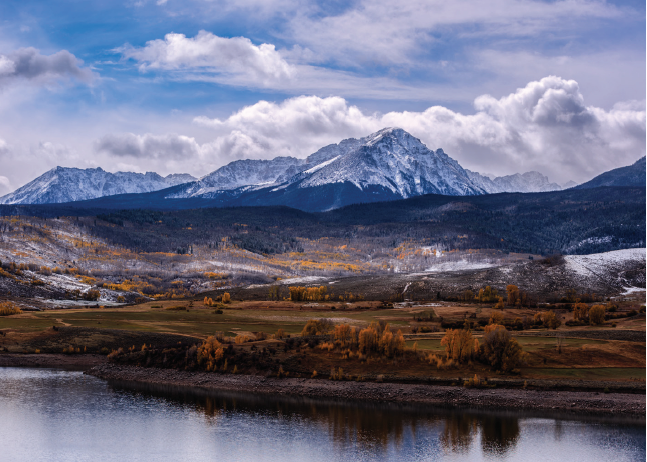 The Yampa River in northwestern Colorado flows for about 250 miles before it meets the Green River on its way to the Colorado River. Adobe Stock

On the drought-stressed Colorado River, a rare piece of good news is emerging from an unlikely source: coal-fired power plants.

Over the next decade, many coal-fired power plants now operating in the Colorado River Basin—from Colorado to Arizona to New Mexico—will be retired and replaced with solar energy, wind energy or natural gas.

The water once used to cool their turbines could soon be available for other uses, from water for homes and food production, to water for fish and streams, and even water to help fill a new drought-protection pool in Lake Powell.

The shift is happening quickly as many facilities reach the end of their operational lives, renewable energy grows price-competitive with fossil fuels, and states strive to reduce their contribution to climate change by cutting greenhouse gas emissions.

That raises the prospect that a significant amount of water — around 160,000 acre-feet per year — could be available for other uses in the Upper Colorado River Basin over the next decade, according to estimates derived from Bureau of Reclamation data by former Colorado River District general manager Eric Kuhn.

“160,000 acre-feet of consumptive use per year is actually a lot of water,” wrote Kuhn in a March 10 blog post about the “water dividend” that could result from coal plant closures. “Water-efficient cities such as Las Vegas or Phoenix could serve more than 1.5 million people with this amount of water.”

Xcel Energy, one of Colorado’s two investor-owned electric utilities, plans to close two units of its Comanche Generating Station near Pueblo in 2023 and 2025, respectively, replacing 725 megawatts of coal-fired generation with a mix of wind, solar, natural gas and battery storage.

In January, Tri-State Generation and Transmission, an electric cooperative serving large swaths of rural Colorado, announced that it will retire all of its coal-fired power plants and coal mines in Colorado and New Mexico by 2030. That includes the 1,285-megawatt Craig Station, a coal-fired power plant in Moffat County.

The phenomenon is not limited to Colorado: In Arizona, the Navajo Generating Station operated by the Salt River Project closed in 2019. In northwestern New Mexico, the San Juan Power Plant began to retire units in 2017 and will completely shut down by 2022, while the Four Corners Power Plant nearby will fully retire in 2031.

For decades, the water used to cool many of these coal plants has come from the Colorado River or its tributaries. The Boulder-based environmental group Western Resource Advocates (WRA) estimated in a 2012 paper that Xcel’s Comanche facility uses roughly 8,600 acre-feet of water per year for cooling. (One acre-foot is enough to supply two average Colorado households for a year or to irrigate approximately two-thirds of an acre of farmland.)

WRA estimates that the Craig Station uses about 16,400 acre-feet of water annually. The Navajo, San Juan and Four Corners facilities in Arizona and New Mexico use a combined 67,000 acre-feet of water each year, according to WRA senior climate policy analyst Stacy Tellinghuisen.

There are examples of Colorado coal plants closing and relinquishing their water supplies. In 2014, Black Hills Energy closed its W.N. Clark power plant in Cañon City. The utility now plans to sell the water used to cool the plant back to the local ditch company for agricultural uses, and to gift the proceeds to Cañon City to help offset the economic impact of the plant closure. The transaction was approved by the Colorado Utilities Commission March 20.

Yet in Colorado and around the West, the debate about how water from shuttered coal plants should be used is just beginning. In Pueblo, the Arkansas River water now being used to cool the Comanche Generating Station is leased from the Pueblo Board of Water Works, and thus will be returned to the utility when two units of the station close, according to Xcel Energy spokesperson Michelle Aguayo.

In Craig, where the coal plant will continue to operate for another decade, the local community is primarily focused on replacing the 250 jobs that the plant now provides, along with the 219 jobs provided by the nearby Colowyo Mine, which is also slated for closure and whose coal fuels the Craig Station.

Mark Stutz, a spokesperson for Tri-State, said in an emailed statement, “Tri-State has not made any decisions on the future use of its water from its retiring generating stations and related facilities…Tri-State will listen to the input of interested stakeholders as we consider our options.”

Talks between Yampa Valley locals and Tri-State about the plant’s water rights are in their early stages, and some residents say they are glad to be at the table discussing how that water could shape the region’s economic future.

“We are going to be impacted, and maybe there is nothing we can do, but we want to make sure that we are a part of the conversation,” said Will Myers, a Craig-based civil engineer who hails from a fourth-generation ranching family and serves as the agricultural representative to the Yampa-White-Green Basin Roundtable. “We want to try to help our community as much as we can.”

Other Yampa Valley residents say they hope the plant’s water stays in their river basin for the benefit of locals, rather than being piped over the Continental Divide to cities on the Front Range.

“It is my hope that these water rights are not purchased by an outside entity that would move the water out of the basin and over the divide(s) somewhere else,” said Kent Vertrees, president of the environmental group Friends of the Yampa, in an email. “Moving the water downstream and keeping it in the river would help with the environment and recreational flows that have little to no protection in the Yampa River at this point in time.”

Kuhn, the former River District head, says that converting the Craig Station’s water to instream flow water rights held by the Colorado Water Conservation Board (CWCB) could be a “win-win” for local communities and the Upper Colorado River Basin as a whole.

“If the local community is going to pivot to an economy that is more recreation-based, then converting those coal plant water rights to instream flows benefits recreation,” Kuhn said.

Leaving water in Colorado River tributaries such as the Yampa could also aid the Upper Colorado River Basin’s Drought Contingency Plan, an agreement finalized last spring whose overarching goal is to boost water levels in Lake Powell as the region’s 20-year drought continues. Keeping the reservoir above minimum water levels ensures Glen Canyon Dam can continue to produce hydropower and that the Upper Basin can meet its water delivery obligations to Lower Basin states like California and Arizona under the terms of the 1922 Colorado River Compact and related agreements.

One emerging strategy for saving water under the drought plan is called “demand management,” where water users would be paid to cut their water use, with the saved water left to flow downstream to Lake Powell to fill a protected “drought pool.” Such compensated water use reductions are expensive, Kuhn argues, while converting coal plant water rights to instream flow rights held by the CWCB could be much cheaper.

“It’s cheaper than paying farmers to stop farming,” he says. “We would have to compensate [the coal plant owners] for a right that’s not used. What’s the value of a right that you are never going to use again?”

“I know in the case of Craig, the company and local community are focused heavily on transition for their workers, and the local tax base, right now,” said Colorado Water Trust executive director Andy Schultheiss in an email. “Eventually, they’ll get to the water, and we’ll likely be involved in those conversations when they happen.”

Nelson Harvey is a freelance reporter and editor based in Denver. He has written for Modern Farmer, High Country News and many other publications. See his work at nelsonharvey.com