Final funding for feature documentary to be raised through grassroots campaign 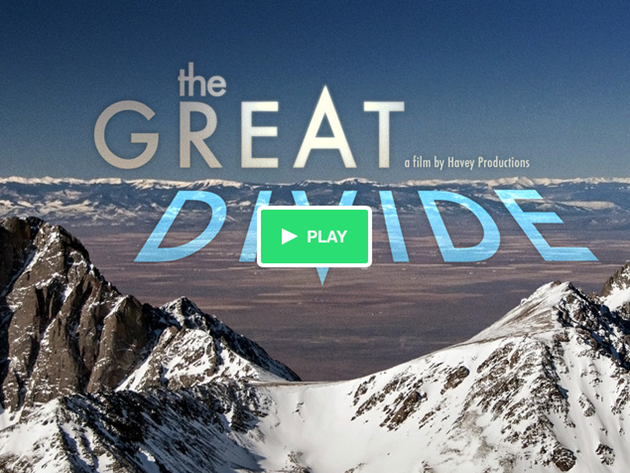 Havey Productions’ Great Divide film on water in Colorado will debut in Spring 2015. Final funding for the film will be raised through a Kickstarter campaign. View the campaign and film trailer here.

Havey Productions announced in early September that final funding for The Great Divide, a feature length documentary on the history of water in Colorado, will be raised through a grassroots Kickstarter campaign. The campaign kicked off September 8, but there’s still time to contribute! The Great Divide will raise public understanding and appreciation of Colorado’s water heritage while inspiring personal responsibility and informed discussion concerning the vital challenge confronting the state and region with increasing urgency — forging collaborative solutions for managing this most precious resource for a prosperous and sustainable future.

The Great Divide from the Emmy award winning team of Havey Productions, in association with Colorado Humanities, will illustrate the timeless influence of water in both connecting and dividing an arid state and region. From Ancestral Puebloan cultures and the gold rush origins of Colorado water law to agriculture, dams, diversions and conservation; the film will reveal today’s critical need to cross “the great divide,” replacing conflict with cooperation.

Millions of people, billions of dollars and an enormous amount of economic activity are all dependent on rivers born in the mountains of Colorado. The Department of Natural Resources predicts that Colorado’s population will double by 2050 .

“The information in this film needs to be heard now, and with a statewide tour of Colorado screenings in partnership with the Colorado Tourism Office, 9News as our media sponsor and PBS broadcasts throughout the west – it will be heard,” director Jim Havey said. “We’ve been raising money from the water community in Colorado for the past year and they have responded generously, representing a broad base of support.  With the public’s help through this Kickstarter campaign, we will meet matching grant requirements and complete the fundraising.”

Havey Productions produces emotionally rich and uniquely powerful films that inspire audiences to act. The Emmy Award-winning team has produced many films on the people, places and stories of Colorado and the American West including Centennial Statehouse: Colorado’s Greatest Treasure, Union Station: Portal to Progress and Molly Brown: Biography of a Changing Nation.

To contribute to this Kickstarter campaign, or to learn more about The Great Divide, please visit https://www.kickstarter.com/projects/haveypro/the-great-divide