GO TIME For Colorado’s Water Plan: How will we meet the plan’s conservation and environmental goals? 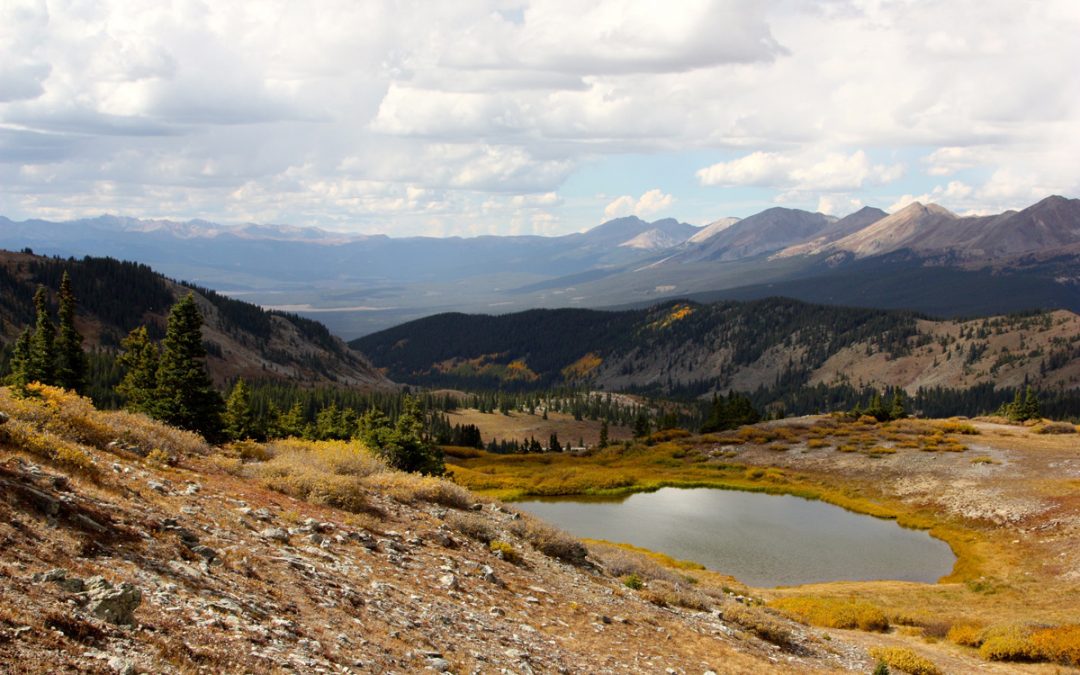 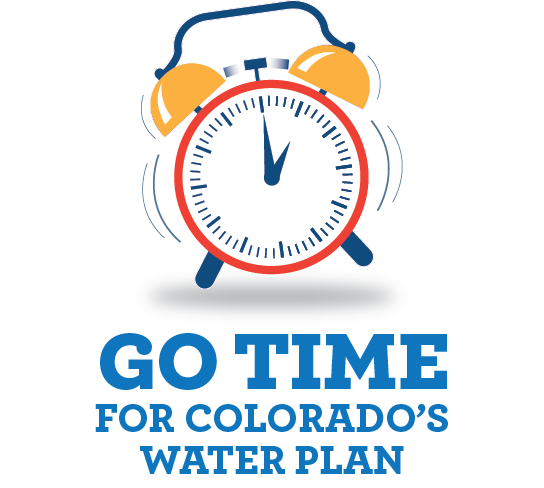 Picture an automotive assembly line. Across the factory floor, workers labor in isolation to piece together the car’s engine, transmission and chassis into a cohesive whole. On the surface, the vehicle that emerges looks drivable, but until it hits the road there’s no way to be certain that it will get you to your destination.

Colorado’s first-ever water plan, the 10-year grassroots project that cobbles together solutions from the state’s nine river basins to bridge a projected mid-century gap between water supply and demand, is a bit like that car. When Gov. John Hickenlooper triumphantly hoisted the final water plan at a mid-November ceremony in Denver, the hundreds of Coloradans who contributed to its formation paused to take a congratulatory breath. Yet even then, questions were swirling about how the voluntary plan would work—how the state’s utilities, businesses, advocacy groups and individual water users would internalize its recommendations and take responsibility for its goals—and whether they would, by the plan’s own measurement of success, be able to close the municipal water supply and demand gap without compromising other values.

Here, in our first installment of a 2016 Headwaters series on the plan’s implementation, we turn those questions on two of the plan’s nine defined measureable outcomes: water conservation plus watershed health, environment and recreation.

The water plan sets an ambitious “stretch” goal of conserving 400,000 acre-feet of municipal and industrial water annually by 2050. That level of conservation would go a long way toward closing Colorado’s projected gap between water supply and demand—about 560,000 acre-feet per year in 2050 under a business-as-usual paradigm—and sharply reduce the need for new water supplies procured through controversial measures like new transbasin diversions or the dryup of irrigated agriculture.

Drew Beckwith, water policy manager for Western Resource Advocates, says achieving the goal will mean reducing per-capita water demand by about 1 percent per year between 2010 and 2050, so that each Coloradan’s demand 35 years from now will be 35 percent lower than it is today. “We’ve been achieving that rate of conservation over the last 15 years in Colorado, and water providers have told the state that they plan to continue doing it in the future, so there is lots of evidence that it’s possible,” Beckwith says.

Getting there will require long-term collaboration between state agencies and water utilities and their customers, whether those customers are motivated by their environmental ethos or a hefty water bill. To reach the goal, utilities will have to implement measures outlined in the “high conservation” scenario laid out in the 2010 Statewide Water Supply Initiative report by the Colorado Water Conservation Board (CWCB), the agency that oversaw the water plan’s creation.

That scenario, which CWCB water conservation specialist Kevin Reidy calls “difficult but not impossible” to achieve, involves things like at least half of all utilities introducing individual water budgets for their customers, where water use targets are set and financial penalties imposed for above-average use. Other possibilities: Between 70 and 100 percent of municipalities might adopt conservation-oriented plumbing and building codes, and at least half of the water-hungry turf in the state might be replaced with low water-use plantings. 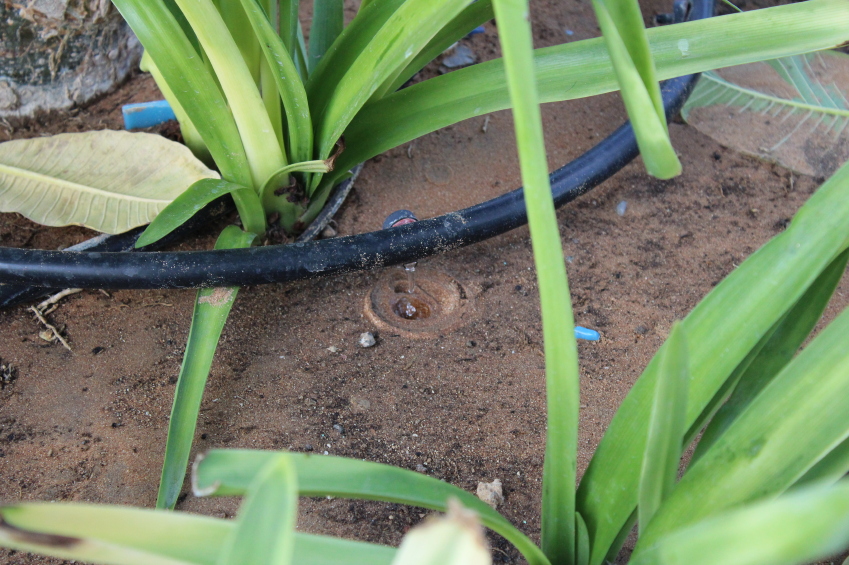 Much of the responsibility will rest on the shoulders of water providers and customers, but the water plan pledges that the state will also take steps to encourage conservation. One is to make comprehensive water resource planning by utilities a pre-condition of any state support of—or funding for—new water projects, thus requiring utilities to show they’re on track with conservation before receiving state funds. (Although utilities delivering at least 2,000 acre-feet of water per year are already required to submit conservation plans to the CWCB, the new mandate would require they integrate those plans with other aspects of their operations.)

“We believe that we can use incentives to push people in the right direction,” says Jacob Bornstein, CWCB program manager for the basin roundtables and Interbasin Compact Committee.

Compared to the challenge of achieving the conservation goal, keeping tabs on progress will be relatively easy, thanks to a 2010 state law—House Bill 1051—requiring water providers (those that sell 2,000 acre-feet of water annually) to report their annual water use and conservation data to the CWCB to aid in water supply planning.

“Going forward we’ll have data that we can use to monitor our progress,” says Beckwith. “Also, if individual utilities are doing well with conservation we would expect them to publicize that. Maybe through a combination of record keeping and self-promotion, we will get there.”

The connection between the health of Colorado’s forests and the quality of our water seems abstract, until you consider that 80 percent of the water we use for drinking, irrigating and washing flows through a forested watershed before it gets to the tap. Protecting clean water requires protecting vast swaths of forest that often cross jurisdictional and political boundaries, areas that face threats as varied as wildfire, flood, invasive species and abandoned mines. Even for the savviest collaborator, it’s a formidable challenge, and one that the water plan addresses head-on by recommending the creation of locally based protection and management plans for 80 percent of the watersheds considered “critical” to Colorado’s water supply—along with 80 percent of locally prioritized streams—by 2030.

“These plans look at everything that impacts watershed health, from fire to transportation to agriculture,” says Carol Ekarius, executive director of the Coalition for the Upper South Platte (CUSP), a watershed protection group, and co-founder of Coalitions and Collaboratives, Inc., which gives technical support to emerging watershed groups. “Having these plans in place in your watershed gives you the ability to find grants and do projects that move the needle in the right direction.”

In the Arkansas River Basin, a group called the Arkansas River Watershed Collaborative that was founded in the summer of 2015 with the help of a $265,000 CWCB grant has already hit the ground running. The group, established by the Arkansas Basin Roundtable as part of putting its Basin Implementation Plan in motion, is working to assemble a watershed protection plan, while simultaneously creating maps of vital infrastructure to guide firefighters battling blazes near the town of Victor; thinning forests and cutting firebreaks around Turquoise Reservoir near Leadville; and researching where to place sediment and debris basins in the Huerfano and Cuchara drainages to minimize sediment runoff during floods.

Aside from supporting groups like these by helping to pay for the staff and facilitators who keep them running, state agencies could speed the formation of new groups by sharing best practices around the state says Gary Barber, an independent water consultant in Colorado Springs and former chair of the Arkansas Basin Roundtable.

“The CWCB could cross-pollinate, acting like bees in a field of flowers,” Barber says. “They could show individual basins what has been done in other basins and allow them to replicate those things.”

There’s also an urgent need for the state to boost funding for environmental and recreational water projects generally: The water plan estimates that covering 80 percent of critical watersheds and streams with protection plans alone could cost $18 million, and meeting all of the state’s environmental and recreational water needs such as river restoration work or the establishment of whitewater parks could require between $2 and $3 billion by 2050. The current funding pot for such projects pales in comparison: About $11 million in state funds is available each year, or just $385 million between now and mid-century.

One idea the water plan floats to close the gap is a state-sponsored “green bond fund” that would sell state-issued bonds to environmentally concerned investors content with slightly below-market returns, using the proceeds to fund water projects. Another possibility is public-private partnerships that pair state funds with contributions from corporations to pay for projects overseen by local watershed groups.

Though funding is still in question, Ekarius says she’s pleased with the water plan’s direction: “We all depend on ecosystem services from these watersheds. It’s great to see the state saying that we have to take care of these systems, so that they take care of us.”