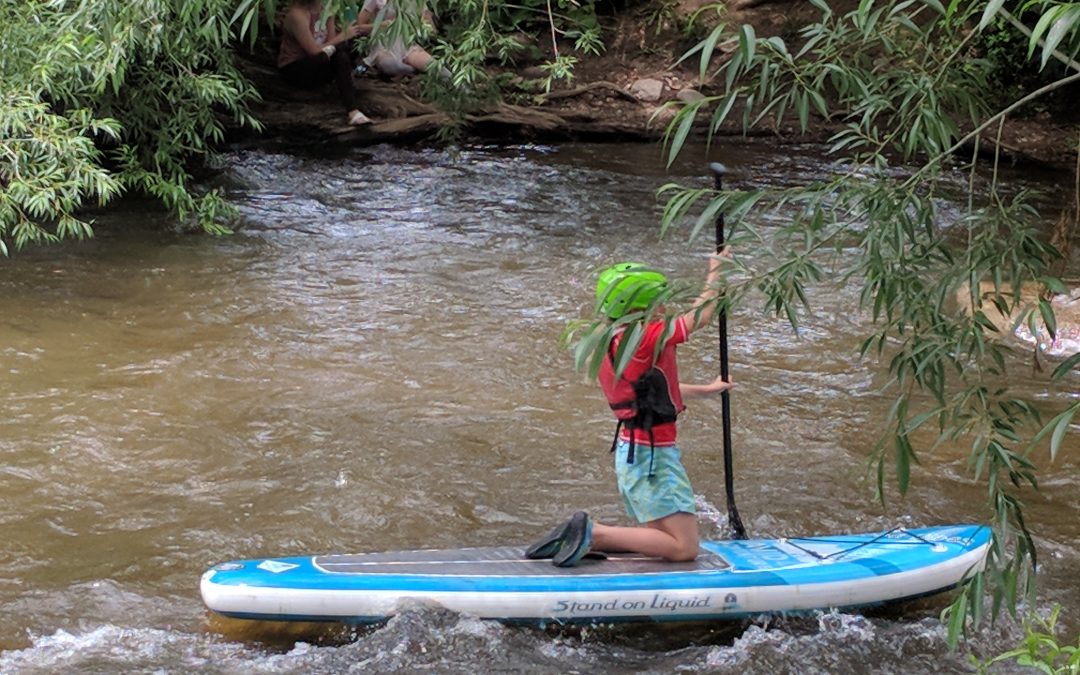 Public health officials advise people who recreate in rivers to wash their hands before eating or drinking anything, to try not to ingest any river water, and to stay out of the water if they have open cuts or sores.

As the South Platte River winds its way through this stretch of downtown Denver, people flock to its banks to cool off when temperatures rise: tubing, swimming and even fishing. But public health officials urge caution when it comes to taking a dip in urban rivers and lakes due to the presence of E. coli, something that is proving to be one of the biggest challenges when it comes to water quality in urban areas.

“E. coli is a bacteria that lives in the guts of mammals, so it can come from urban wildlife, raccoons, foxes and rats. It can also come from pets and also from humans.”

Jon Novick is an Environmental Administrator with the Denver Department of Public Health and Environment. The DPHE has issued several warnings this summer and even closed some swim beaches due to elevated levels of E. coli. They’re doing regular testing at places like Confluence Park.

“Places that we know people are getting into the water. We try to get out there at least once a week or every other week to get samples and better understand the risk to public health.”

Urban areas are most at risk for E. coli due to the presence of animals like raccoons and foxes. Jon Novick says this can make it difficult to control. 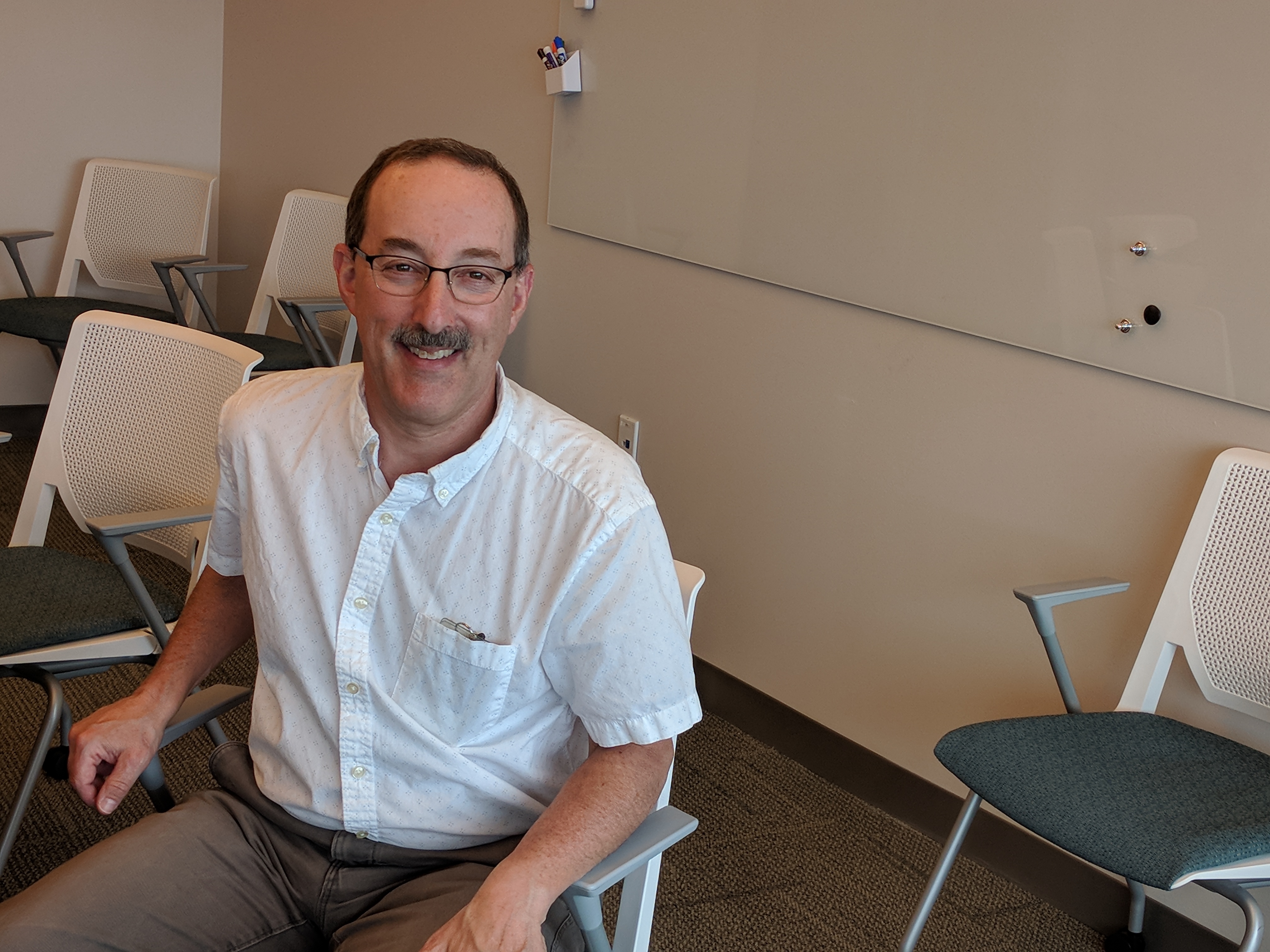 Jon Novick is an environmental administrator with the Denver Department of Public Health and Environment.

“Raccoons are really challenging because they move through the neighborhood using storm sewers, right, so they get into the storm sewers, they’ll come down to the river, they’ll come back into the neighborhoods where they’ll have shelter and food sources. They live in the storm sewers so they’re also defecating in there and it’s very challenging to keep them out because if you try to put a grate or something on a storm inlet to prevent them from getting in there, then what happens is during a storm event, trash and leaves and other litter washes up and it plugs up your storm inlet, creating a flooding issue.”

E. coli is an indicator organism, that means it indicates the presence of other microorganisms that can be harmful to human health. Prior to the year 2000 state health officials used another indicator organism to monitor stream health, so they don’t have historic data on E. coli levels. But Aimee Konowal, Watershed Section Manager with the Colorado Department of Public Health and Environment, says the data they do have, shows E. coli is an issue.

“What we do know since we’ve changed that indicator species in about the year 2000, we know that our 303D list of impaired water, so that’s the list that we send to EPA, has increased by 60% since 2012, so there is an increase, but one thing to note about that, it’s not an indication necessarily of levels increasing, it is an indication though that we are out there monitoring more streams, we are out there looking more, other communities are looking more, so we’re getting additional data that we never had before, so we’re getting a better picture of what’s going on but I don’t know if I could say that historically levels are increasing.”

Denver has seen some improvements in E. coli levels over the past five decades, but Jon Novick says it remains a persistent problem.

“Over the past 10 to 15 years there hasn’t been much change despite all the work we’ve been doing to improve water quality and part of that is related to the fact that these organisms live in the sediment, in the streams and so they have all the shelter that they need and they have food sources and once they’re there it’s just very challenging to remove them.”

Denver has invested in UV lights to zap E. coli in some stormwater runoff as part of their efforts to improve water quality. The City of Boulder is also grappling with E. coli.  15 years ago a stretch of Boulder Creek was deemed impaired due to high levels, in excess of state water quality standards.

Candice Owen, Stormwater Quality Supervisor with the City of Boulder says they are working on an overall strategy to tackle E. coli.

“We’re in a monitoring stage of that, looking for sources. We’ve prioritized different pieces of the system. We’ve been doing monitoring for years at our outfalls but now we’re working up through the system in a really systematic way to look for those sources.”

Owen says E. coli is challenging to monitor due to fluctuations in results.

“We can see a high E. coli sample one week and it’ll drop really low the next, it can be very variable from sample to sample and so as much as we’re tracking these things, sometimes we hit dead ends or we have to reevaluate and we’re definitely trying to get a number of samples to find those consistent sources.” 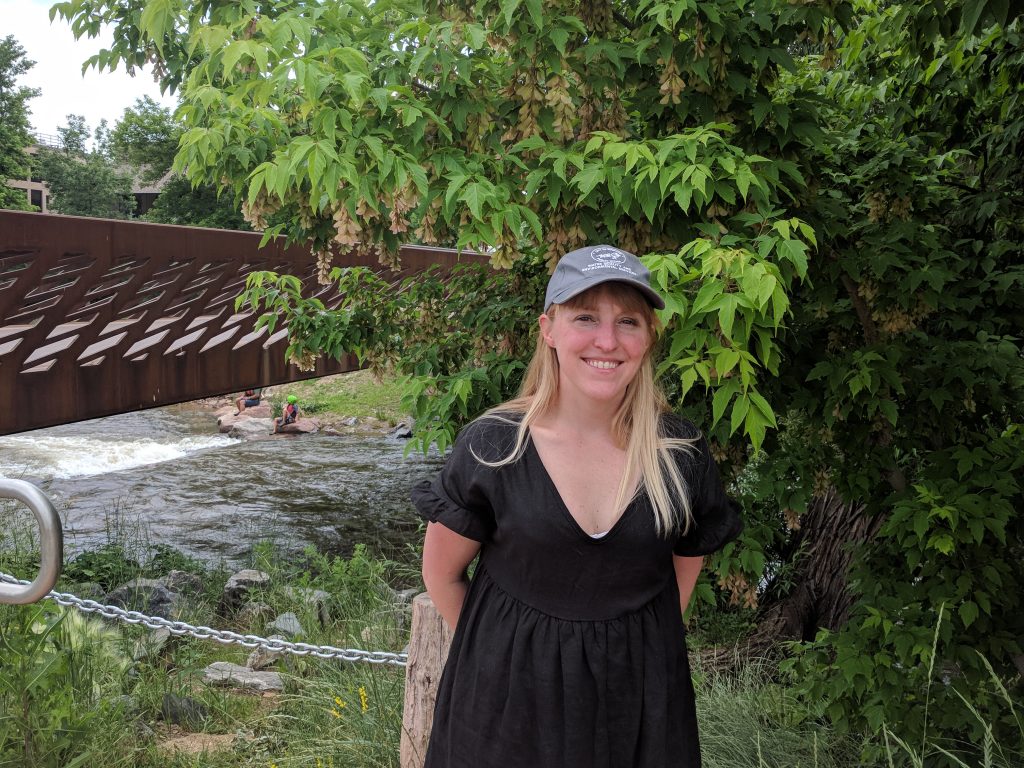 Candice Owen, stormwater quality supervisor at the City of Boulder.

Some local water advocates are calling for more action. Art Hirsch is with the Boulder Water Keepers.

“I’d like to see more involvement with the stake holders in actually putting one plan together to really investigate the E. coli.”

Hirsch says one major stakeholder that needs to take responsibility is the University of Colorado. A stretch of Boulder Creek that runs by the campus has tested for E. coli levels exceeding 2,000 organisms per 100mls, far in excess of the state standards of 126 per 100 mls. CU says it is fully compliant with state stormwater permits and is working with the city on the issue.

Hirsch wants increased testing throughout Boulder Creek and better communication with the public. He’d like an annual report on E. coli that would communicate water quality issues and keep people up to date on mitigation efforts.

“A lot of people don’t realize that this is an impaired stream so there’s an actual health risk when they go in here and actually do have some sort of body contact, and that’s what the water quality standard is based on is some sort of risk associated with the standard.”

How to communicate E. coli levels to the public is something local authorities are grappling with.  Real time results are not available as it takes several hours for the test to be completed. Sharing that information with the public can then be a challenge says Aimee Konowal of the Colorado Department of Public Health and Environment.

“It’s really hard to post signs and indicate that maybe we have been seeing elevated levels of E. coli in these streams. We work really closely with local health departments and they sometimes will take on that responsibility to inform their community about if there are elevated levels or not.”

“Nope, not going to stop me getting in…I guess if I learned it’s at a toxic level that was dangerous, it would affect me.”

But he adds that if information was readily available, he would take notice.

“Just tell me, brief me, I’ll read, I’ll believe you. Just keep it fresh, keep it real, not a week ago but now…what’s happening now, I’ll pay attention to it.”

Denver has an online map where E. coli monitoring is shared with the public. In the meantime, public health officials like Jon Novick, urge people to take precautions. Stay out of rivers and lakes for 72 hours after a storm, as increased storm water runoff can lead to elevated E. coli.

After that he says, just use common sense.

“It’s always a good idea to wash your hands before you eat or drink anything, try not to drink the water when you’re in there and if you have open cuts or sores, it’s probably a smart idea to just stay out of the water.”