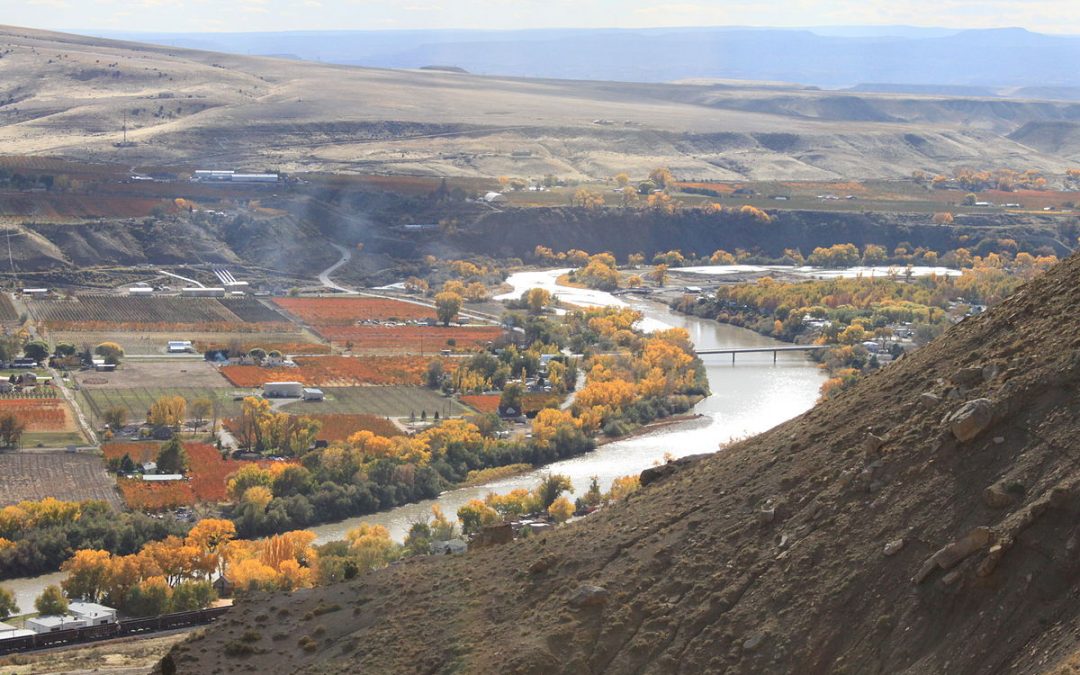 Colorado and the three other states who make up the Upper Colorado River Basin, for the first time in history, are being given a chance to set aside up to 500,000 acre-feet of water in a new drought pool in Lake Powell.

But there’s a catch.

Each state has to agree on who is going to cut back on water use so the water can be sent down to Lake Powell, and who is going to pay for it. And that’s a tough question, especially here.

In September, Denver Water and other major Front Range utilities testified before the Colorado Water Conservation Board, saying that a voluntary program that pays water users to conserve is the best approach, but they suggested there wasn’t enough time or money to create such a program and that the state should also plan for a mandatory, uncompensated program.

That testimony angered West Slope water interests, including the Colorado River Water Conservation District and others, who fear that Front Range political clout could up-end the state’s normal program for allocating water.

“There is worry that is going on,” said Russell George, former speaker of the Colorado House of Representatives and a member of the CWCB. “It’s the chaos of the unknown. If we can’t make the voluntary system work, then an involuntary system of necessity will be harder to manage and it will have winners and losers.”

Colorado water users and the state must agree in principle, by early December, how to set aside the water, a critical step in getting ahead of an 18-year drought that continues to drain the river and threatens the water supplies of Colorado’s largest cities and farm economies and others throughout the West. The U.S. Bureau of Reclamation has set a year-end deadline for each of the Colorado River Basin states to finalize their drought contingency plans.

“We need to be able to show (the U.S. Bureau of Reclamation), by early December, that we’ve made significant progress,” said Rebecca Mitchell, director of the CWCB.

Next week in Denver, the CWCB will vote on the principles governing how that water will be saved, whether the program will be voluntary or mandatory, and whether those who reduce their use will be paid for doing so.

But if major water entities on the West Slope and Front Range don’t sign off on the CWCB’s plan, the lack of statewide consensus could lead to a standstill that will further delay work on the larger, seven-state drought plan and the federal legislation needed to authorize the new drought pool in Lake Powell. Water officials want to see that legislation introduced early next year.

Seven states comprise the Colorado River Basin. The Upper Basin includes Wyoming, Colorado, Utah, and New Mexico, while Arizona, Nevada and California make up the Lower Basin. All seven receive their water from the river under the rules established in the 1922 Colorado River Compact and subsequent legal rulings. 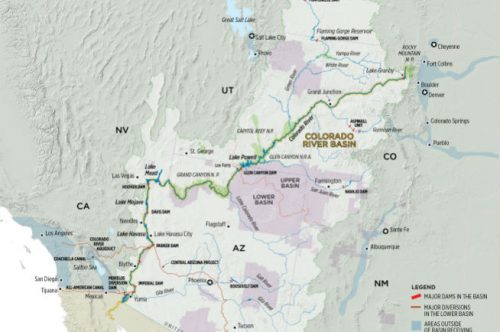 State Engineer Kevin Rein is Colorado’s top water regulator and is responsible for administering all water rights here. He said state law does not allow him to implement mandatory cutbacks unless there is a violation of the Colorado River Compact and the Lower Basin states opt to take legal action.

For now, if water users and the CWCB determined changes to state law were necessary to allow a mandatory cutback of water to prevent a compact violation, legal experts said the state would have to embark on an extensive public rulemaking process that would have to be approved by lawmakers and the courts.

Since September, when the controversy first erupted, powerful Front Range interests have softened their stance on the need for a mandatory program.

“There have been press reports that the Front Range wants to see mandatory reductions. That could not be farther from the truth,” said Denver Water CEO Jim Lochhead. “That is not something we are looking for or that we want. It’s simply recognizing the reality of the hydrology and that the State of Colorado may be forced to do something more if we can’t move quickly enough to stand up a voluntary program.”

Under Colorado law, water is distributed under what’s known as the Prior Appropriation Doctrine. It says that water users with the oldest water rights get their water first when there are shortages.

Under that scenario, any Colorado water users with rights that pre-date the 1922 Colorado River Compact would be protected in the event of legal action by the Lower Basin states.

Could the state’s water users come up with a new plan? One in which all water users, regardless of their place in line under the Prior Appropriation System, come up with a way to voluntarily share in the water cutbacks?

Maybe, says George, who was the architect of a far-reaching law in 2005 that created public roundtables in each of Colorado’s river basins, providing for local control and some funding for regional water projects.

“The data is telling us that the crisis is closer and therefore this decision making has more urgency to it,” he said.

“Can we sit down and talk now? Is there a formula we can all agree on? The West Slope is worrying that this might cause more loss for them. But if we’re going to have pain, can’t we share it in some way, some formulaic way? We have to figure out – on both sides of the [Continental] Divide—– what each formula would look like.”

While the question of whose water use would be reduced is a big one, equally big is the amount of money it would take to convince enough water users to cut back under a voluntary program.

Kathleen Curry is a former state lawmaker and West Slope rancher who sits on the Upper Gunnison Water Conservancy District Board.

She believes it will likely cost much more than $200 per acre-foot to lure enough West Slope irrigators into a voluntary program, and she’s deeply concerned that a failure to come up with enough cash could provide the Front Range with an incentive to use its political muscle and tilt the tables against her neighbors.

But also worrisome for West Slope water officials is what happens if a well-funded, voluntary program succeeds. Would it accelerate the loss of West Slope farms?

“If the financial offer is better than irrigating your fields, these families are going to make business decisions and it would accelerate the process of agricultural decline,” Curry said.

“You have to respect their right to do that. What I find most distressing is if we get into that murky area of curtailing a senior diversion while a junior [Front Range] diversion continues at full speed. I’m hopeful that comes off the table next week,” Curry said.