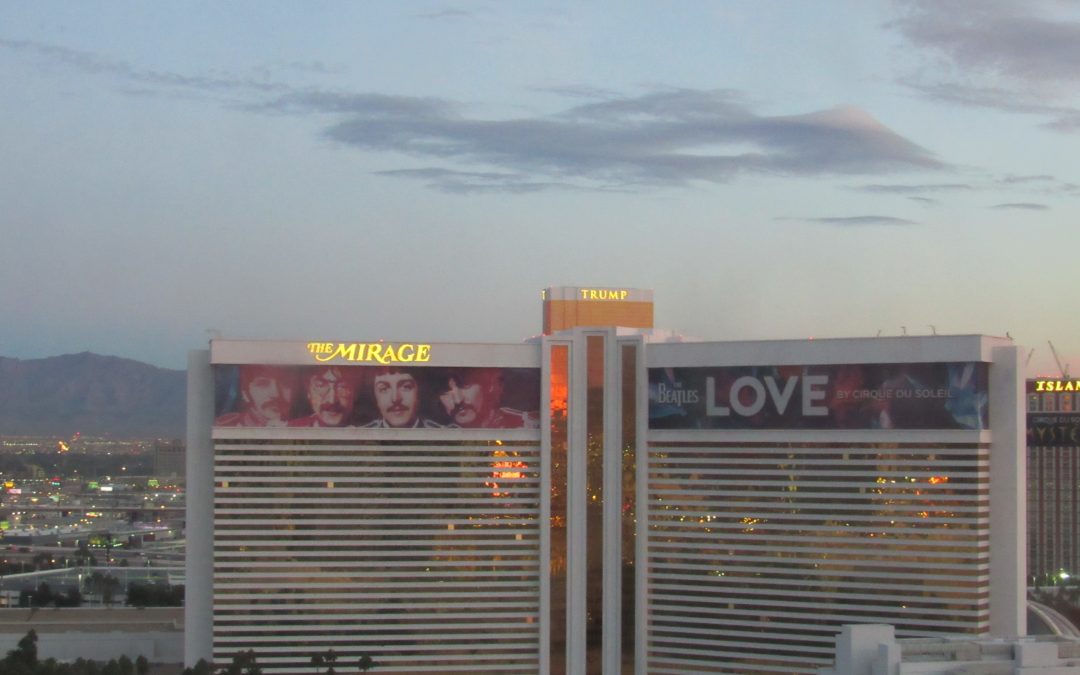 Hundreds of water users are gathered in Las Vegas this week to iron out Colorado River issues. Photo by Jerd Smith.

Las Vegas—A powerful Colorado River agency formally approved a far-reaching set of drought plans Wednesday, paving the way for a critical seven-state accord designed to stave off mandatory cutbacks in water use in the midst of a 19-year drought.

The decision came at the Colorado River Water Users Association annual conference in Las Vegas, an event attended by several hundred of the West’s most powerful water interests.

But another major water player in the West, the Ute Indian Tribe in northeastern Utah, said it would seek a seat on the Upper Colorado River Commission in order to ensure it has a voice in how the drought-stressed waterway is managed. The tribe controls roughly 30 percent of Indian water rights in the region, tribal officials said.

Upper Colorado River Commission members said they were relieved the formal drought plan approval was in place even as they discussed how to include the tribe in the commission’s work.

“This is historic,” said James Eklund, Colorado’s representative on the Upper Colorado River Commission. “This demonstrates we have momentum.”

Seven states comprise the Colorado River Basin. The Upper Basin includes Wyoming, Colorado, Utah and New Mexico, while Arizona, Nevada and California make up the Lower Basin. All seven receive their water from the river under the terms established in the 1922 Colorado River Compact and subsequent legal rulings. 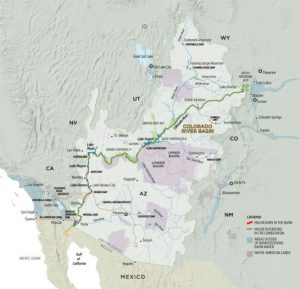 In October, the Upper and Lower Basins agreed to coordinate their regional drought protection plans, an unprecedented event on the fight-prone river. But that deal depended on each of the Upper Basin states, water users in those states, and the Upper Colorado River Commission approving those plans as well.

Lower Basin states also had to individually okay these coordinated drought plans. All approvals, except Arizona ‘s and California’s, are now in place.

The next step is for the states to present a unified request to Congress to authorize changes to various laws so that the new agreements can be implemented. They would, among other things, give the Upper Basin states a protected, 500,000 acre-foot storage pool in Lake Powell.

And Lower Basin states would seek to store more water in Lake Mead, and to share in some cutbacks, rather than leaving certain water right holders, such as Arizona, to absorb most of the shortages, as the law now requires.

The tribe’s request adds another layer of complexity to a tense political situation.

Still the tribes have had a much smaller voice in the water world up until now, in part because much of their water has never been legally developed, an expensive process that can take years in court.

The Ten Tribes Partnership, formed in 1992, includes the Ute Indian Tribe, and the partnership has endorsed the tribe’s effort to win a place on the Upper Colorado River Commission. In all, 22 federally recognized tribes rely upon the Colorado River.

“The tribe has not developed water rights to the extent municipalities have,” said Shaun Chapoose, a member of the Ute tribal commission. “But as you get to this time of climate change shortages, you are going to have to have all people with an interest in the resource in the conversation. Our tribe felt it would be more appropriate to see if there is a way that we can become a part of this organization to resolve these water rights issues. If I am participating it’s harder for me to sit on the outside and criticize and complain.”

Because the 1948 Upper Colorado River Compact that established the river commission was authorized via federal legislation, any change allowing an addition to the commission would likely require approval by the states and federal government, according to Pat Tyrrell, who represents Wyoming on the river commission.

Correction: An earlier version of this story failed to note that California has not approved its drought plan.