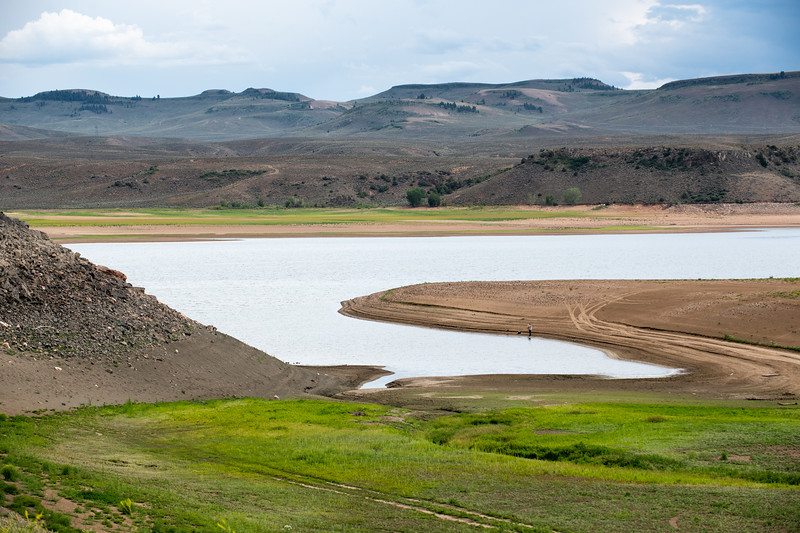 “It’s going to be a challenge for this year and the forseeable future until we get a banner snowpack year,” said Karl Wetlaufer, assistant snow survey supervisor for the Natural Resources Conservation Service (NRCS) and a task force member.

Statewide reservoir storage is at 85% of average, a number that hasn’t improved much in the past three years, Wetlaufer said.

Colorado derives the majority of its drinking and farm water supplies from mountain snows that are collected in reservoirs, and as a result, reservoir levels are closely watched.

Across the state’s eight major river basins, those to the north remain the wettest, with the South Platte Basin, which includes metro Denver and the Northern Front Range, seeing storage levels at roughly 94% of normal.

The Colorado River Basin headwater region has storage levels of 98%.

But to the southwest, in the hard-hit San Juan Dolores Basin, which includes Durango, reservoir storage levels are the lowest in the state, registering just 67% of normal,

At the same time, a new report from the U.S. Drought Monitor shows that the majority of Colorado remains in moderate to severe drought, with the southern portion of the state still mired in extreme drought.

Looking ahead to September, the forecast shows near normal precipitation for the state, but much higher temperatures as well.

According to Bolinger, it is likely that La Niña conditions will continue into the fall and beginning of winter. But if the fall is warm and dry, that could worsen drought conditions and Colorado could start another snowpack season at a deficit.

Still, Colorado’s ability to store water is a bright spot in the broader Colorado River Basin, where Lake Mead and Lake Powell are hovering around just 25% full.

The seven Colorado River Basin states, which include Colorado, New Mexico, Utah and Wyoming, in the Upper Basin, and Arizona, California and Nevada, in the Lower basin, are under an emergency order to come up with a plan to slash water use by 2 million to 4 million acre-feet by August or face mandatory cuts imposed by the federal government.

“We are not getting enough years like 2019 (which had above average mountain snowpacks) to boost reservoirs again,” Bolinger said. “The more likely scenarios are for less water.

“Despite sounding all gloom and doom, if everybody knows what they have to work with, they will adjust. When you know what you’re working with, then you can make good decisions,” she said.