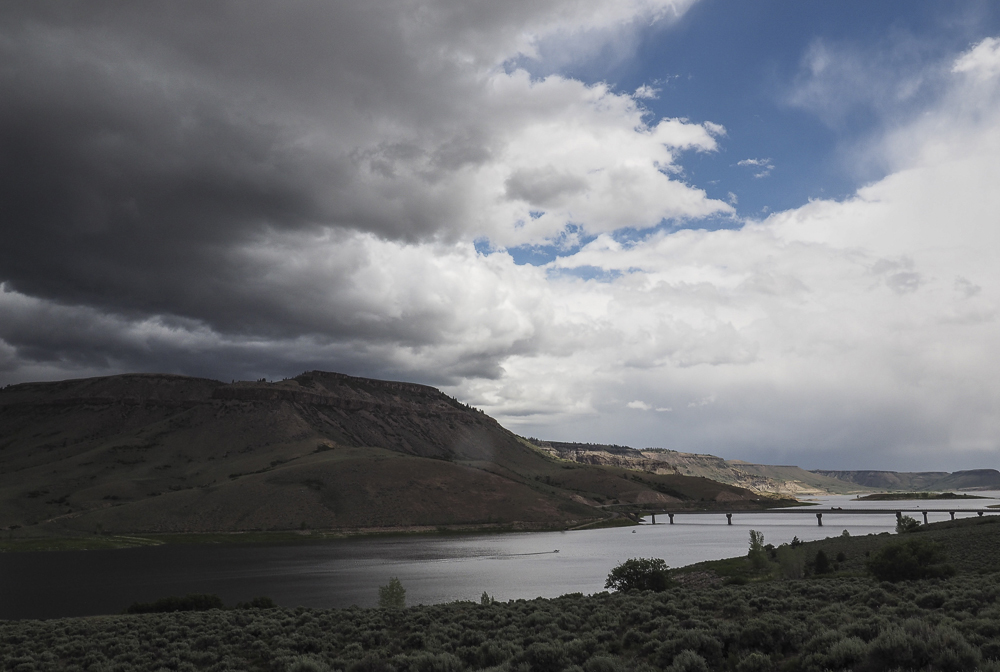 Blue Mesa Reservoir is Colorado's largest lake, 20 miles long with a surface area of over 14 square miles. The reservoir was created by the damming of the Gunnison River by the Blue Mesa Dam in 1966 as part of the Colorado River Storage Project, helping control the flow of water into the Colorado River. Credit: Dean Krakel

This year’s return of summer rains provided much relief to ultra-dry soils across Colorado and helped break the heat, but the state’s streams and reservoirs remain quite low, causing concern about the upcoming water year.

Western states that rely on mountain snows monitor supplies based on a calendar that begins Oct. 1 and runs through the critical snow and spring runoff seasons. The 12-month period is known as a water year.

Soil moisture levels are the highest they’ve been since 2014, and that could improve next year’s spring runoff season, water officials said last week at a meeting of the state’s Water Availability Task Force.

Since May, the summer rainy season increased precipitation dramatically, with river basins across the state measuring precipitation that ranged from 110% to 160% of normal, according to the Natural Resources Conservation Service (NRCS).

“The big thing is how much better the summer precipitation has been and even coming into fall. That is going to make a huge difference in the soil moisture statewide,” said Karl Wetlaufer, assistant snow survey supervisor for the NRCS. “The last two to three years we’ve started winter with such dry soil moisture. But we got a really strong monsoon season and it should really, really help boost soil moisture values and that will boost runoff next spring.”

Generally, when soil moisture levels are low, more precipitation soaks into the ground, decreasing runoff. But though the wetter soils mean Colorado could derive more water when the mountain snows melt, it is unlikely to improve the water supply situation in the new water year by much.

Streamflows too remain low. A look at the state’s eight major river basins shows that most are well below where they should be at this time of year, with the San Juan and San Miguel basins registering at just 65% of average. Streamflows in the Arkansas Basin were the healthiest, registering 102% of average.

According to the U.S. Bureau of Reclamation, the drought-strapped river system is likely to generate only 86% of its supplies, or 8.3 million acre-feet, as compared to the 30-year average, in the new water year. But the minimum probable forecast is just 49% of average, with the river system generating just 4.7 million acre-feet of water.

That is due in part to weather forecasts indicating that the fall is likely to be warm and dry again, according to Bolinger.

“The seasonal forecasts are showing that for the October, November, December time period we are likely to have a warmer than average pattern and leaning toward a drier than average pattern. It’s a big hurdle to overcome … we could quickly and easily get back into a really bad drought and low water supply situation.”