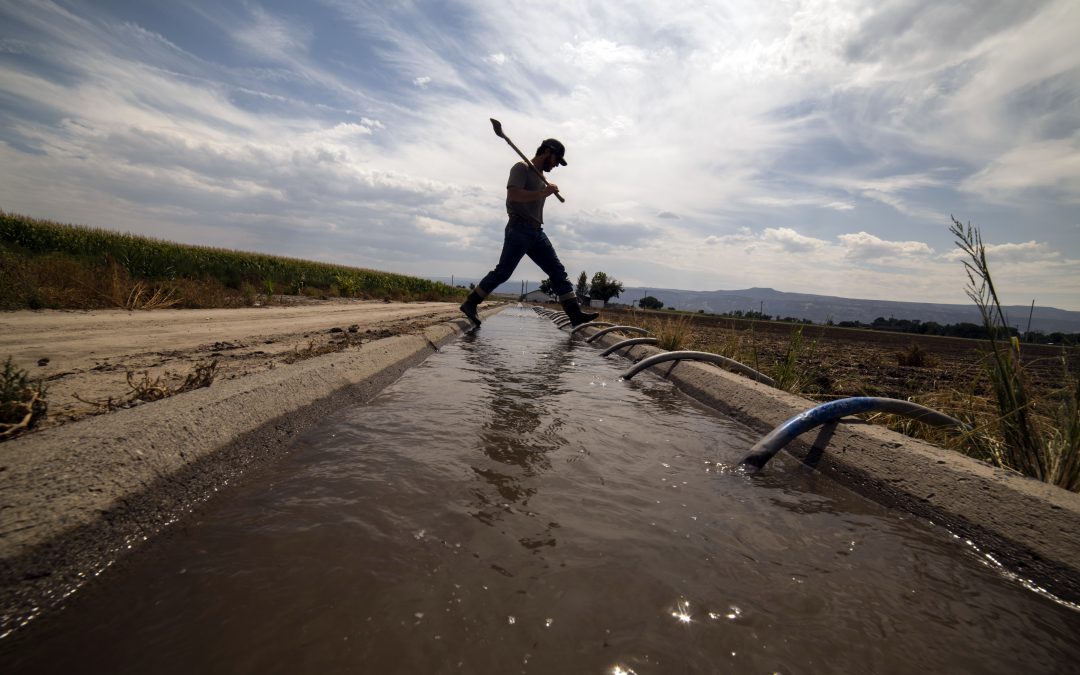 Colorado, New Mexico, Utah and Wyoming may face requests for voluntary cutbacks in their use of Colorado River water next year, as the federal government eyes releasing more water from Flaming Gorge Reservoir and as Arizona, California and Nevada scramble to find ways to slash water use quickly.

Experts say these actions are among dozens of options likely to be on the table as negotiators race to find ways to help rescue lakes Powell and Mead, whose levels continue to drop in the midst of another desperately dry drought year.

Last month, U.S. Bureau of Reclamation Commissioner Camille Touton gave the seven states that share the Colorado River 60 days to come up with a plan to cut water use by 2 million to 4 million acre-feet next year and going forward to keep the system from collapsing. A plan is expected to be unveiled on or before Aug. 16.

The Colorado River system reservoirs, including Powell, Mead and Flaming Gorge, are managed by the federal government and Touton has made clear that the feds will decide how to cut water use themselves if the states and other major players, such as the tribes and environmental groups, don’t come up with their own feasible plan.

This week the Upper Basin states, which include Colorado, released a five-point plan outlining what they would be willing to do. Actions in the plan include supporting the release of more water from Upper Basin reservoirs, re-starting a large-scale farm fallowing program, improving water measurement and monitoring, saving more water in a special drought pool in Lake Powell, and implementing more conservation programs in the Upper Basin.

What the Lower Basin states will propose isn’t clear yet, but what is clear is that the dwindling river continues to deteriorate.

What the river produces

Once thought to generate more than 15 million acre-feet (maf) of water annually, the Colorado River as a whole now generates much less, thanks to a 22-year drought that shows no signs of easing. With the Lower Basin states, Arizona, California and Nevada, routinely using some 10 maf, and the Upper Basin states using between 3.5 to 4.5 maf, lakes Powell and Mead have been drawn down to cover the river’s annual shortfalls.

Now, the massive hydropower plants at Lake Powell are in danger of shutting down, with Powell and Mead roughly 25% full.

According to a new Reclamation analysis the system will need 600,000 to 4.5 million acre-feet annually through 2026 to keep Powell’s hydropower system operating and help balance the river system. This is in addition to current efforts to increase lake levels and conserve water.

While Upper Basin states have called loudly for Lower Basin states to shoulder the burden for Commissioner Touton’s cuts, Colorado experts such as Brad Wind, general manager for the Northern Colorado Water Conservancy District, said everyone will have to contribute to achieve the cutbacks.

“I imagine the folks at the negotiating table are looking at every tool possible to rebalance the system. Some mandatory, some voluntary,” Wind said. “We need to put our heads together on how we can conserve water. The supplies are shrinking. If we have to have cutbacks, and that is one option we have heard about, it would have grave consequences for Northern Colorado.” 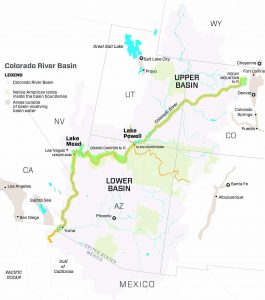 But it is already clear that won’t be enough.

“It’s reasonable to assume that they are looking at all pots of water available to them, including Flaming Gorge,” Gimbel said.

She also said it was likely that the Lower Basin will ask the Upper Basin states to make voluntary cutbacks in their own water use, given that California, Arizona and Nevada are being forced by the federal government to do so.

“The Lower Basin would ask the Upper Basin to cut back as part of any bigger deal that’s on the table, but that will be a hard sell in the Upper Basin because we haven’t been using our full 7.5 million acre-feet,” she said.

Melinda Kassen, a former environmental water attorney for Trout Unlimited and the Theodore Roosevelt Conservation Partnership, said watching the Colorado River unravel has been disappointing, because so many people have been trying for years to get the states and the federal government to act sooner.

“This all could have been prevented,” she said, “and it’s particularly painful for me to watch, given that we gave the Upper Basin a chance with the DCP [2019 Drought Contingency Plan] to think hard, do a lot of testing and try some things, and they chose to do nothing.”

Kassen was referring to Colorado’s decision earlier this year to temporarily halt work on establishing a drought pool in Lake Powell, which would have required voluntary reductions in water use primarily by the state’s farmers, and the ability to track and measure the amount of conserved water that made it to Powell. Those reductions, envisioned to be temporary and compensated, would have come as part of a program known as demand management, and putting it in place under the DCP requires agreement from all four Upper Basin states.

“We could have stored 500,000 acre-feet in Powell,” she said. “We could have put together a program to pay people not to farm. The water wouldn’t have been lost. Instead we squandered an opportunity to figure out how to do this.”

Colorado officials cited, in part, waiting for the other Upper Basin states to catch up as the reason for putting the program’s development on hold.

All eyes on ag

Because agriculture consumes roughly 80% of the river’s supplies basin-wide, finding ways to slash agricultural water use in the short term and long term will be critical, experts said.

Gimbel and others are hopeful that billions of dollars in new funding through the new federal infrastructure act can be used immediately to pay growers to temporarily cut back use until ag irrigation systems can be further modernized to use less water.

“When we have federal money to spend, we need to be looking at innovations in irrigation and farming,” Gimbel said. “But it’s not just as simple as changing crops. We know that irrigation uses a lot of this water, we know we depend on it to feed ourselves, but we have to put some heavy duty investments into how to do it differently and sustainably.”

On Aug. 16, Reclamation will release a new 2023 forecast for the river. Negotiators, unless they get an extension, must have a plan ready by then, according to Reclamation officials.

Larry Clever manages the Ute Water Conservancy District in Grand Junction, which relies solely on the Colorado River and its tributaries for its supplies.

Clever is among those who are calling for immediate cutbacks in use by the Lower Basin states. Without those, he said, there will be little chance of bringing Powell and Mead back up to more sustainable levels.

“It’s hard to fill a bathtub when the drain is open,” he said.