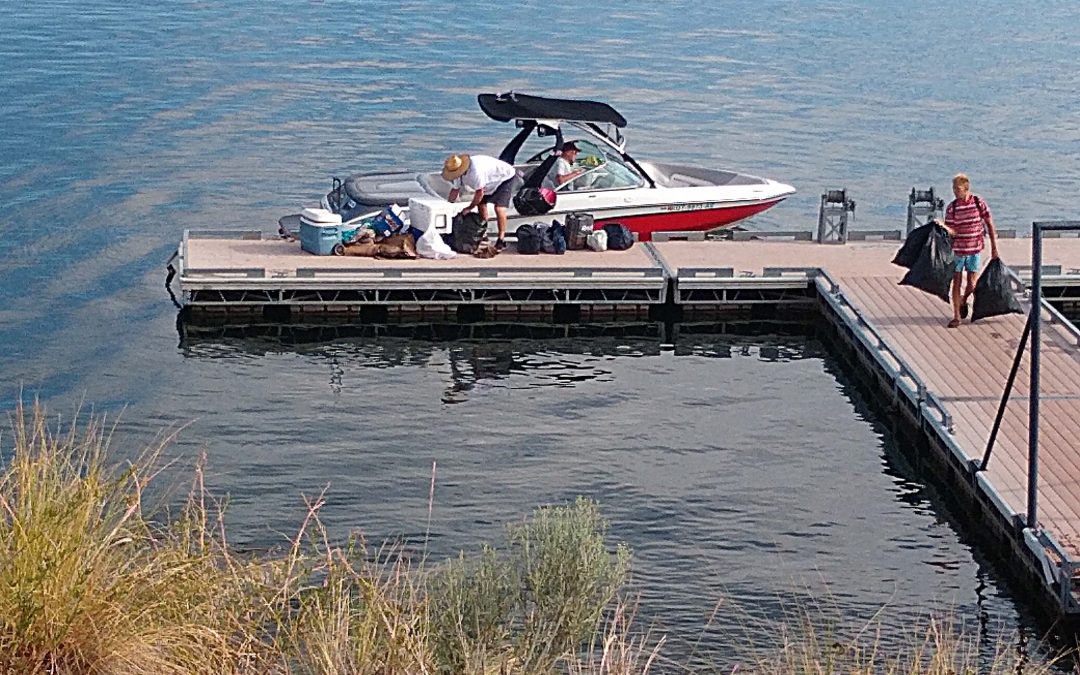 A series of emergency water releases from federally owned Flaming Gorge, Blue Mesa and Navajo reservoirs, which began in July and are designed to bolster hydropower production at the ailing Lake Powell, will end late this year and will be replaced by a program that instead reduces the amount of water being released from Powell.

The distinction is an important one in the Upper Colorado River Basin. The so-called Colorado River Storage Project reservoirs constitute a critical liquid savings account for Colorado, Utah, New Mexico and Wyoming, one designed to protect the states’ own Colorado River supplies from Arizona, California and Nevada in case Lake Powell drops so low that Upper Basin legal delivery obligations cannot be fulfilled.

In July, Upper Basin water managers were surprised at Reclamation’s quick decision to begin the emergency releases without consulting them, and they were concerned the releases would continue next year, further depleting their savings account. That the federal agency is embracing a different approach that will better protect the Upper Basin reservoirs is a relief, they said. 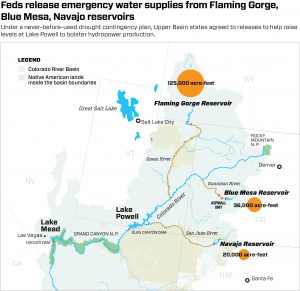 Under the terms of the Upper Basin Drought Contingency Plan, Reclamation in July ordered emergency releases from upper basin reservoirs to Powell that will extend through December. Graphic: Chas Chamberlin

Drought has plagued the Colorado River Basin for 20 years, but it hit crisis proportions this summer, pushing lakes Powell and Mead to historic lows and triggering, for the first time, emergency releases of water from Utah’s Flaming Gorge, Colorado’s Blue Mesa, and New Mexico’s Navajo reservoirs.

All told, 181,000 acre-feet of water are to be sent to Lake Powell by the end of December. Powell has dropped so low that its hydropower plants, which supply millions of homes with electricity and generate revenue for such things as a critical Colorado River endangered species program, could be forced to shut down as early as next year if water levels continue to drop as they have been. The U.S. Bureau of Reclamation estimates there is a 3% chance of this occurring next year and a 29% chance of this occurring in 2023.

If that same amount of water were going to Colorado cities, it would be enough to serve more than 362,000 homes for one to two years. If going to the state’s farms, it could irrigate more than 113,000 acres, depending on the crop.

Reclamation has said the releases will help create a buffer in Lake Powell to keep its hydropower operations working. Already with the reservoir’s ultra-low level — Powell is less than one-third full — pressure on Powell’s turbines has been dramatically reduced, meaning that less electricity is being produced now, even though the turbines are still operating. As a result, the Western Area Power Administration, which distributes the electricity, will spend millions of dollars buying extra power so it can meet its contractual obligations to its customers.

The emergency releases will end late this year. In the interim, Reclamation is consulting with the states and water managers to develop a new operating plan as part of its drought contingency operations. What happens if levels at Lake Powell continue to drop next year isn’t clear.

“It’s an open question,” Bryant said. “The best solution would be optimal hydrology — particularly snowpack and efficient runoff. The goal is to have a plan ready but wait and see what nature brings in the months ahead.“