Wastewater is aerated as it flows over steps at Aurora's Prairie Waters Project, which treats wastewater to drinking water standards. Credit: Jerd Smith

Aurora’s futuristic recycled water project — Prairie Waters— is running at full-tilt for the first time in its eight-year history, a move designed to make the city’s water supplies last longer in the face of severe drought conditions.

“We’re pushing it as hard as we can,” said Greg Baker, a spokesman for Aurora Water.

In February, as mountain snows failed to accumulate, Baker said the city began mobilizing to ramp up plant operations, knowing its reservoirs would likely not fill this summer. “We were very worried.”

By April, Prairie Waters was running at full speed, generating 9.7 million gallons a day (MGD), up from 5.1 MGD last summer, a 90 percent increase in production.

“We could possibly push it to 10 MGD,” said Ann Malinaro, a chemist and treatment specialist with Prairie Waters, “but we consider 9.7 MGD full capacity.”

Coloradans have long been used to drinking water that comes directly from snowmelt, a source known for its clear, clean taste and for its minimal treatment needs.

But Colorado rivers, like others throughout the West, are delivering less water due to drought and climate change even as booming populations require more.

For that reason, advocates of water recycling, or reuse, hope that what Aurora is doing catches on in a big way. Laura Belanger is an environmental engineer and recycled water expert at the conservation group Western Resource Advocates in Boulder. 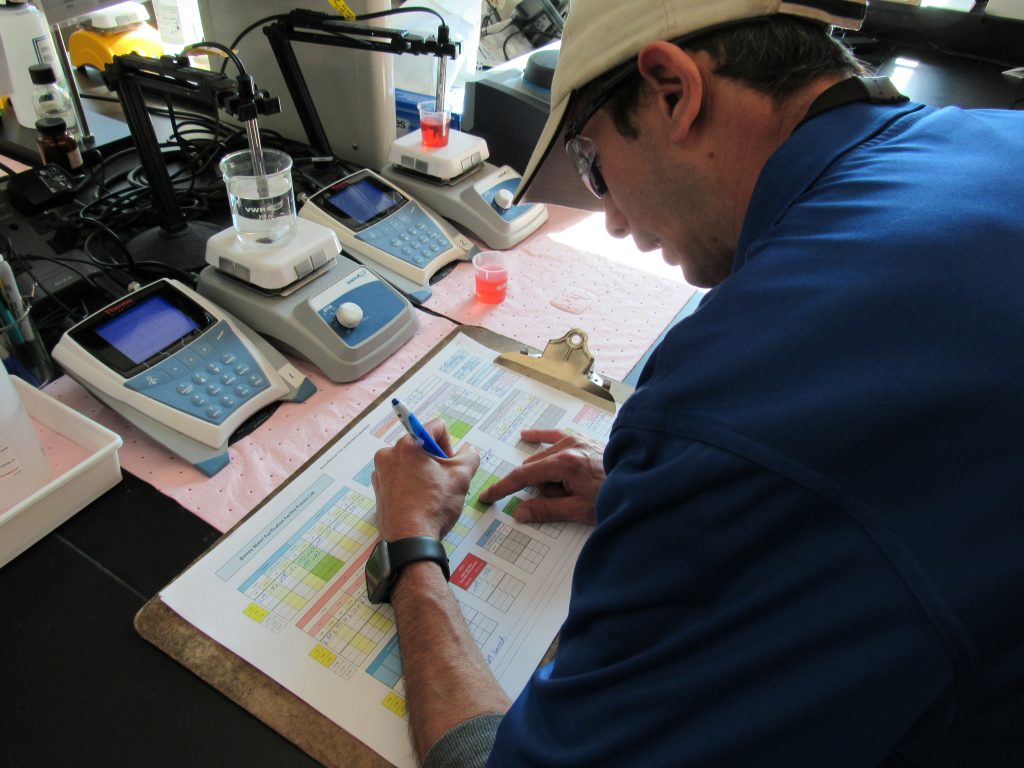 “Prairie Waters was huge, not just in terms of volume, but also because it’s really helped us advance as a state in accepting potable [drinkable] reused water,” Belanger said. “Historically, there has been a yuck factor. But Prairie Waters has helped folks understand how systems can be designed so they are safe and effective.”

Twenty-five Colorado cities, including Denver, Colorado Springs, Fort Collins and Louisville, operate recycled water facilities, according to the Colorado Department of Public Health and Environment, but that water is used primarily to water parks, golf courses and to help cool power plants, among other nonpotable, or non-drinkable, uses.

But Aurora, faced with fast-growth and a shortage of water, realized more than a decade ago that reusing its existing supplies and treating them to drinking water standards was the only way to ensure it could provide enough water for its citizens.

Completed in 2010, the Prairie Waters Project recaptures treated wastewater from the South Platte River and transports it back to Aurora through a series of underground wells and pipelines. As the water makes its 34-mile journey from a point near Brighton back to the metro area through subsurface sand and gravel formations, it undergoes several rounds of natural cleansing.

Once it reaches the Prairie Waters treatment facility near Aurora Reservoir, it runs through a series of high-tech purification processes using carbon filters, UV light and chlorine, among other chemicals. Then, before it is delivered to homes, the reused water is mixed with the city’s other supplies, which derive from relatively clean mountain snowmelt that is carried down from the mountains.

Zeroing in on quality

On any given day at the Prairie Waters plant, operators monitor water quality, conducting an array of tests every four hours to ensure the reused water is clean enough and tastes good enough to deliver to customers.

The plant is the largest of its kind in the state and is one of just 16 nationwide that use these high-tech treatment processes, according to Kevin Linder, who oversees the plant.

In 2017, the facility was honored by the U.S. Water Alliance after undergoing a series of evaluations on water quality. The prize is given to utilities who help make water use more sustainable, among other things.

Among the big initiatives this year is one that would allow the plant to offset its giant $376,000 electric bill using renewable energy sources, such as solar or wind.

Aurora has been among the most aggressive Colorado cities in developing a recycled water program in part because it realized early on that this was the fastest way to expand its water portfolio. Back in the drought of 2002, perhaps the most severe urban drought in modern Colorado history, the city’s water system generated just 27 percent of what was needed, leaving the city staring at critical shortages within a 24-month period, Baker said.

Innovating out of necessity

With little access to other sources of water, Aurora began exploring how to reuse its existing supplies. Under Colorado water law, only certain classes of water can be used more than once, and roughly 93 percent of Aurora’s water falls within that classification, according to Baker.

A large portion of Prairie Waters’ supply this year is being delivered to other fast-growing cities in Denver’s South Metro area through a cooperative delivery system known as the WISE Partnership, short for Water Infrastructure and Supply Efficiency. Many of these cities need recycled water because they are heavily dependent on shrinking, nonrenewable groundwater, rather than renewable river-based supplies.

“South Metro communities are really leading the way in reuse because they were developed based on non-renewable groundwater that really isn’t sustainable,” Belanger said.