How a Water District South of Denver Reuses Every Single Drop 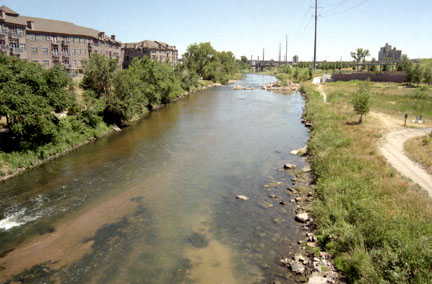 A study underway in Colorado examines whether a massive reuse program in the South Platte Basin could help stave off water shortages.

Reusing or recycling water in Colorado can be a tricky business. There are a number of factors that must be considered: whether your water can legally be reused; which method will be employed and at what scale your reuse program will operate.

At Meridian Metropolitan District we continually wrestle with each of these issues. But before we delve into our own story, here’s a bit of a primer on reuse in Colorado.

Remind Me Again, What Water Can Be Reused?

In general, there are four broad categories of water that can be reused:

How Is It Done?

Water providers are currently employing or considering a variety of tactics for reusing their reusable water supplies. These include:

However, perhaps the most overlooked consideration in reuse is the level or scale at which reuse occurs. Reuse can occur at the basin, regional, district/provider, or household level.  Leaving the household level aside for now, let’s examine each of these in the context of the South Platte River Basin, the Denver Metro Region, and Meridian Metropolitan District.

It is no surprise that Colorado has more water demands than available supplies—this is particularly true in the municipal and industrial sector along the Front Range. Not surprisingly, people across the state have differing opinions on how we should meet these water demands. Many people from the West Slope where Colorado’s transbasin diversion projects originate, insist that the East Slope and Front Range maximize reuse of existing transbasin water before contemplating new diversions.

In the South Platte River Basin, home to metro Denver, a drop of water is generally used seven times before crossing the state line—downstream water users have come to rely on the return flows from those projects. This successive or de facto reuse works on the South Platte, at the basin scale, and is meeting a wide variety of municipal, agricultural, and environmental needs. In a water-short system like the South Platte, water is not wasted, it’s just a question of the level at which the water is reused. As upstream municipalities become more efficient, some are concerned that return flows will decrease, diminishing the water supplies of downstream communities and agricultural users. 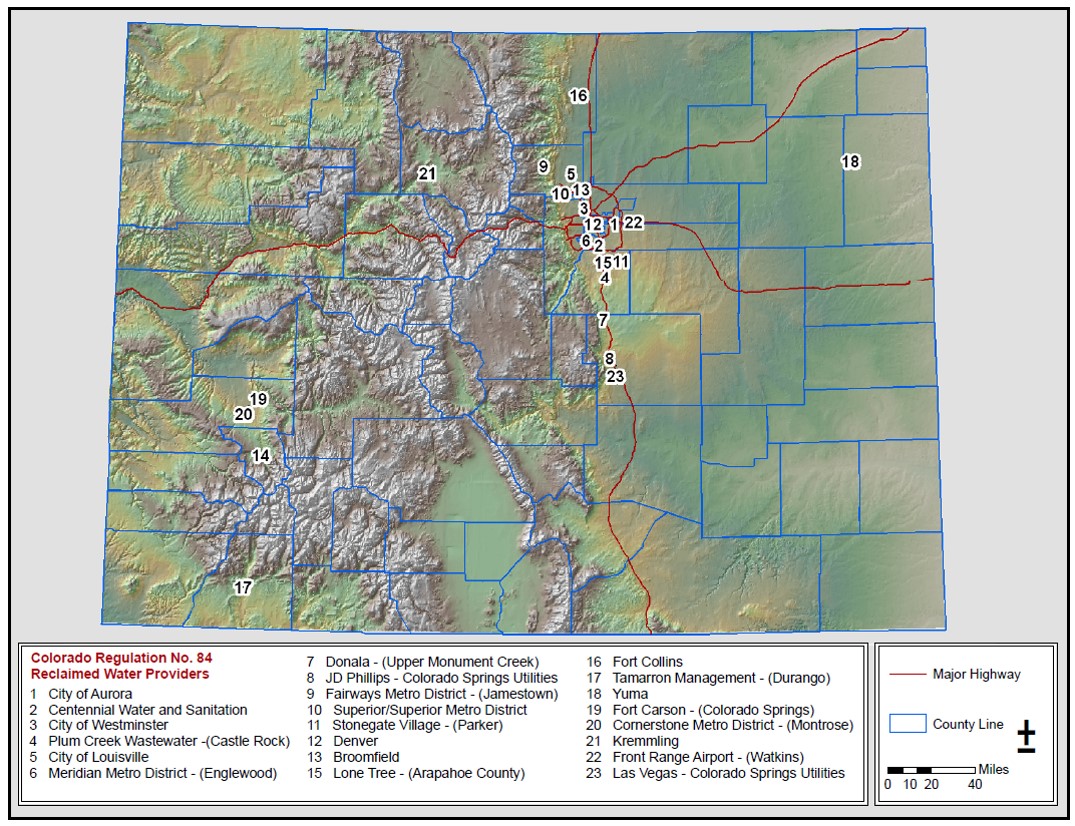 Reuse is also occurring at the regional level. Perhaps the best example of this is the recently implemented Water, Infrastructure, and Supply Efficiency (WISE) Partnership.

WISE is a partnership between Denver Water, Aurora Water, and 10 South Metro water providers. Denver and Aurora have reusable return flows from their transbasin, agricultural transfer, and decreed reuse water supplies. Denver Water and Aurora Water use these reusable supplies within their own systems through their own reuse projects when they have a demand for them. But there are times when reusable water supplies are available but Denver and Aurora don’t have demand for that water within their systems. So, they combine their supplies and use available capacity in Aurora’s Prairie Waters Project to bring the water off the South Platte at Brighton and pipe it southeast to Aurora, where it is treated and provided to the participating South Metro water providers. The 10 South Metro entities are then responsible for the infrastructure to distribute the treated WISE water to their communities.

In essence, Denver and Aurora combine their reusable water and through a large regional loop of pipes, pumps, and treatment infrastructure, those supplies are provided to Aurora, Denver, and South Metro cities, helping to meet the needs of more than 2 million people.  The WISE Partnership is a pioneer in meeting municipal water demands through a regional reuse project.

The final level of reuse we’ll examine is the local level, which most people are familiar with. It involves water providers reusing their supplies as best they can within their system. The predominate method is through a reclaimed or “purple pipe” water system. Below is a map of water providers throughout Colorado with a reclaimed system.  One of these (number 6 on the map) is Meridian Metropolitan District (Meridian).

Meridian, which serves 20,000 people on a daily basis, is widely recognized as one of the most efficient water systems in the state. In addition to being a member of the WISE Partnership, Meridian was chosen by a national organization, the WaterReuse Association, as its 2014 Institution of the Year.

Meridian, like many South Metro entities, has groundwater supplies from the Denver Basin Aquifer,  a deep bedrock system that is disconnected from the surface water. This makes it a nonrenewable supply, which legally can be reused.

Meridian accesses its groundwater supplies through a series of wells. It treats the water to potable standards and sends it to the residents and businesses in Meridian. The water comes back to Meridian as sewer flows. Meridian’s sewer plant treats the water, returns it to nearly potable standards, and sends it back out through a separate system to irrigate outdoor landscaping, parks, and open space.

This isn’t the unique part. Many water providers have a reclaimed system. What is unique is that Meridian does this with 100 percent of its water and has no ability to discharge to a surface stream. Whereas most water providers reuse a portion of their supplies, every drop of water is reused within Meridian’s closed loop system.

The main challenge Meridian faces is balancing its system, ensuring that as it grows and more water enters its loop, that it can store excess supplies until they are needed. As Meridian continues to develop we are excited to continue to be leaders in reuse, evaluating new technologies and pushing the envelope to navigate the tricky business of reusing and recycling water in order to ensure Meridian’s sustainable water future.

Eric Hecox is a vice president with Shea Properties Colorado and is general manager for multiple special districts including the Denver Tech Center and Meridian.  He also serves on the board of Water Education Colorado.