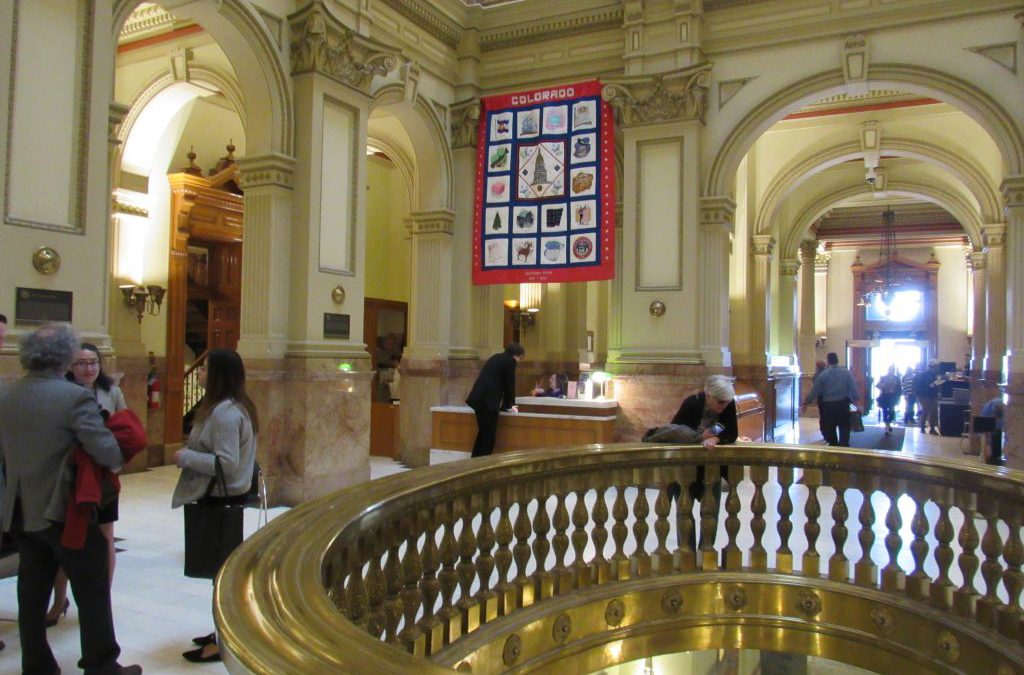 Senate Bill 48 passed the Senate unanimously on Jan. 29. It requires the Colorado Department of Natural Resources to form a working group to explore ways to strengthen anti-speculation laws. The agency must report its recommendations to the interim Water Resources Review Committee by Aug. 15, 2021. Although Colorado’s constitution and case law prohibit water speculation—hoarding water without putting it to beneficial use—the bill’s sponsor, Sen. Kerry Donovan, D-Vail, said she’s aware of out-of-state entities purchasing agricultural water rights without having “the best interests of our communities and agricultural future in mind.” She’s also concerned that if Colorado is faced with cutbacks in Colorado River use, due to ongoing drought and climate change, it will make Colorado’s water that much more appealing to speculators looking to profit.

“I want to make sure we are fully prepared for what I think will be a new water future, and this bill will allow us to stay ahead of that and be proactive instead of reactive.” The bill is scheduled to be heard by the House Rural Affairs and Agriculture Committee on Feb. 27.

House Bill 1037, which passed the House unanimously Jan. 29, authorizes the Colorado Water Conservation Board (CWCB) to use an acquired water right, whose historic consumptive use has been previously quantified and changed to include augmentation use, to boost river flows for environmental benefits. Farmers have long used so-called augmentation water to help offset their water use, particularly of groundwater, when that use is not in priority within Colorado’s water rights system. Now, augmentation water could also be used to boost instream flows.

Coordination of land use and water planning

House Bill 1095 was approved by the House Rural Affairs and Agriculture Committee on Feb. 3 and was scheduled to be heard on the House floor Feb. 12. It authorizes counties and municipalities that have adopted master plans that contain a water supply element to include state water plan goals and conservation policies that may affect land development approvals. Rep. Arndt, also this bill’s sponsor, noted that the 2015 Colorado Water Plan projects a municipal and industrial water supply gap of 560,000 acre-feet by 2050, and has an objective for municipal and industrial water conservation of 400,000 acre-feet by the same year.

Testimony in support of the bill argued that it would help ensure enough water to meet future demand by ensuring new development doesn’t outpace water supplies. Opponents expressed concern that master plans were not the most effective means to achieve the bill’s objectives, and that local governments already have the requisite authority. The bill passed on a 7-4 vote and goes next to the full House for debate.

Senate Bill 24 was defeated in the Senate Agriculture and Natural Resources Committee on Jan. 30 at the sponsor’s request. The bill would have required that the CWCB gather additional public input on efforts to create a multi-state water conservation program, known as “demand management,” in which up to 500,000 acre-feet of water could be set aside in Lake Powell to protect minimum power pools and to provide additional protection for Colorado and other upper basin states should the river system hit crisis levels. It also would have required CWCB to submit any draft program to the interim Water Resources Review Committee, which would then hold public hearings in basins across the state, and to consider the committee’s feedback following the conclusion of those hearings.

The bill’s sponsor, Sen. Don Coram, R-Montrose, requested that the committee defeat it because he believes, for now, it isn’t necessary. “The bill has created the reaction we wanted…..we’ll be watching to see how the outreach plays out,” he said.