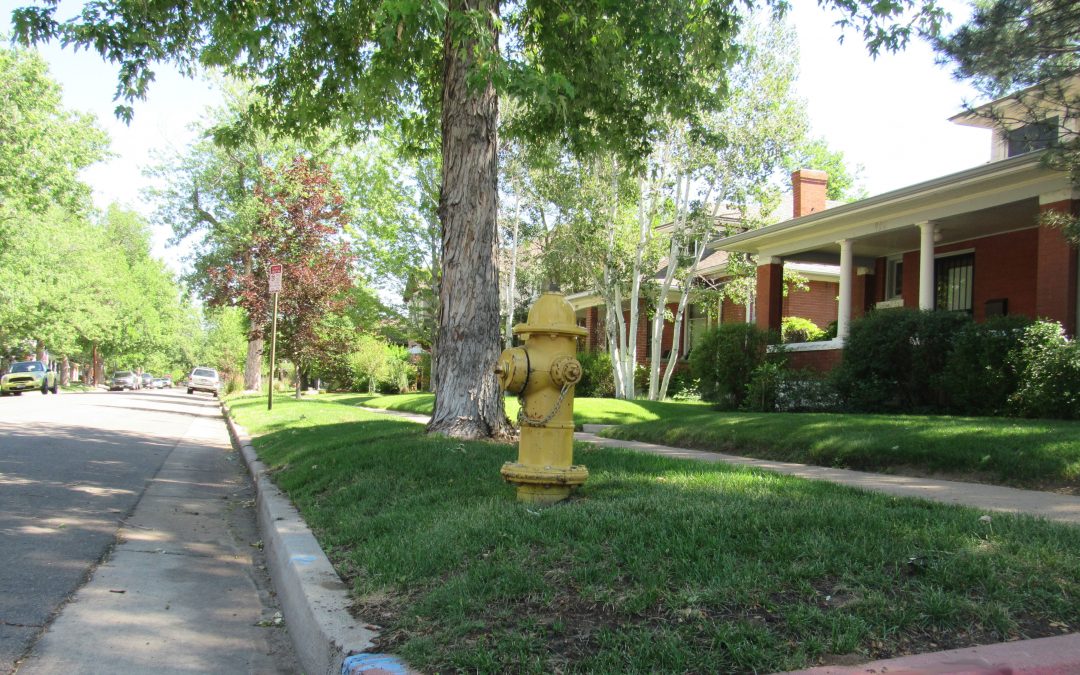 Colorado residents sobered by years of drought are learning to take shorter showers and use low-flow toilets, water-saving habits that have helped the state reduce its domestic water use 5 percent, according to a new report released last week by the state’s lead water agency.

The report, a technical update to the Colorado Water Plan, shows that water use statewide has dropped from an average of 172 gallons per person per day in 2010 to 164 gallons per day in 2015, the latest year for which data was analyzed.

Those numbers could continue to drop under various planning scenarios developed by the Colorado Water Conservation Board, with one scenario indicating that the statewide average for individual water use could fall as low as 143 gallons per person per day by 2050 as the public continues to embrace conservation and as water-saving technologies improve.

The idea behind the new water study is to help better guide the state’s efforts via the state water plan to stave off water shortages over the next 30 years, and to understand the impact of climate change on various population growth scenarios.

Despite the decline in average daily use, the state still faces future water shortages that could surge to more than 750,000 acre-feet annually if the economy and climate heat up dramatically.

But under a hypothetical scenario where the economy slows significantly and climate change moderates somewhat, Colorado’s urban areas could face shortages of just 245,000 acre-feet each year.

“We looked at five different scenarios, taking into effect climate change,” said Becky Mitchell, executive director of the Colorado Water Conservation Board, which sets state water policy. “It’s a creative and innovative way to be looking at our [water supply] gaps,” she said.

So how much water do these shortage forecasts represent? A lot.

Shortages are also projected for the state’s farms, with irrigated agriculture facing massive shortfalls ranging from 2.2 million acre-feet to 3.4 million acre-feet, depending on how population, economic growth and climate change play out.

But that’s not the case in the South Platte River Basin, where 85 percent of Colorado residents live. Though agricultural water use statewide is growing overall, in the South Platte that use is projected to shrink as cities expand onto neighboring farm lands. According to the new forecast, the South Platte’s farm economy uses about 774,000 acre-feet of water annually. But under all five planning scenarios, that number drops. Under the most extreme, “hot growth” scenario, for instance, agricultural water use in that river basin would decrease to 665,400 acre-feet annually.

In the Arkansas Basin, which is home to Colorado Springs and the state’s second-largest farm economy, agricultural water use is projected to drop under two scenarios, and increase under three. Under the “hot growth” scenario, for instance, demands for farm water are expected to surge to 819,500 acre-feet, up from 617,300 currently, a 33 percent jump, primarily because crops will consume more water as conditions become drier and growing seasons lengthen.

The report also examines how Colorado’s fish and rivers will cope as water shortages become more pronounced. Streams across the state are likely to see spring runoff from snowmelt come earlier, leaving the late summer months much drier than they are now.

And that’s bad news for fish, increasing the risk to both cold water and warm water species, the report said. But on streams where dams and reservoirs exist, some of the damage could be offset by intentional releases from reservoirs.

The state has been criticized in the past for failing to focus adequately on the water needs of the environment in its planning. A new tool the state has developed, which is designed to help analyze stream water needs by region and season, among other things, is a step in the right direction, but will need more refinement, according to Mely Whiting, an attorney for Trout Unlimited.

“I’m pleased that the tool and the review of the environmental and recreational [E&R] needs continues to be updated. But we still have a lot of catching up to do in understanding those needs,” Whiting said.

That understanding, she said, “will help us focus our efforts on cooperative projects that benefit not only E&R, but agricultural, and municipal and industrial needs as well.”

Still to come in the effort to quantify looming water shortages is work at the local level, where nine public river basin roundtables will now take the new data and tools and determine how best to reduce any forecasted regional shortages. Their work will eventually feed into an update of the Colorado Water Plan, first released at the end of 2015 and scheduled to be updated by 2022.