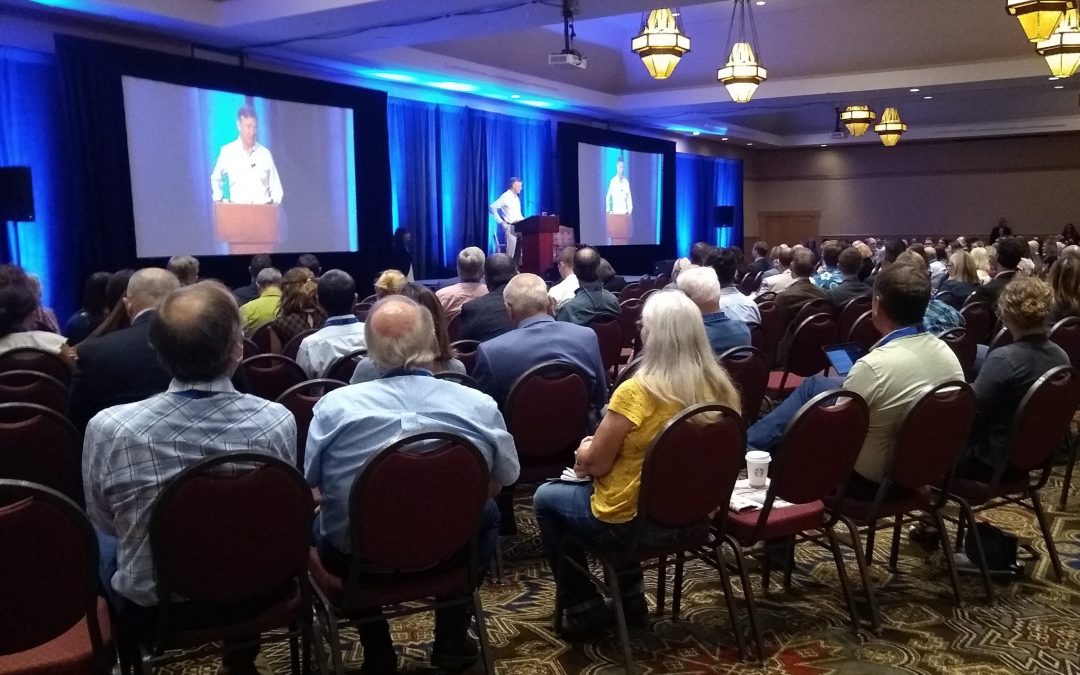 “Water is central to our livelihoods and its increasing scarcity is a challenge of the first order for everyone who calls the American West home,” said Joe O’Dea, a Republican challenging incumbent Democratic Sen. Michael Bennet for one of Colorado’s U.S. Senate seats.

“You can’t solve our problem without talking about storage. We know this region is getting drier and large-scale weather events are coming at unpredictable times,” O’Dea said. “That makes it all that more important to store water resources whenever they do appear.

“But we need a more rational process to approving them. Chatfield took the better part of 23 years to permit a single common sense project. Environmental review and public comment are central to good decision making, but they shouldn’t take decades,” O’Dea said.

O’Dea was referring to the successful effort to convert some of the space in the federally owned Chatfield Reservoir southwest of Denver for storage rather than simply flood control, which was its mission when it was built in the 1960s.

Gov. Jared Polis, too, pointed at climate change as a key driver that will shape how Colorado and other states manage their water supplies in the coming decades.

“Over the past two decades we have faced forces that threaten our access to water. The chronic, extreme drought, the changing nature of precipitation across the West. These pressures threaten water security, not just of our farms, cities and rivers, but the entire region,” Polis said.

To fulfill that responsibility within and outside the state’s borders, Polis called for more major investments in water sustainability, citing as an example the $60 million that Colorado lawmakers approved this year to fallow land in the Rio Grande and Republican River basins to improve aquifer health and ensure the state can meet its obligations to deliver water to New Mexico and Texas, which also rely on the Rio Grande, and Kansas, which relies on the Republican River.

“As we look to the future of our state, we need to understand the connectedness of water to the many challenges we face,” Polis said. “We are facing consistent growth in Colorado. But we can’t afford the water profile of exurban sprawl. We need to grow in a sustainable way,” he said, citing the need to develop more housing that reduces Coloradans’ per capita water use.

Republican gubernatorial candidate Heidi Ganahl also called for more water storage and promised to limit federal intervention in Colorado’s water affairs, including negotiations over how to reduce water use among the seven states that rely on the Colorado River. These include the Upper Basin states of Colorado, New Mexico, Utah and Wyoming, and the Lower Basin states of Arizona, California and Nevada.

“The Upper Basin states have done just fine working through water issues. But expanding water storage is a must … and we must go in a different direction [regarding federal permitting requirements],” Ganahl said, adding that she would push the federal government to streamline water project approval processes.

She also criticized the Colorado Water Plan, a multi-million dollar collaborative effort by the Colorado Water Conservation Board to ensure the states’ major river basins are able to plan for and secure the water they need. Ganahl said it was too expensive and bureaucratic and that the current work to update the plan, first approved in 2015, “misses the mark. As governor I would simply work to develop more water.”

Bennet urged the conference attendees to look ahead and continue the hard work that has already been done.

“The conditions are as dire as we’ve seen, and we have a very difficult negotiation in front of us,” he said. “The people in this room have stepped up and made sacrifices,” he said. “But we know temporary Band-Aids are not going to cut it. All parties have to live with what the Colorado River can provide. This is an opportunity to make decisions that will strengthen the West for the next 100 years and fulfill our responsibility to the next generation.”

Political pollster Floyd Ciruli said that so many candidates spoke at the water conference was an indicator of the national attention that Western water shortages are generating, and he gave the politicos credit for providing on-point suggestions for what could be done.

“All four of these candidates were ready for today,” Ciruli said. “All of them talked about water.”