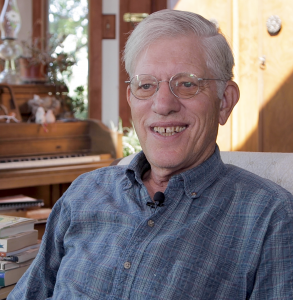 Mike Preston’s journey to becoming one of Colorado’s great water leaders began in the 1980s when he served as Associate Director of the Office of Community Services at Fort Lewis College. In this role, he served on the Ute Mountain Ute Tribe negotiating team in the Colorado Ute Indian Water Rights Settlement, helping to secure the Tribe’s allocation of water from the Dolores Project, which brought clean water for drinking and economic development to the Tribal community of Towaoc for the first time. Mike also served as Project Development Coordinator for the planning and development of the 7,600-acre Ute Mountain Farm and Ranch Enterprise, made feasible by the Water Rights Settlement.

In the decades since, Mike has served as General Manager of the Dolores Water Conservancy District (now retired), invested 12 years as Chair of the Southwest Basin Roundtable, has been instrumental in the formation and operation of the Dolores Watershed Resilient Forest Collaborative, and serves on the Steering Committee of the Rocky Mountain Restoration Initiative, which chose Southwest Colorado as a focal area.  His passion for water resource and forest health issues is matched by his commitment to collaboration and communication as the most effective tools to achieve success in these complex, often contentious arenas. His efforts have also had a positive effect on the regional economy, including the resurgence of a local timber industry scaled to meet forest health challenges.

Mike’s influence and reputation have expanded beyond the Southwest Basin as he has worked with individuals and organizations across the state to secure Colorado’s water future, as expressed by those who have worked with him:

“What strikes me most about Mike’s leadership is his commitment to civil discourse and problem solving and, where appropriate, consensus-based decision making. This leadership has allowed our water community to focus on developing our depth of understanding on potentially divisive issues and look for practical solutions that serve multiple water interests.”
– Celene Hawkins, Colorado Water Conservation Board member

“Mike is smart, thoughtful and does not care about personal credit. He is about the advancement of work and leadership. He flat out is the most pleasant person with whom to work.”
– Jim Pokrandt, Past-Chair of the Colorado Basin Roundtable

“He’s highly regarded by his peers statewide for his dedication to the Dolores Water Conservancy District and for his work with many local and statewide collaborative efforts, including addressing challenges in water, forest health and local economic development.”
– Former State Senator Ellen Roberts

“Under his leadership, there is not drama, nor name calling, but productive discussion. In short, Mike works in the same manner that Diane Hoppe [for whom WEco’s award is named] conducted business whether in the legislature or as a water board member.”
– Steve Harris, Inter Basin Compact Committee representative

Mike is also a staunch advocate for water education, contributing countless amounts of time and talent to both southwestern Colorado’s Water Information Program and the Forest to Faucets Teacher Training Program.

Mike credits a host of others as positive influences on his personal and professional development, from well-known figures such as Travis Smith and the late John Porter and Fred Kroeger to those he considers “Hidden Heroes,” including tribal leaders and the managers of water entities in the Southwest Basin.

In the same fashion, Mike continues to inspire the next generation of water leaders with his patient, invitational style. According to Laura Spann, Southwestern Water Conservation District Programs Coordinator, “Mike has been instrumental as a mentor to me and other fledgling water professionals in southwestern Colorado. He empowers us to fulfill our potential by encouraging creativity. No idea is silly. No question is dumb. Rather, they are opportunities to learn more from each other.”

When asked what allows him to maintain his hopeful outlook despite so many looming challenges in managing Colorado’s water, Mike does not hesitate to provide a robust list, saying, “Collaboration, communication, and science-based planning. There is lots of talent and energy working on these issues, and people have learned to listen to each other. Participation has become more diverse, and that’s unfolded in an open and positive way.”

Mike and his wife Jennifer spend all their free time outdoors, including working on their small farm and ranch – providing a healthy balance to their intense careers. They also embark on “every dimension of summer and winter activity” in the woods with their two sons, two grandsons and daughter-in-law. With many musicians in the family, extended family jam sessions (yet another collaborative effort!) are a highlight whenever they gather.

In summarizing his career to date, Mike says, “Being an active part of the water community has provided me with deep and abiding relationships to people, communities and landscapes throughout Colorado.”