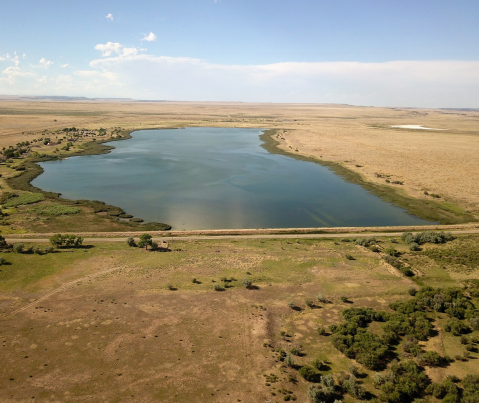 Amid southern Colorado’s Spanish Peaks, a group of stakeholders known as the Cucharas Storage Collaborative completed a study in 2017 and found that the region had lost 70% of its prior storage capacity due to reservoir abandonment and maintenance issues that placed storage limits on existing dams.

That study and subsequent exploration examined numerous options for added storage. For now, two front runners are being designed — the enlargement of Maria Stevens Reservoir and a proposed new project, Bruce Canyon Reservoir.

Plus, storage will help enable “plain old economic development,” he says. Huerfano County, one of the poorest in the state, has trouble attracting new industry. “Water is one of the top five factors that new industries are interested in,” White says. Other factors he cites include a qualified workforce, housing and broadband availability.

Once design is complete, the collaborative may seek permits for the reservoirs, but cost could be a barrier. “We’re just starting to think about where we might get the money,” White says. The cost of storage is “an order of magnitude” more today than it was when the majority of Colorado’s water storage projects were built 60-plus years ago, when the U.S. Bureau of Reclamation took the lead in building, financing and subsidizing a lot of big storage projects. “Storage comes with a real economic cost and may have a real economic benefit,” White says. “The difficult question is how do you justify the expenditure of large amounts of money on a storage project today?” We don’t know how beneficial a project will be until it’s complete, White says. No community, especially one without deep pockets, wants to be left paying back a project that doesn’t work financially.