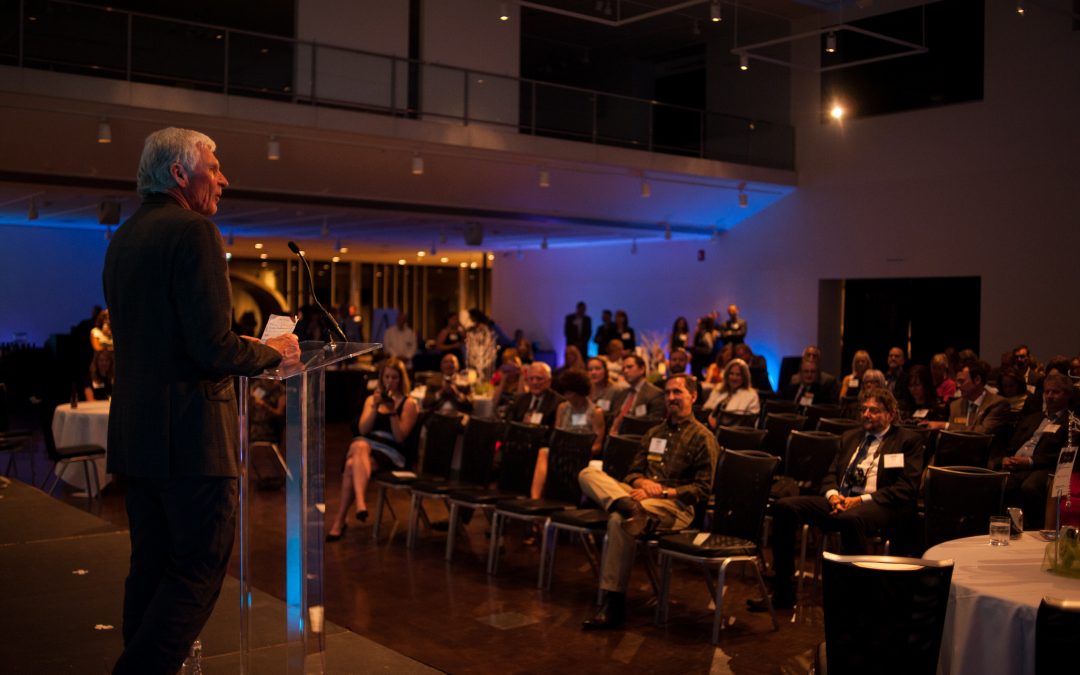 Eric Kuhn, “big thinker, deep thinker,” is how his colleague Jim Pokrandt describes him. Thirty-six years ago, in the spring of 1981, Kuhn moved from southern California to join the Colorado River District’s staff as assistant secretary engineer. As an electrical engineer, he served as a Navy submarine officer, earned a master’s in business administration from Pepperdine University, and worked with Bechtel Corporation’s power group on the San Onofre Nuclear Generating Station.

One of then-secretary engineer Rolly Fischer’s “greatest accomplishments” was hiring Kuhn, writes George Sibley in Water Wranglers a 75th anniversary history of the River District. “Whatever Kuhn might have lacked in water experience, he more than made up with a quiet and quick creative intelligence.” Another district colleague, Chris Treese, credits him with “maintaining harmony” in a 15-county district “naturally divided between tourism-dependent headwaters counties and more traditional ranching and mining counties.”

Harmony? Well, yes, maybe, for sure, and at times! The River District’s 15 board members are appointed by the boards of county commissioners representing a huge expanse of western Colorado, from west of the Divide to the Utah border, from the north slope of the San Juans to the Wyoming border. Differences are sure to arise given the changing needs and desires of sub-basins therein, but having common forums like the River District board is a good way to hash them out.

On becoming the River District’s general manager in 1996, succeeding Rolly Fischer, Kuhn assumed the neck-wrenching duty of keeping one eye on six downstream states and the Republic of Mexico, while keeping his other eye roving up and down Colorado’s Front Range spotting opportunities to protect western Colorado water. When he’s at home in Glenwood Springs, he focuses both eyes on an early morning bike ride along the Roaring Fork River and the Colorado River.

Parked in No-Go throughout the 1980s, one of the project’s alternates was an exchange of water up the Blue River through the West Slope’s more senior Green Mountain Reservoir (1935 priority) to Denver’s junior Dillon Reservoir (1946 priority), for transport through Denver’s  Robert’s Tunnel. After the U.S. Environmental Protection Agency’s Two Forks veto in 1991, this exchange materialized as a separate project with construction of the River District’s Wolford Mountain Reservoir on Muddy Creek north of Kremmling, completed in 1996. Some of this water goes to protect the endangered Colorado River fish while some goes to Denver by exchange. Some is for West Slope use. Kuhn and former River District engineer Dave Merritt collaborated with Denver Water’s Manager Chips Barry, to get this joint-use project up and running.

The key to the deal was keeping intact the senior downstream Shoshone hydroelectric water right in Glenwood Canyon (1902 priority), in the face of Denver’s multidecadal, unsuccessful federal court effort to assert a domestic preference for the water over West Slope uses. Denver Water and Northern Water’s Municipal Subdistrict (in mitigation for the Windy Gap Project at the junction of the Fraser River and the Colorado) contributed funds to Wolford Mountain Reservoir’s construction and subsequent operation.

None of this was any more complicated than any other matter involving the Colorado River. Protecting Colorado’s water allocation under the 1922 Colorado River Compact requires an ongoing all-Colorado commitment to preserving Lake Powell’s water delivery equalizing function with Lake Mead, while implementing the Upper Colorado River Endangered Fish Recovery Program. Not to be forgotten in this milieu of water governance and politics is the cooperation of environmental groups, the Colorado Water Congress, the Bureau of Reclamation, the seven Colorado River Basin states, the Republic of Mexico, and the U.S. Congress. Healthy-as-can-be riparian habitat up and down the Colorado River, as it runs from Rocky Mountain National Park to the Sea of Cortez through Lake Powell and Lake Mead, is a goal worth pursuing. But achieving this in the midst of wicked drought, like the one we’ve just seen, is daunting.

Colorado’s new water plan, coordinated through the Colorado Water Conservation Board, nine local basin roundtables and a statewide Interbasin Compact Committee, aspires to many more collaborative agreements, like the Wolford Mountain agreement and the more recent Colorado River Cooperative Agreement that Denver Water, the River District and a score of others have entered into. When planning future projects, failure to take into account the risk of even greater droughts risks the state’s future.

This is why Kuhn rides his bike, gaining both a physical workout and thinking time. The Colorado River’s been good to him. He met his wife, Sue, in Glenwood Springs. They’ve raised their beloved daughters Hallie and Kenzie there. It’s a brainy, nuclear family composed of engineering, medical laboratory, bio-tech, climate change problem-solving geeks.