Nurturing Collaboration in Colorado’s Water Community: What Have We Learned? 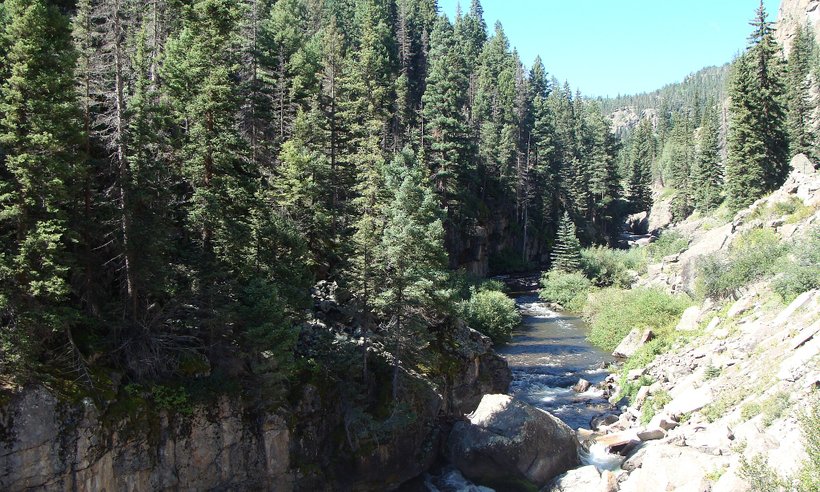 In 1990, after over a decade of fierce opposition, EPA vetoed Denver’s proposed Two Forks Reservoir on Colorado’s South Platte River. The decision sounded the death knell for the unilateral approach to water projects that had governed for decades in Colorado. Since Two Forks, the notion of a more collaborative approach to water planning has become accepted, if not embraced, by water managers and planners. Building on the development of Basin Roundtables for each of the state’s river basins, the state’s 2015 water plan set a goal of developing stream or integrated water management plans for many of Colorado’s rivers. Now in full swing, these efforts are attempting to meet a range of stakeholder needs by seeking consensus-based solutions such as operational changes, infrastructure improvements, and restoration alternatives. These efforts have also highlighted the challenge not just of technically integrated planning, but of the human dimension of collaboratively managing water.

Coloradans tend to point to a few instructive examples of successful collaborative approaches to addressing water conflict. In 2012, the Colorado River Cooperative Agreement (CRCA) was inked between Denver Water and over a dozen western Colorado water districts and local governments. The agreement green-lighted additional diversions from the Colorado River for Denver and resolved conflicts going back over 50 years. The agreement also pioneered a collaborative approach to transbasin water management going forward, establishing a ‘Learning by Doing’ adaptive management team to jointly oversee the implementation of key aspects of the agreement.

More recently, addressing a long-standing groundwater conflict, irrigators in the state’s agriculture-rich San Luis Valley developed a plan to voluntarily reduce groundwater pumping as an alternative to state regulatory action. After the state determined that groundwater pumping was injuring senior surface water users and depleting the aquifers, producers formed subdistricts as a local solution to mitigating injurious stream impacts and replenishing the aquifer. The subdistricts have had to address many challenges in developing a collaborative approach to a fiercely guarded private property right that is also a vital collective need.

Start with the people, not the data

In the technical world of water, people are often inclined to throw themselves into data and models, seeing the technical work as the key to solving the problem – here’s where the need is, where the extra water is, and when we’ll need it. No matter how well researched and convincing the data may be, it can’t alone solve the problem.

Before people can accept numbers, graphs, and models, they need to feel they are being heard and believe the process is credible. They need to understand the process and goals, trust their needs will be addressed, share what’s important to them, and hear this from others. Investing in building relationships and trust early in the process is critical to success. Building mutual understanding and clarity within the group in the initial stages will yield returns throughout the entire collaborative process.

No one size fits all

Groups often grapple with how large and/or formal they should be and who should be at the table. A credible, trustworthy process requires having the right people involved with an appropriate level of transparency. This balancing act depends on the timing, context, and players involved.

Sometimes it makes sense for a group of key stakeholders to work together under the radar at the start of the process to understand the issues, agree on common goals, and explore ways to engage a broader audience. In the case of CRCA, the negotiation’s success in many ways grew out of work that had been done privately by a small group for years to better understand common issues and needs affecting key parties.

In other situations – e.g., when trust is low, one group has disproportionate power, or an issue has generated a lot of public attention – the need for transparency and inclusivity is paramount. In cases such as Colorado’s Basin Roundtables or the state’s stream management plans, legislation, funding, or the need for long-term implementation may guide what entities must be at the table and what public involvement is required.

Work through sensitive issues outside the full group

Working on water problems will always involve competing needs, and some conflict is inevitable. Particularly when issues involve matters of historical and/or legal significance, it’s often useful to convene smaller groups to work through thorny, contentious issues before raising them in the larger group, where folks can feel on the spot and/or a need to posture.

In efforts to increase flows for consumptive and non-consumptive uses, for instance, irrigators may worry about being ‘losers’ in a process they fear could pit their needs against those of urban users, recreators, and environmentalists. A smaller group may need to explore ways to ensure parties feel their core interests will be preserved. Provided this can be done transparently – e.g., clarifying at the outset that smaller groups may convene and report back to the larger entity – smaller-group discussions can be essential to building consensus on areas of legal, historic, or political sensitivity.

Agree on a common purpose, scope, and goals

Stakeholders enter collaborative efforts with a range of interests and goals. It’s common for groups to quickly realize they have differing understandings of the purpose, scope, and goals of the effort for which they have convened. In the technical world of water, where engineers, water managers, scientists and irrigators are ready to roll up their sleeves and get to work, groups often resist stepping back to clarify their goals before diving into the technical work itself.

Taking the time to ensure the parties agree on the goals and scope of a collaborative effort can save tremendous time and avoid conflict down the road. Sometimes this means adopting a ‘phased’ approach to ensure there’s buy-in and clarity for each phase. Most successful groups draft operating agreements or other mechanisms to clarify their purpose, scope and expected outcomes. Others benefit from having a third party interview stakeholders to frame key issues, identify participants’ needs, and better define the group’s scope. With skilled facilitation, groups can begin to explore the substantive issues – enabling them to develop momentum and avoid getting too bogged down in ‘process’ – while simultaneously clarifying their common purpose.

People are always more inclined to support a solution when they have been consulted. While it may be strategically useful to start small, stakeholders whose support is critical to success should be engaged to some degree early in the process – whether they are decision-makers, funders, folks with credibility and/or influence, or entities whose participation is necessary to implement an outcome.

In the case of the San Luis Valley and their efforts to create and maintain sustainable aquifer systems, subdistricts formed to purchase augmentation water and compensate those voluntarily reducing their water use. Support of a simple majority of residents was all that was required to establish the first subdistrict. As a result, some residents learned of their new assessments when they received their property tax bill. Over time, local water managers realized that residents were far more likely to join and significantly less likely to challenge the effort when they were consulted on the subdistrict’s development and allowed to opt in. Notably, local challenges to subdistricts have decreased dramatically since leadership has made a concerted effort to engage stakeholders early in the process.

Look for areas of mutual gain

Solutions are ultimately more successful when they satisfy the core needs of the parties involved. Balancing competing needs, and designing solutions where all benefit in some way, is the central challenge of solving water problems collaboratively. In order for parties to envision and contemplate different options, they need opportunities to share their needs, explore areas of alignment, wrestle with trade-offs, and maximize opportunities for win-win solutions.

For instance, an integrated river management plan may be exploring possible operational, management, or infrastructure changes to improve the health of a river in a farming and ranching community. To do so, the group needs to understand the different interests it is simultaneously trying to achieve in order to ask a question such as ‘how do we achieve more flows under X and Y conditions while also protecting and benefitting agriculture?’ Parties need to explore the different ways in which potential options could meet their and others’ core interests, potentially in ways they haven’t yet considered, and that can’t be understood in isolation.

It’s an old saw but an apt one. It takes time to define and agree on the group’s function and duties, develop a workable and well-structured process, build trust and working relationships, and engender an atmosphere of cooperation and mutual understanding. The negotiations for the CRCA took place over four years, after roughly a decade of preliminary discussions. The Basin Roundtables have been underway for 12 years now; by and large they are just now getting to the meat of meeting future water needs.

Taking time to build a foundation is no guarantee of success. But one of the most common reasons that collaborative processes fail is the absence of enduring relationships built on a sense of true understanding and common purpose. It can be frustrating to commit to these processes, particularly for water managers, engineers, and scientists used to the technical world of water. But in the process lies the opportunity to build a language, skills, and relationships that will not only help address current issues but also pave the way for success on future challenges.

Ryan Golten is a senior associate with CBI. She works with organizations, coalitions, and communities to resolve complex, multi-party natural resource disputes in the western United States. As a mediator and former attorney focused on bringing parties together to solve challenging problems, Ryan has nearly 15 years of experience facilitating collaborative approaches to western water and lands challenges involving scarce resources, competing needs, long histories, and diverse stakeholders. Ryan is based outside of Boulder, Colorado and formerly practiced law in New Mexico with acequia and land grant communities.

Dan Birch is a senior consultant with CBI. Dan has over thirty years of experience in water resources planning, management and engineering related to municipal, industrial, irrigation, recreation and environmental uses of water. In addition to being a trained facilitator and mediator for multi-stakeholder environmental and public policy issues, Dan served as the Deputy General Manager of the Colorado River Water Conservation District and serves as Water Referee for the Division 6 Water Court. Dan has broad contacts among key Colorado stakeholders, having served on numerous water-related boards and committees, including the Colorado Water Congress (President, 2001), Interbasin Compact Committee, the Yampa/White Basin Roundtable, Upper Yampa Water Conservancy District, and the Colorado River Water Conservation District.

Read more about projects like Two Forks and the CRCA in the summer 2019 issue of Headwaters magazine, coming in July 2019. The issue focuses on permitting water supply projects, the need for collaboration, and efforts to make the permitting process more efficient.