Voices From The Field: Glenn Hirakata 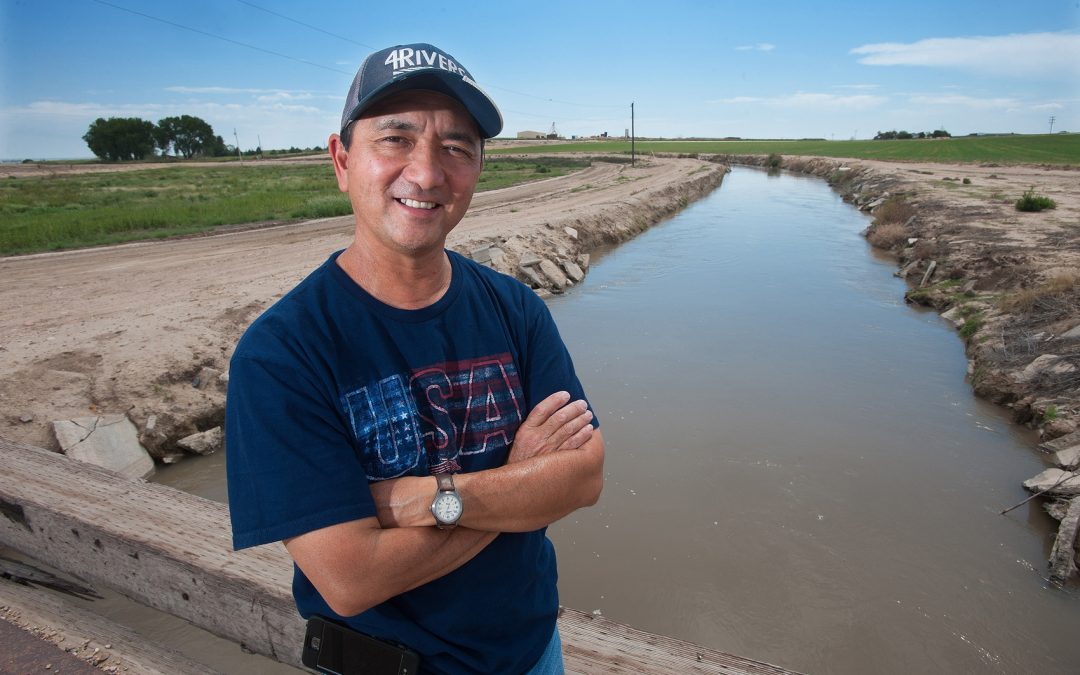 Glenn Hirakata, 53, is a fourth-generation farmer in the Arkansas River Valley. In a region with traditions that go way back, Hirakata is embracing something decidedly modern, a program in which the region’s scarce water is being shared with cities.

“It’s such a new concept,” he says. “It’s a learning process.” The 10-year lease fallow program on the Catlin Ditch involves six farms and 902 acres of irrigated land. The water is exchanged through Pueblo Reservoir and then delivered to Fountain and the Security Water District. The town of Fowler also participates, using the water to augment its well pumping.

Hirakata, who grows honeydew and watermelons, as well as cantaloupe, pumpkins and some grain, is one of six farmers who signed up for the program in 2015. He placed one, 150-acre farm in the pilot. His family has about 1,250 acres under cultivation.

He first learned of the pilot, known as the Catlin Canal Fallow Lease Project, in 2015 when staffers at the Lower Arkansas Water Conservancy District began informally asking area farmers if they could support such an effort. “Out of all of the individuals, some of them were like, ‘no, no.’ But there was a handful of us who said it’s worth looking further into it,” Hirakata says. “I don’t know for a fact how it’s going to work but I think it’s worth looking into.” 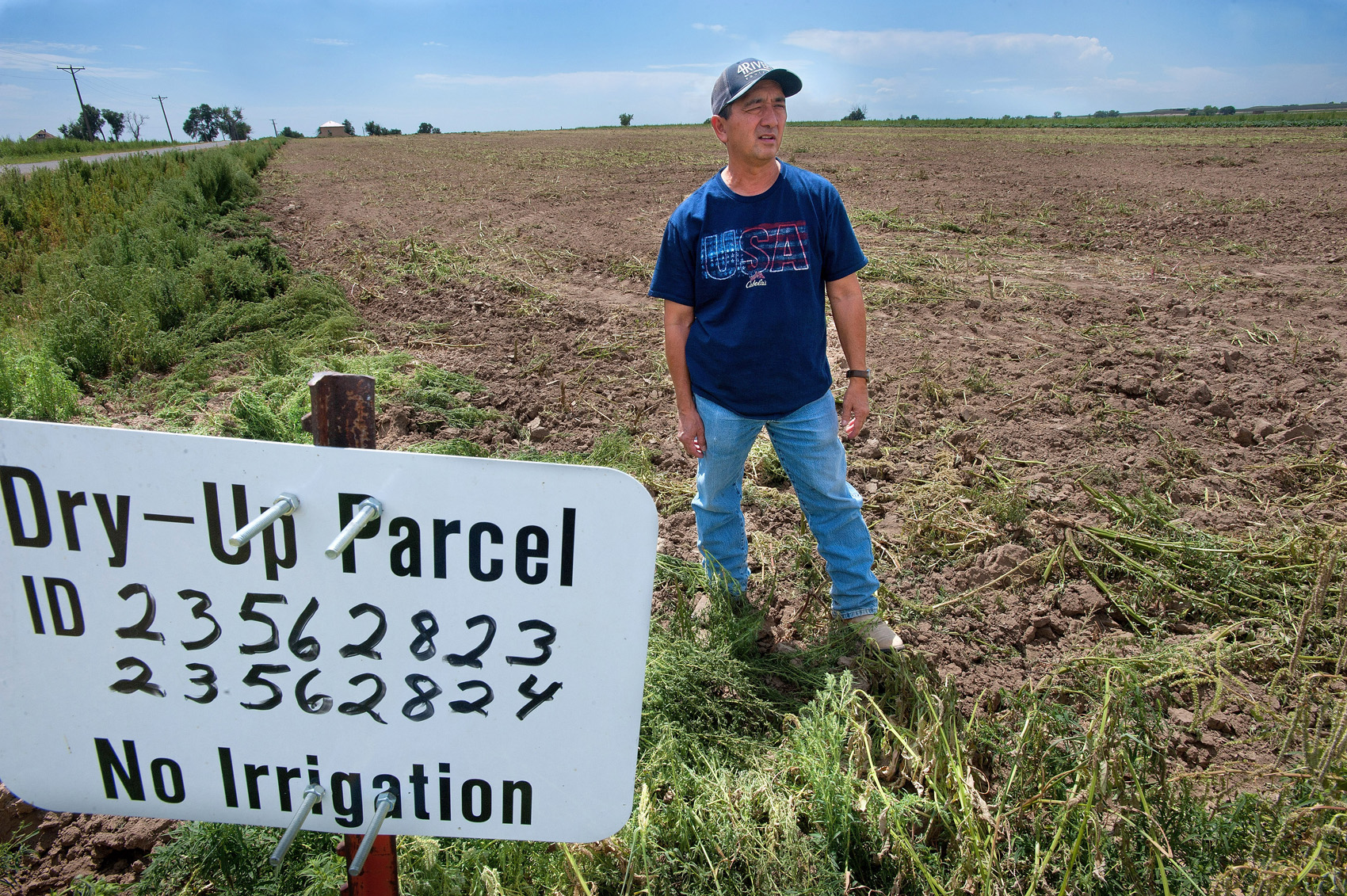 A “Dry-Up Parcel” sign marks the fallowed portion of Glenn Hirakata’s farm. Hirakata is participating in the Catlin Canal Pilot Project in which he is compensated to dry up some of his land, leaving water in Pueblo Reservoir for municipal use in Fountain, Security, and Fowler. Photo by Michael Sweeney

Under the terms of the agreement, farmers can fallow up to 30 percent of their acreage to save water that can be transferred to municipalities. Fields are allowed to be fallowed for three out of 10 years. In 2016, 406 acre-feet of water was delivered to the three towns. In exchange, farmers were paid $1,020 per acre, and spent $37 an acre controlling weeds and erosion on land that had been fallowed.

The program is working well so far, Hirakata says, but 2016 and 2017 have provided abundant water. “We don’t know what is going to happen in a dry year,” he says. “There is a lot of risk. You have to deliver the water to receive any benefit. If we can’t deliver, we’ve left ground idle.” To create the data needed to support the program, each farm’s water system was analyzed and engineering work completed to ensure the measurements were accurate.

Under the pilot, which is deemed temporary and overseen by the Colorado Water Conservation Board and the Colorado Division of Water Resources, some water is left in the stream to ensure downstream water rights are satisfied while the experiment is underway. “We have left water on the table to reduce downstream opposition,” he says. “If we did it long-term or permanently, we would have to do more fighting for every little drop.”

There are still plenty of skeptics in the region, Hirakata says, and he may become one of them if, after a dry year, his farm is hurt financially. But he’s keeping an open mind for now. “If there is a way to work this, to lease water and continue to farm, you don’t dry up the valley. It’s a plus for both of us. Don’t be closed minded. Don’t say ‘hell no.’ It might not be in my lifetime that it really comes into reality, but it could be something that my kids could see.”