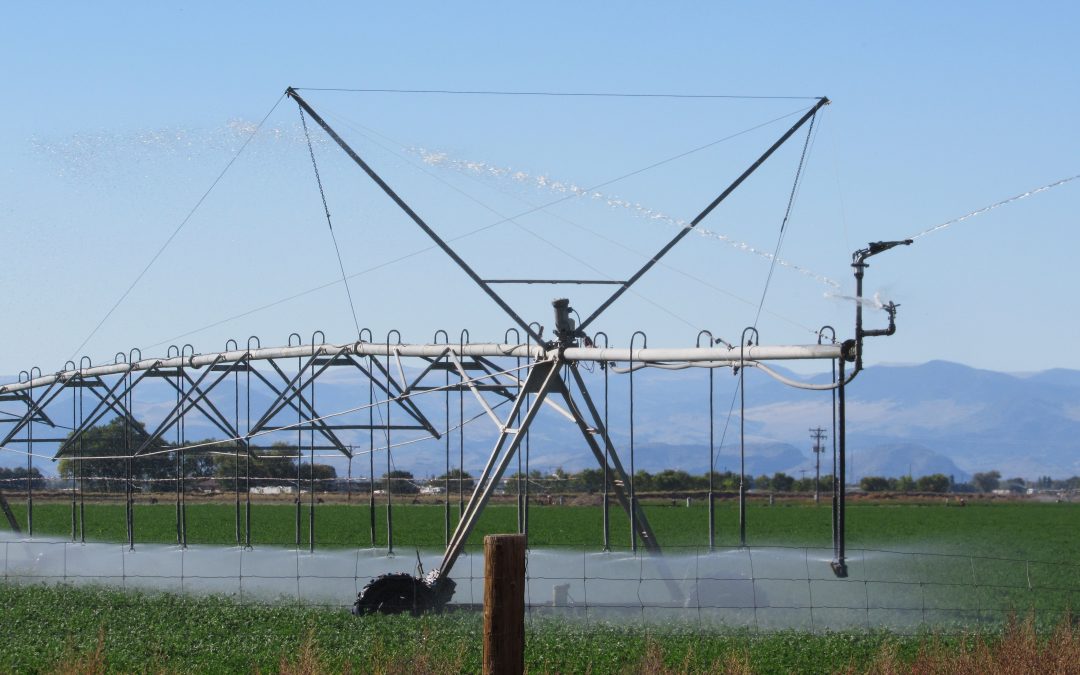 A $15 million voluntary effort to save vast amounts of water in the heart of Colorado potato country has taken a major hit this summer, with nearly three quarters of the water saved in recent years wiped out by the drought.

Since 2012, farmers in the San Luis Valley in southern Colorado have been taxing themselves, reducing their use of powerful groundwater pumps, and fallowing land in an effort to restore an aquifer damaged by over-pumping, so damaged that it is hurting surface supplies in the Rio Grande River.

“It’s been an extremely challenging year,” said Cleave Simpson, general manager of the Rio Grande Water Conservation District. The district is charged with meeting the state mandate to return the aquifer to health, or face a mass shut down of agricultural wells in 2030.

More than 3,000 wells operate in the San Luis Valley, helping irrigate one of the top three farming regions in Colorado. Thanks in large part to these wells, which began operating in earnest in the 1960s, the San Luis Valley is ranked as the No. 2 potato growing region in the United States.

Up until now, theirs was a success story, one of the few bright spots in an American West where few people have learned how to use less water and cope successfully with a 19-year drought cycle that shows no sign of easing.

Last year at this time, after six years of work, farmers had restored 350,000 acre-feet of water in the aquifer, halfway to the state-mandated goal of 700,000 acre-feet. That’s enough water to serve roughly 350,000 urban households for one year.

But disaster struck this summer.

Farmers in the San Luis Valley typically irrigate with a combination of surface water from the Rio Grande River and its tributaries and groundwater pumped from the aquifer. But this year the Rio Grande, like other rivers choked by this dry spell, saw less than half of its average streamflows, forcing farmers to rely heavily on the aquifer to bring in their crops.

A young steer in a holding pen in the San Luis Valley near Alamosa. Credit: Jerd Smith

Farmers knew some decline in the aquifer’s level was almost inevitable, but they hoped to keep the losses to a minimum. Instead they lost 248,000 acre-feet as of Sept. 12, 70 percent of the 350,000 they had worked so hard to save.

“It was really disappointing,” said Heather Dutton, a longtime valley resident who grew up on a potato farm and who now manages a small water district in the area. “We had foreseen a drop. It was inevitable. But I’ve been surprised at the extent of the reduction. I was holding out hope that we would have a miracle.”

The recharge program began in 2012 after years of litigation, with some well owners disputing the state’s authority to act, and many even questioning the engineering and science behind data on the aquifer’s declines. Since then $15 million has been spent to pay farmers to fallow ground, and in some case, to buy water that can be placed in the aquifer permanently.

Next year, the program will expand, with large new sections of the valley adopting recharge programs through public subdistricts that are being established with taxing authority.

But it’s not clear whether that will be enough to help the region avoid a mandatory, state-ordered well shut down in 2030.

“There is some real concern as to whether they can meet these sustainability levels with these big drops coming,” said Craig Cotton, the division engineer and top water regulator in the valley. “If we have good water years they can probably do it. If they don’t, they may have to take some additional steps to reach that sustainability level.”

And Mother Nature isn’t likely to help. Cleave Simpson talks longingly of the days when the Rio Grande River, fed by snowmelt from the scenic San Juan Mountains, would have a spectacular year and generate 800,000 acre-feet of water.

The valley hasn’t seen a year like that since 2005. These days Simpson would settle for an average year of river flows, when it generates roughly 650,000 acre-feet. But those have been scarce too. This year, for instance, the Rio Grande will generate just 285,000 acre-feet, according to state estimates.

Across the valley, growers and those who depend on them are concerned. Windi Seger runs Locavores, a two-year-old restaurant in Alamosa that specializes in dishes prepared with locally grown crops. Her husband is a long-time farmer in the area.

“We are pretty worried,” she said. “My 17-year-old son has toyed with the idea of coming back here to farm, but he says he won’t because of the water situation. It has pushed us to diversify [in part by opening the restaurant].”

Tyler Mitchell is a potato farmer who has already permanently fallowed about 250 acres of land, and has also begun growing malt barley and quinoa. While many are predicting that the valley’s sprawling agriculture industry is destined to shrink, Mitchell thinks it can still be saved

With more growers agreeing to fallow land and growing less water-intensive crops, such as quinoa, he believes that is possible. Quinoa uses less than 10 inches of water per acre, while potatoes soak up as much as 15 inches.

Still, hard work lies ahead. The Rio Grande Water Conservation District had originally planned to fallow 40,000 acres of land, enough to easily save 1 million acre-feet of water by 2030. To date, however, just 10,000 acres have been fallowed. Some farmers have been reluctant to fallow ground, opting to keep growing crops to maximize their income.

Dutton and others believe the valley will be able to save the aquifer. She points to the region’s culture, one that has endured hardship before, and which is known for its ability to reinvent itself.

“This is not the first or last crisis these people will face,” Dutton said.