A Trust for Colorado Water 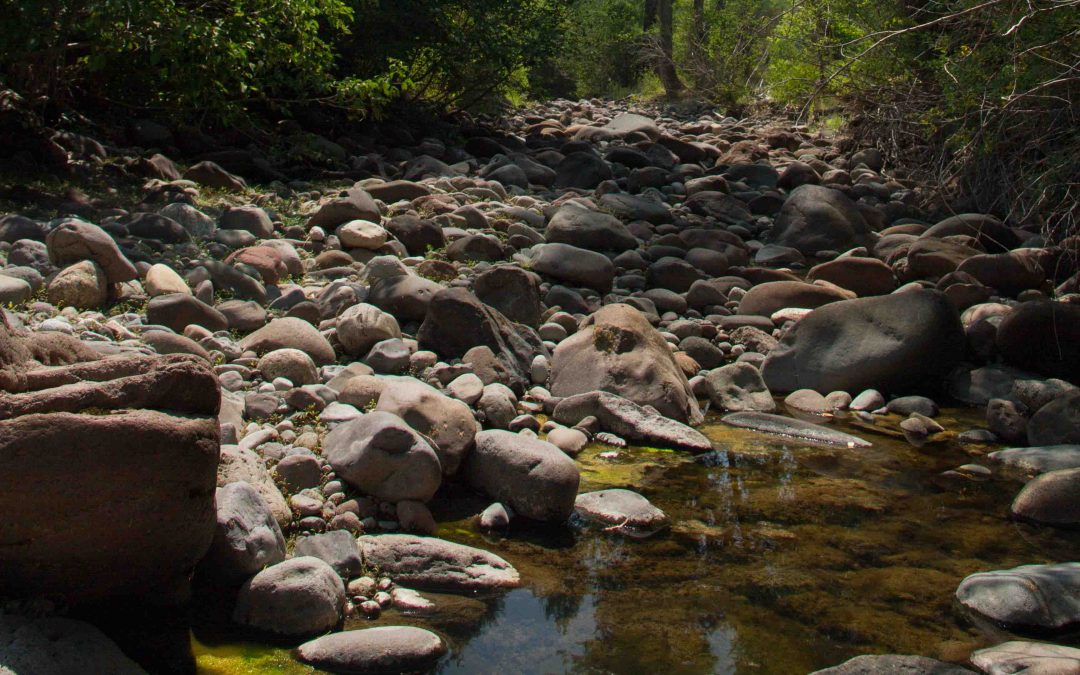 A Colorado Water Trust project benefits the Little Cimarron River using a senior water right that keeps productive land irrigated in a split-season arrangement, where water is applied to fields in the first part of the season, then left in the river during later summer months when fish need it most. Courtesy Colorado Water Trust

While land trusts are now focusing more on water, one group has been restoring water from the start. The Colorado Water Trust (CWT) was founded in 2001 to restore healthy streamflows to the state’s waterways, and has since restored nearly 41,000 acre-feet of water to 444 miles of rivers and streams.

CWT’s work to keep water flowing is essential to restore environments and prevent streams from drying. As just one example, during the 2012 drought, when flows were perilously low, CWT leased water out of Stagecoach Reservoir and released it down the Yampa River. Releases have continued to bolster the river in seven of the last nine years, helping cool flows through Steamboat Springs, improve fish health, maintain hydropower production, and keep the area open for boaters. Leased water will likely continue boosting flows for years to come, thanks to the recently established Yampa River Fund.

CWT also works as a partner to the Colorado Water Conservation Board’s (CWCB) instream flow program, which over five decades has appropriated instream rights on more than 9,700 miles of water and completed more than 35 voluntary water right acquisitions. By law, CWCB is the only entity in Colorado that can use water rights for instream flow purposes. CWT can act as a liaison to bring water rights holders to the state, educating them on the benefits of keeping water flowing, and managing complex transactions, engineering reviews, and appraisals.

“It’s invaluable to work with them,” says Linda Bassi, chief of CWCB’s Stream and Lake Protection Section. “They’re able to be out in the community more than we, as the state, can be.”

The partners have a number of tools at their disposal. Water rights can be sold, donated, loaned or leased on a long- or short-term basis for instream flow use. The parties may also reach a private agreement, where the water right holder executes timed reservoir releases or agrees to not divert some water.

HB20-1037, signed in March 2020, allows water users to put augmentation water rights back into rivers for environmental purposes without impacting other diversions for consumptive uses. A group of water users on the Cache la Poudre River sought this legislation together with CWT to protect flows on hard-working rivers.

The creative deals have paid off. In 2014, CWT and Western Rivers Conservancy collaborated to purchase land and water rights on the Little Cimarron River near Gunnison—the land has since been sold to an ag user. CWT granted an interest in McKinley Ditch water rights associated with that purchase to the state for environmental use and an interest to the landowner for irrigation. Farmers will keep using water early in the growing season, when irrigation is most needed, and forego diversion later in the year when flows are lowest.

With those tools in hand, CWT has its sights set on a new goal: connecting rights along the Cache la Poudre River from Fort Collins to Greeley, restoring healthy flows to a parched section of the waterway. 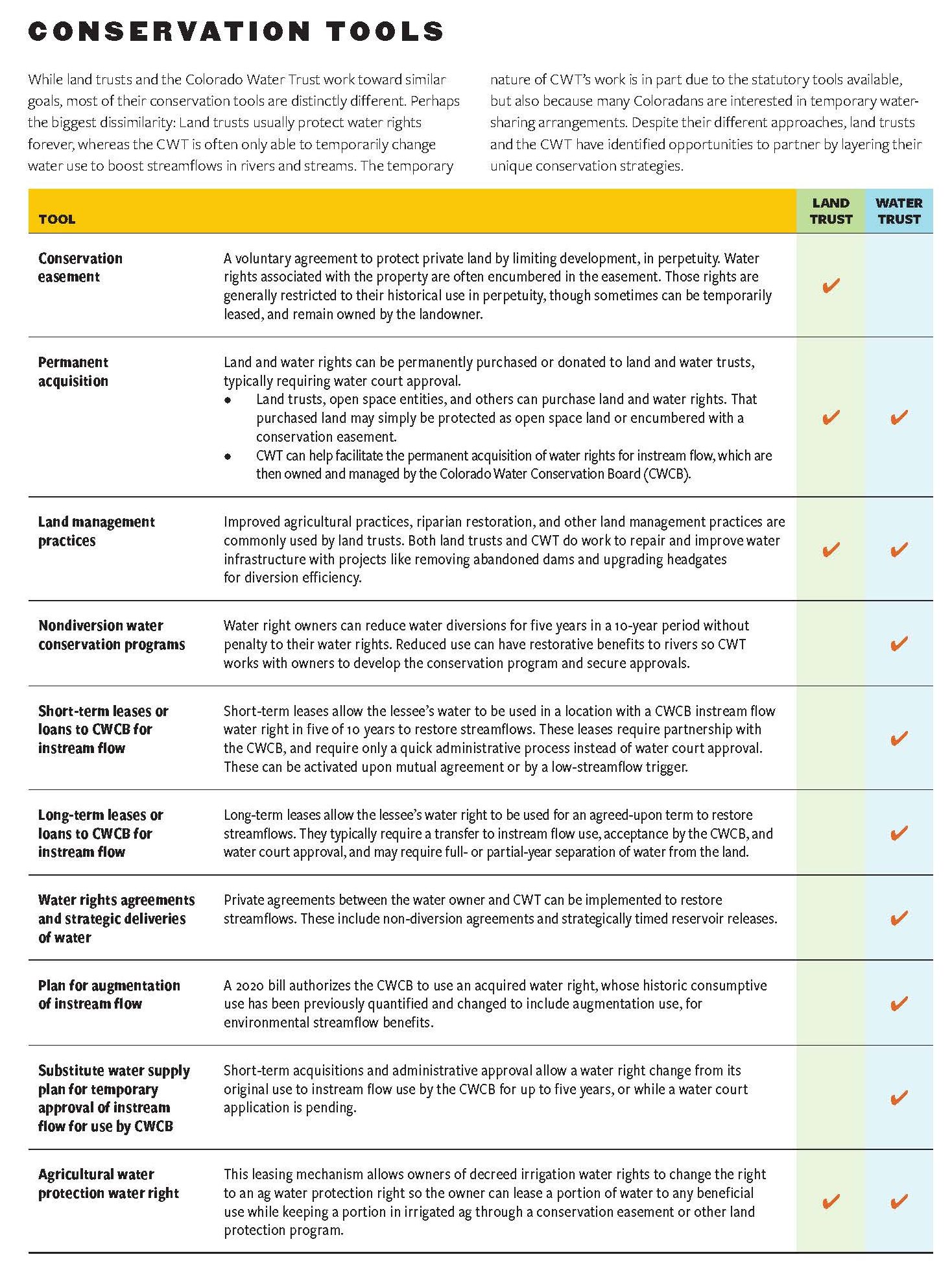