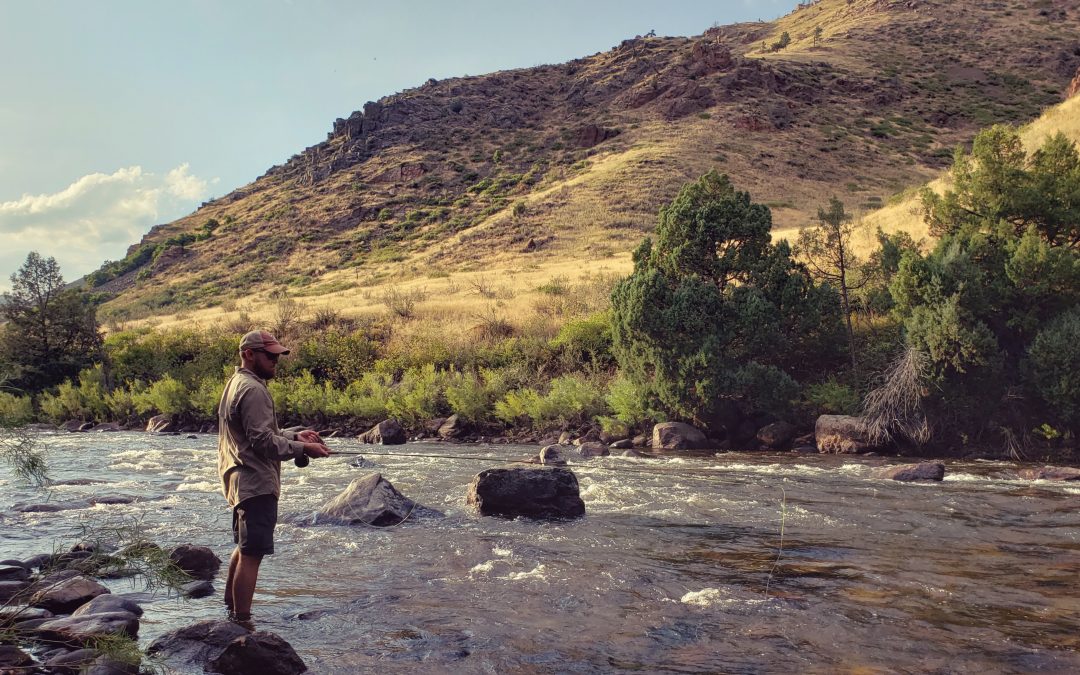 Fishing and environmental flows on this stretch of the Cache la Poudre River, between Fort Collins and Greeley, will benefit from House Bill 1037, which clarifies that augmentation plans can be a tool to restore flows through the state's Instream Flow Program.

Two new pieces of legislation signed by Gov. Jared Polis in March 2020 will expand the ability and framework for water users to increase environmental flows in Colorado’s rivers during dry, low water years.

House Bill 1157 expands Colorado’s already-existing program for loaning water for environmental flows. Previously, a water user could loan a water right to the Colorado Water Conservation Board (CWCB) for instream flow use for three out of 10 years in a single 10-year period. This new legislation expands the program to five out of 10 years and the loan period can be extended for two more 10-year periods, giving water users more opportunity to provide instream flows for up to 15 out of 30 years.

“This legislation is very important,” says Colorado Parks and Wildlife regional water specialist David Graf. In 2012, Colorado Parks and Wildlife participated in the instream flow loan program to loan 18 cubic feet per second of water out of Big Beaver Reservoir to increase flows in the White River. “We looked pretty carefully at the hydrology, and the water we were able to release seemed to be really the only water in the river at that time. The fishery didn’t thrive but it didn’t die, and without that water it would have been damaged.”

The loan program has also been used on the Fraser River during drought years thanks to loaned water from the Winter Park Ranch Water and Sanitation District, along with many other loans in Colorado River headwaters tributaries. Kirk Klancke, former manager of the sanitation district and current president of the Colorado River Headwaters Chapter of Trout Unlimited says the program’s expansion will help water users keep water in rivers as communities face population growth and an unpredictable climate.

“The rivers here in Grand County are more de-watered by transbasin diversions than any other county in Colorado,” Klancke says. “Keeping water in the Fraser is half the battle of keeping the river healthy, and is becoming even more important as the effects of climate change loom. This new bill gives us more water that will stay in the river in low-flow years when it is needed. This bill gives more flexibility to existing instream flow water rights but, more importantly, makes it more inviting for other water rights owners to get involved in the instream [flow] loan program. With the growth of the program comes more security for the health of the heavily diverted Fraser River.”

House Bill 1037 authorizes the CWCB to use an acquired water right, whose historic consumptive use has been changed to include augmentation, to increase streamflows for environmental benefits. Augmentation plans have long been used by irrigators to offset their water use when their rights aren’t in priority under Colorado’s water rights system. Now, instream flows too can benefit from augmentation water without affecting senior water rights. House Bill 1037 is critical to a program being developed on the Cache la Poudre River to allow willing water rights owners to lease or sell their water to enhance return flows where the river can dry up in locations between Fort Collins and Greeley using the state’s Instream Flow Program. The new law clarifies that augmentation plans can be a tool for this program to utilize to restore flows.

“When we started putting together the water court application and through informal outreach, it became clear there were a bunch of questions about how an instream flow plan for augmentation would be operated,” says Kate Ryan, senior staff attorney for the Colorado Water Trust. “The legislation leaves less questions and gives more assurances that there will be no injury to other water users on the river.”