Advancing Open-Access Reporting on Water Use 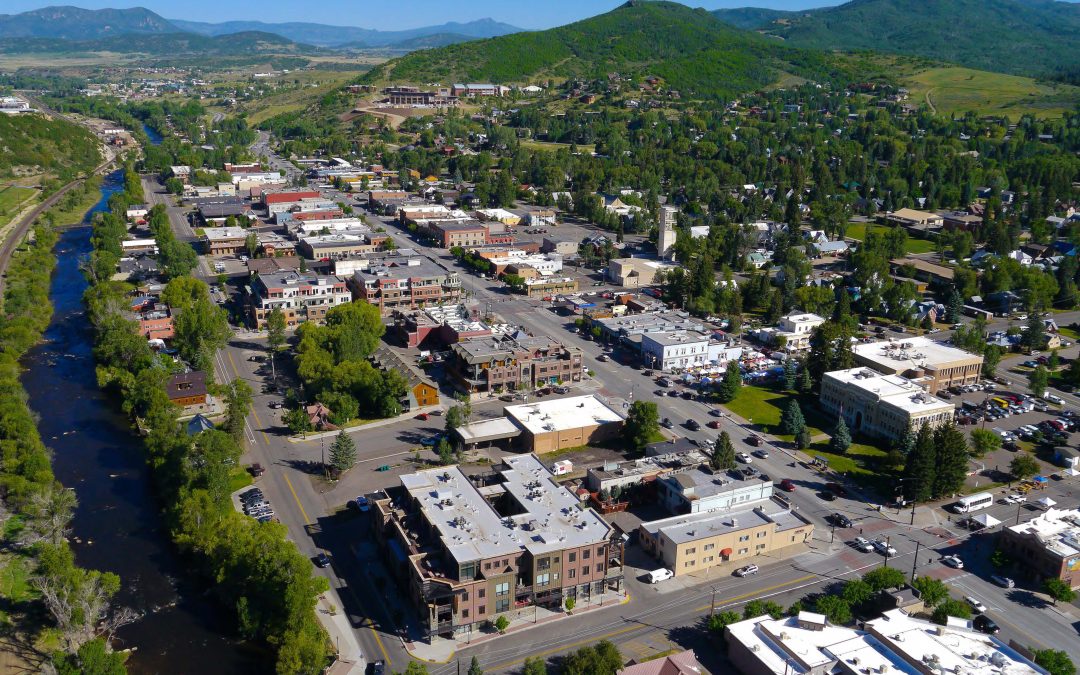 Per-capita water use stats in Steamboat Springs (above) and other resort communities can be falsely boosted by visiting tourists only to fall flat during the off-season, making it difficult to compare against towns with consistent water demand. Photo courtesy of the National Register of Historic Places

Over the past decade, Western Resource Advocates (WRA) has produced numerous reports compiling and analyzing communities’ water use and conservation. Studies examining a dozen or more cities have offered valuable insight on the effectiveness and obstacles of various conservation measures and tools, but the supporting data hasn’t come easily. “Data collection is often the biggest part of those reports,” says Drew Beckwith, WRA’s water policy manager. “It can take months to get that kind of information out of one provider, and then to standardize and format it.”

State lawmakers seemingly facilitated such water-data-driven research in 2010, through House Bill 1051. With the goal of collecting more data to improve state water planning, the legislation requires major water providers who sell 2,000 or more acre-feet of water per year, enough for about 4,000 families, to annually report water use and conservation programming to the Colorado Water Conservation Board (CWCB) through an online data portal.

“The main idea was getting finer detail and more frequency in data collection so we could apply it to the statewide planning purposes,” says Kevin Reidy, CWCB’s water conservation technical specialist.

Previously, the CWCB mostly relied on utilities’ water conservation plans, which water providers only have to update every seven years, to inform Colorado’s Water Plan, released in 2015, and the supporting Statewide Water Supply Initiative (SWSI). Since the 1051 program began compiling data in 2014, the state now gets annual snapshots of providers’ water use and conservation. Over time, the data should help managers understand municipal water use trends related to weather events, rate changes, and water shortages.

After four years of reporting, Reidy says the 1051 program is amassing datasets, although users are experiencing some gaps and issues, such as a lack of data from certain rural areas without large water providers.

But conservation groups, industries, and tech developers have lamented one major gap: open, public access. Beckwith says the program should be a one-stop shop for collecting water-provider data for research and analysis by outside groups like WRA, but it hasn’t worked like that. For the past few years, CWCB has released 1051 data through formal open-records requests but did not publicly post the data online. The reluctance to do so has gone against the spirit of the legislation and government transparency, says Steve Malers, founder of the Fort Collins-based Open Water Foundation.

Responding to such criticism, Reidy notes concerns on the other side. In particular, some providers have feared bad press and unfair criticism from media or analysts who might use the data to compare communities strictly on per-capita water use. That’s a problem since Colorado’s cities and towns have different industries, economies, and climates that can heavily influence such figures. For instance, a ski town may experience large bumps in water use from weekend hotel guests that can skew per-capita water use reporting versus a similarly sized town that doesn’t attract tourism.

However, this April marked major progress: CWCB made 1051 data publicly available through the Water Efficiency Data Portal on its website. Beckwith and others laud the move toward improved transparency and see it as a sign that governments and utilities are getting more comfortable with sharing data with residents, ratepayers, and others. Still, users must receive permission—through login names and passwords—to view 1051 data, while other portals openly post datasets for direct access.

The increased access, Malers says, will also enable data providers, users and managers to better evaluate CWCB grant programs’ effectiveness—allowing the agency and stakeholders to see whether state funding is being directed to where it has the greatest impact. It will also enable outside checks and balances as state water planning proceeds to identify projects deemed necessary based on current use and future water demand projections.

One side benefit from the 1051 data reporting is that it led to another water-conserving effort by the state. The data revealed that many providers weren’t following American Water Works Association (AWWA) best practices to audit losses in their distribution systems. Water-loss management “can be a real water and money saver for providers when they do it in a comprehensive manner,” Reidy says. In response, Reidy helped organize a pilot run of workshops in 2015 to teach water providers about “water-loss accounting,” considered the most efficient and reliable approach to detect leaks. “[The 1051 data] got my gears moving,” Reidy says, and the pilot trainings revealed a need for continued training. As a result, on July 1, the CWCB’s Office of Water Conservation and Drought Planning received $1.1 million, a line item in House Bill 17-1248, to implement a full-scale statewide training program using the AWWA methodology.