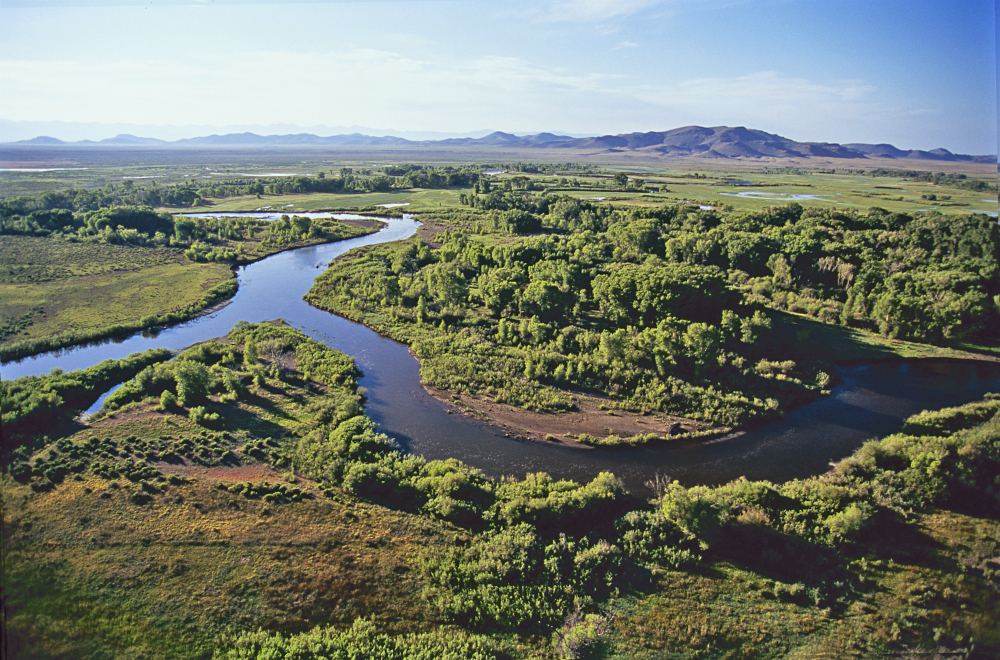 The Rio Grande flows 200 miles from southern Colorado’s high country before crossing into New Mexico, Texas, and Mexico—finally releasing into the Gulf of Mexico. Like all rivers that originate in-state, Colorado must share the Rio Grande’s waters with its downstream neighbors. In the San Luis Valley, the 75-year-old Rio Grande Compact governs all things water.

“The ultimate goal is to keep our depletion of the river the same as it was in the 1920s and 1930s,” says Craig Cotten, division engineer for Colorado’s Water Division 3, which administers water in the upper Rio Grande Basin.

Around the turn of the 20th century, irrigators in the San Luis Valley diverted much of the Rio Grande’s flow, worrying downstream states. From 1927 to 1936 engineers studied the river’s flows and uses; when it was signed in 1938, the compact adopted the results of those studies to fairly allocate the river between the three states.

Today, the compact dictates how much water Colorado must send across the New Mexico border from both the Conejos River and Rio Grande mainstem. Depending on the year’s flows, Colorado must send between 35 percent and 70 percent of the rivers’ water downstream.

The percentage increases on a sliding scale in correlation with the rivers’ flows. Although the Conejos is a tributary of the Rio Grande, Colorado measures and delivers water from these two streams separately.

During the 1950s and 1960s, Colorado ignored the compact, using water freely and accruing more than 900,000 acre feet in water debt. In 1966, New Mexico and Texas sued Colorado, and in 1968, the U.S. Supreme Court ordered Colorado to meet its compact obligations each year and repay the debt over time. 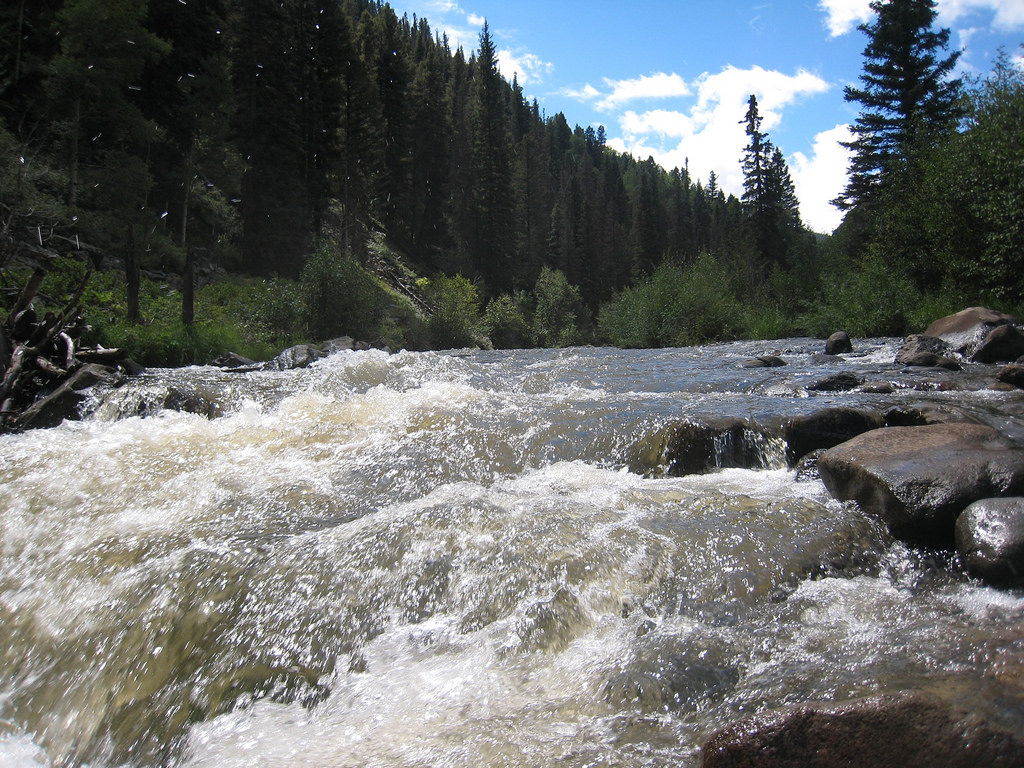 After the ruling, Colorado’s Division of Water Resources began curtailing use for the first time in the San Luis Valley; irrigation ditches were closed so water would flow to the border. In 1985, the Rio Grande carried enough water to fill and spill Elephant Butte Reservoir in New Mexico, which, under the compact, allows Colorado to use as much water as it wants to—and clears Colorado’s debt. The 1985 spill wiped away about 500,000 acre feet of water debt. “It was a very good thing,” Cotten says.

Now Colorado remains vigilant to abide by its compact obligations. Each spring, the Division of Water Resources uses snowpack and streamflow forecasts to predict how much water will be in the riversthat year—and how much will need to be sent downstream. As summer wanes and flows actualize, Colorado adjusts its curtailment to meet its obligation without sending too much water to New Mexico.

Flows are so tenuous that this watchful approach to administration is necessary, yet it hasn’t kept Colorado out of conflict. Today, three potential legal battles loom, each aggravated by drought. When Colorado sends more water downstream than it is required
to, that water can be stored in Elephant Butte Reservoir and credited to Colorado to offset future under-deliveries. Having credit water in Elephant Butte also allows Colorado the possibility to store water in Rio Grande Basin reservoirs that post-date the compact. In 2011, Texas faced drought conditions, and the Bureau of Reclamation, which manages Elephant Butte, sent Colorado and New Mexico’s credit water down to Texas during the heat of summer, replacing it in the fall. “They paid back the water they took, but allowed Texas to use our credit water without us getting any benefit of that—any benefit of us being able to store more water up here,” Cotten says. The same was true for New Mexico. New Mexico sued, and Colorado filed briefs agreeing with New Mexico’s position. The case is now in the New Mexico Federal District Court.

Texas filed a separate suit against New Mexico in January 2013 for alleged compact violations, arguing that New Mexico’s failure to regulate well pumping south of Elephant Butte Reservoir deprives Texans of water they would otherwise receive. “They don’t have any direct claims against Colorado,” Cotten says. Still, Colorado is preparing for a potential lawsuit to protect its allocation.

The most recent threat to Colorado’s compact apportionment also came in January 2013, when the U.S. Fish and Wildlife Service (USFWS) designated critical habitat for the endangered southwestern willow flycatcher along the Rio Grande and Conejos River in Colorado, along with an area surrounding the upper part of Elephant Butte in New Mexico. Some worry that this designation could change water delivery requirements, but the USFWS assures that all requirements will comply with the compact.*

Though the compact can feel burdensome, it gives the state certainty in the amount of water it can use. “We believe we are protected by the compact, and we will follow the compact,” Cotten says. “It has, in general, worked fairly well for the last 75 years.”

*Correction In the printed magazine, we wrote, “The USFWS could use the designation [of the southwestern willow flycatcher] to require the delivery of more water downstream, beyond what is required under the compact”. That statement has been changed to read, “some worry that this designation could change water delivery requirements, but the USFWS assures that all requirements will comply with the Compact.”