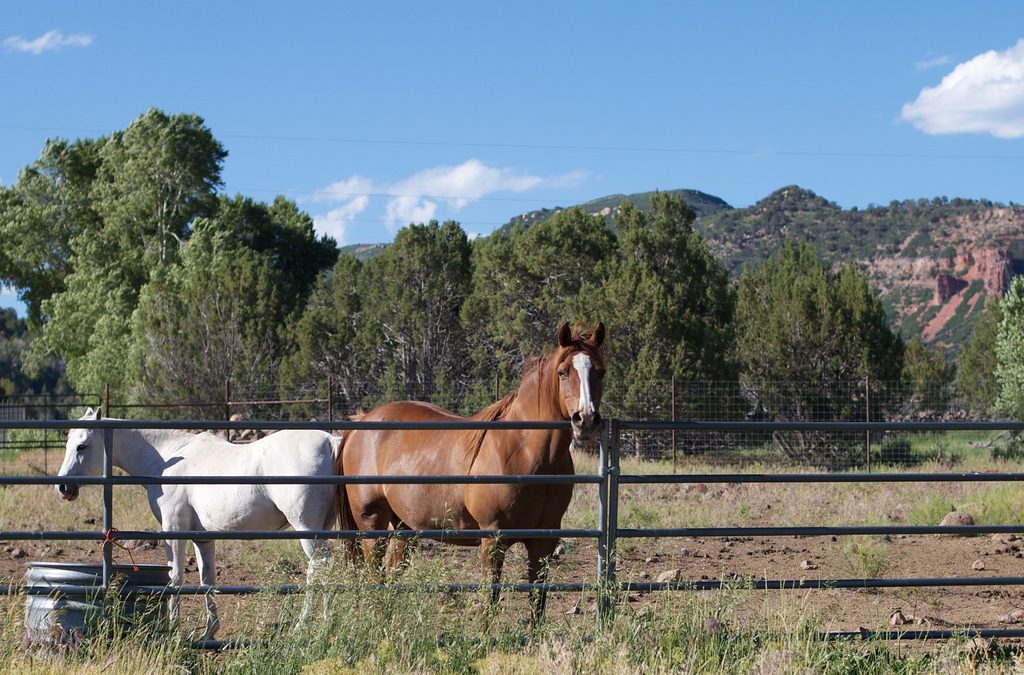 Agricultural water, which accounts for nearly 87 percent of Colorado’s water diversions and many of the state’s oldest water rights, is being targeted for use by other sectors. At the same time, ag lands are becoming urbanized. The 2014 draft of Colorado’s Water Plan estimates that irrigated acres statewide could decrease from 3.5 million today down to to 2.7 million due to both water transfers and growth.

Colorado’s Water Plan, set to be finalized in December 2015, emphasizes the importance of keeping water in agriculture and protecting the industry’s viability. But given Colorado’s growth projections and existing agricultural water shortages, some ask whether it is realistic to prevent dry-up and “save” agriculture everywhere it currently exists.

Even today, water for agriculture comes up short for users in all basins, with major impending threats to groundwater. At current depletion rates, the Ogallala Aquifer that supplies many rural Eastern Plains communities is expected to last less than 50 years, according to a 2002 report by McLaughlin. Likewise, the San Luis Valley’s 6,000 wells are no longer seen as sustainable, and the Statewide Water Supply Initiative 2010 estimated that as many as 80,000 irrigated acres could be dewatered to protect the water table and senior water rights holders there.

In the face of competition from growth and other uses, Joe Frank, chair of the South Platte Basin Roundtable, believes the market will dictate where agriculture persists. But the power of that market to influence ag’s future could be tempered. “We at least ought to put them [all water supply options] on equal playing fields and not make dry-up of agriculture the best option out there,” Frank says. “If dry-up of agriculture is the only water supply option, then 50 percent of the South Platte’s irrigated agriculture could be dried up by 2050.”

Weld County, Colorado’s top agricultural producer, includes sections in its land development code to bolster agriculture while protecting private property rights. “Nothing in the code prevents a landowner from taking prime farm ground out of production, but there are provisions in the code that can help minimize this loss,” says Tom Parko, director of planning services in Weld County. The county recommends, for example, that lots divided in an agricultural zone be located on the corners of a property to reduce interference with crops and irrigation pivots. And since 2010, lots smaller than 35 acres can not be further subdivided without going through the county’s “re-subdivision recorded process.” This has kept some irrigated property in production and minimized land divisions, Parko says.

Agriburbia and urban gardening are additional concepts that transform underutilized land into farmland, growing food close to the population base either on designated farmland, in developments, or in unused spaces such as under power lines or in vacant lots. Although local food security is advanced, it’s a different concept than maintaining large-scale agriculture and preserving rural economies.

Even with strong advocates, some agricultural land will go. Frank estimates around 20 percent of the South Platte’s irrigated acres are already owned by municipalities but have been kept in production until the water supply is needed. Water-smart land use patterns that reduce per-capita water demands for new developments could slow the continuation of that trend.