A Hedge Fund Hunting For Hedgerows 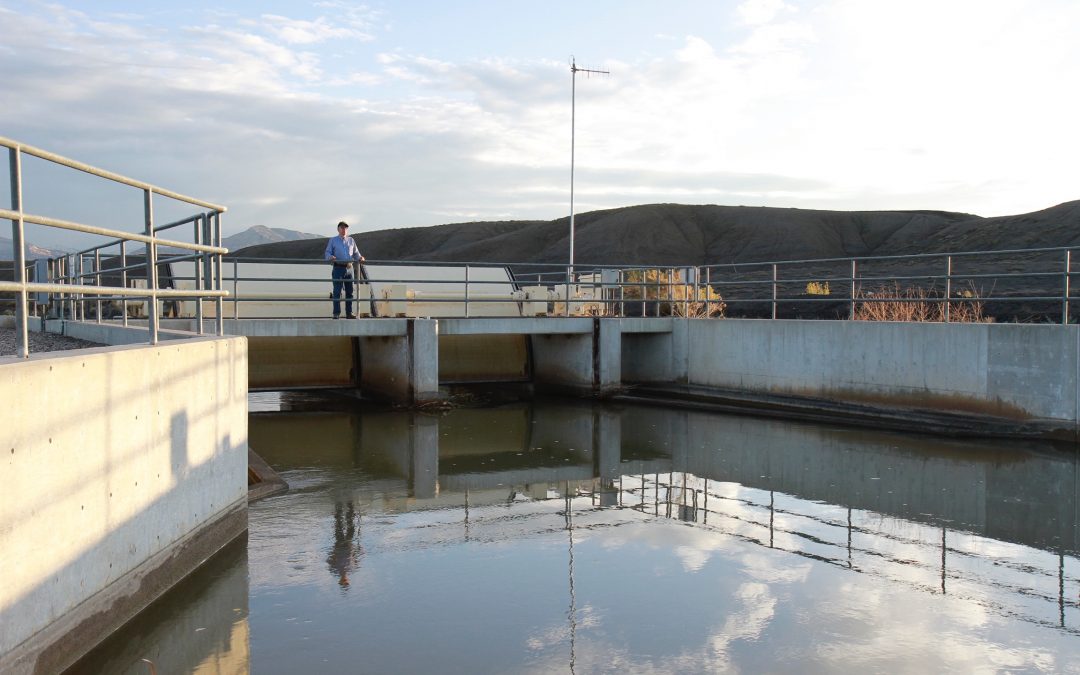 Mark Harris with the Grand Valley Water users Association stands above the Government Highline Canal in the Grand Valley. This water is used to irrigate the farms that Water Asset Management has recently purchased. Photo by Greg Poschman.

An investment company is buying up Grand Valley water rights. Are they banking on a water-short future?

Since September 2017, Water Asset Management (WAM) has paid more than $6.2 million for at least five separate farms comprising about 800 acres around the towns of Fruita, Loma and Mack near the Utah border, according to Mesa County property records. Neither WAM’s founding partner Disque Deane Jr. nor the company’s Colorado asset manager Matt Ketellapper responded to requests for comment. Yet the men have told officials at the Colorado River District they plan to purchase around 2,500 acres in the Grand Valley—about one-tenth of all the irrigated land served by the Grand Valley Water Users Association.

Although WAM is leasing its Grand Valley farms to agricultural producers this year, Andy Mueller, general manager of the Colorado River District, is concerned the company’s long-term plan is to sell or lease its land and water to municipalities during a water-short period. “They say they are interested in supporting sustainable agriculture,” says Mueller. “We are concerned about whether or not that is accurate.”

Although its representatives may have indicated otherwise, the company’s website is explicit about the goal of these activities: “Water Property Investor, LP (“WPI”) will invest primarily in a diversified portfolio of water resources, in the water-stressed Western U.S., purchased at agriculture value. These resources shall then be repackaged and repurposed and sold to higher value municipal, industrial and environmental consumers …”

WAM’s website also states that it aims to generate a financial return of between 17 and 22 percent on its water investments.

If water shortage were ever to result in a compact “call” on the Colorado River, a municipality that bought the land and water now owned by WAM could potentially send that water downstream to the lower basin to offset the continued use of more junior water rights—which supply most transbasin diversions made from the headwaters region—provided their plan to do so was approved by a water court. That’s according to Denver-based water attorney David Robbins, who has represented the State of Colorado in a wide range of interstate water matters.

The idea that water-strapped Front Range cities could one day pursue acquisition of Western Slope agricultural water rights to cope with shortages is not new. But the notion that a Madison Avenue hedge fund could swoop in to capitalize on the deal—effectively “buying low” from farmers then turning around and “selling high” to cities—represents a new twist in a long-anticipated story, one that could affect all Coloradans.