Not just what, but how, we pay for water 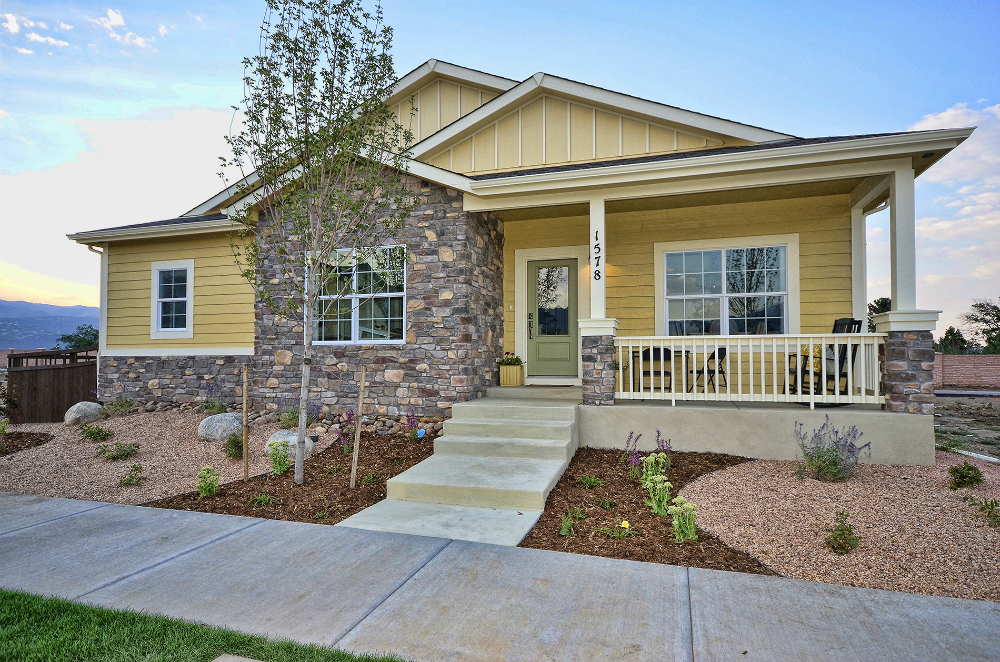 Cheap water may be under-appreciated by consumers and developers, while prices that ratchet up for increased use can stimulate behavior change—and demand for housing like this WaterSense home with xeric landscaping in Colorado Springs.

They say you get what you pay for. When it comes to water service, at $3 or $4 per 1,000 gallons, sometimes less, it’s possible that we get far more. But what if, built into our utility’s pricing structure, we also wind up subsidizing the high costs of what University of Colorado economist Chuck Howe calls “scattered, shotgun development?” Or covering the cost of exorbitant water use by our utility’s biggest customers?

Howe argues that the large investments utilities make to install long-distance piping associated with dispersed, as opposed to concentrated, growth patterns causes an incredible increase in the costs of public services. “If you have an expensive system, your rates are going to be high,” says Howe. The same goes for the costs of adding new raw water supply to the system to service growth and maintain reliable service, he says. “There’s an incremental cost of additional water you have to acquire to serve new customers; those costs are high.”

As water utilities seek price points that not only cover today’s service costs—including infrastructure maintenance and replacement costs that are escalating nationwide—some are also aiming to defer additional costs for expansion or new water supply by motivating customers to slash demand. That’s all while adhering to industry principles of fairness and equitability in pricing. So how does a utility know if it’s gotten it right?

“There are different theories about how we price water,” says Tom Gould, vice-president of Washington-based HDR, Inc., who also leads seminars on financial management for the American Water Works Association. While utilities have historically based rates on the average cost to obtain and deliver water to customers, economists argue for the incorporation of marginal costs as well as social costs, which are not easily quantifiable, says Gould.

A utility must tie its capacity to deliver to peak demands, for example, even though those peaks occur inconsistently—mostly in hot, dry periods of summer when lawns are getting a drink, explains Howe. The costs of building to accommodate the peak, he says, are marginal costs.

Utilities have begun to incorporate marginal costs through increasing block or tiered rates, where the highest tiers are used not only to encourage conservation, but also to account for the greater strain placed on the system by the biggest users at peak periods. Fully incorporating marginal costs, however, could triple or even quadruple water rates, says Gould.

Ultimately, legal precedents and utility charters require utilities to substantiate, under applicable state law, the rates they charge customers. This was seen in San Juan Capistrano, California, in April 2015 when an appellate court required the utility to justify charging its heftiest consumers $12 per 1,000 gallons at the highest tier, far more than those at the bottom. The court cited a California constitutional provision, which does not exist in Colorado, that requires utilities to base charges upon the actual cost of providing water service to a specific property. Howe argues that the higher rate was based on cost—the cost of having those big users added to the peaks.

Such high rates and jumps between tiers aren’t unheard of in Colorado, where in 1996 the Colorado Supreme Court in Bennett Bear Creek v. Denver stated that the “methodology chosen by an entity empowered with rate-making authority will not be set aside unless inherently unsound,” while noting that “rate making is a legislative function which involves many questions of judgment and discretion.” Colorado Springs Utilities, for example, has enacted significant rate increases in recent years to pay for its new Southern Delivery System, built in anticipation of growth, but also implements attention-getting block rates. For customers inside city limits who hit 18,700 gallons in monthly use, the rate is $13.20 per 1,000 gallons—almost three times what it costs for using up to 7,500 gallons in the lowest tier. For customers served outside the city, the top tier rate climbs to $19.81. Denver Water charges $2.75 per 1,000 up to 11,000 gallons of use, and $11 per 1,000 once customers hit 40,000 gallons. Elsewhere in Colorado, flat fee structures are still used, and, in some service areas with relatively minimal growth, simple systems, and plentiful supplies, customers pay as little as $1 or $2 per 1,000 gallons.

While Gould acknowledges that some wealthier customers will remain indierent to price, at least to a point, he suggests other ways to spur conservation. He points to tailored reports that compare a customer’s water use to that of other households. “The power of peer pressure is really important,” says Gould. “Deep down, we all want to conform.” In Colorado, a handful of communities, including Fort Collins, Brighton and Greeley, already use WaterSmart software to provide this kind of customer feedback and social norming data on water bills.

Meanwhile the San Juan Capistrano utility is revisiting its price structure to provide the court-mandated cost basis for its rate tiers. Reining in demand, which Gould says was the utility’s original intent, will remain a primary goal under whatever new pricing is established: “It was about getting people’s attention and changing behavior. They had no alternate source of supply…they were running out of water.”