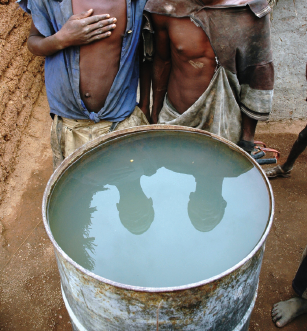 Imagine life without your toilet. The picture, both at home and in the surrounding community, gets messy quick. Or, perhaps there is no faucet to turn, whereby, with little effort of your own, safe water pours forth from underground pipes that connect to a water treatment plant.

Now, imagine if all the children under five years old in Colorado, Utah, Wyoming, New Mexico, Arizona and Kansas died from diarrhea. Reality strikes. An equivalent number of children—approximately 1.5 million—younger than five do, in fact, perish this way annually around the world. This silent threat steals the breath of more young children than AIDS, malaria and measles combined. A lack of access to clean water and sanitation, including toilets and wastewater treatment, is the root cause of this problem.

The absence of clean water is also linked to poverty and lack of education and opportunity. Diseases contracted from drinking dirty water either kill people, or make them too sick to work or go to school. And the burden of hauling water over long distances—the United Nations estimates an average of 6 kilometers per day in poor communities—is often shouldered by women and girls, who likewise lose the opportunity to earn an income or an education.

Some Colorado organizations and businesses are already working in that direction.

At a hospital in Cerca La Source, Haiti, a Sunspring now provides safe drinking water to as many as 5,000 people daily. Photo courtesy Innovative Water Technologies.

Five years ago, Jack Barker received an email from a mission group in India soliciting help. The message quoted a young, orphaned girl: “I drink water every day because I have to. It makes me sick.” At the time, Barker managed about 100 small water treatment and wastewater plants around Colorado through his business AAA Operations. Today, a copy of that email hangs on Barker’s office wall, reminding him of the reason he and his wife, Carmen, started Innovative Water Technologies, a spinoff company with a mission of bringing purified water to remote areas.

To further its mission, Rocky Ford-based Innovative Water Technologies designed the Sunspring, a self-contained, solar-powered, portable water filtration unit. The Sunspring uses membrane technology developed by General Electric that can filter particles as small as .02 microns. “You can drink the water straight out of it and it’s bacteriologically safe,” says Barker.

The 900-pound Sunspring arrives at its destination with all the necessary tools for assembly, and can produce purified water within two or three hours, given fresh water and sunshine. It can continue to filter up to 5,000 gallons per day for ten years and perhaps longer. The unit also has a Category 5 hurricane rating, making it durable for parts of the world which endure frequent natural disasters.

“We were able to give the Haitian people the same exact technology that we use here in the U.S. for our drinking water. To me that’s an honor.” – Jack Barker

Barker got a first-hand look at the impact a Sunspring can have on a community after the 2010 earthquake in Haiti. Haiti’s fuel crisis made it difficult for water treatment plants, which needed power generators, to operate. When Barker arrived, the threat of cholera and dysentery loomed. “They were sending down plane loads of anti-diarrheal medicine and they were taking it with dirty water,” says Barker. “It was just a vicious circle there.”

Within hours of the earthquake, General Electric donated 10 Sunsprings. The Pentair Foundation donated two more. And Innovative Water Technologies donated time and travel to teach the local people how to use the technology.

“When we would show up to install a Sunspring, it was like a festival—hundreds of people waiting to see if it worked,” Barker recalls. Barker demonstrated the purified water’s safety, drinking the first cup as the crowd cheered. “We were able to give the Haitian people the same exact technology that we use here in the U.S. for our drinking water. To me that’s an honor.” 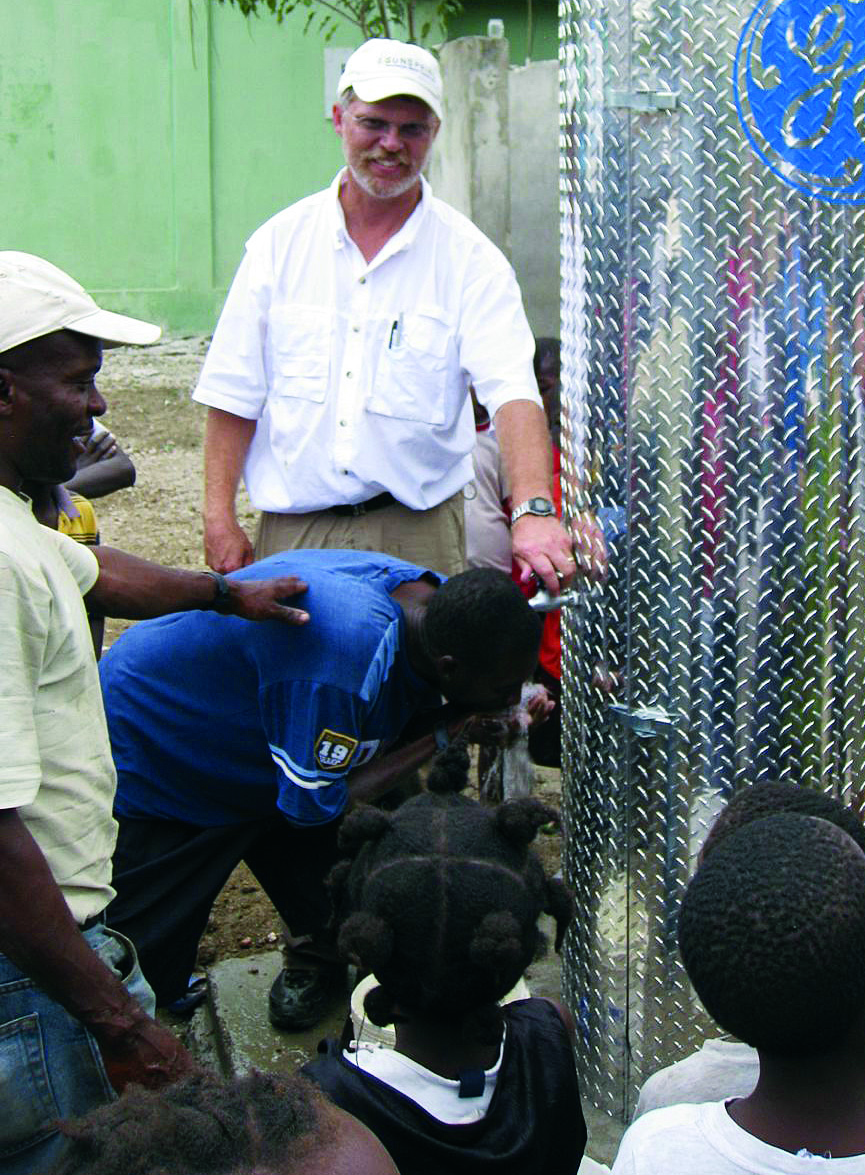 Twelve years ago, University of Colorado civil engineering professor Bernard Amadei met Angel Tzec, a landscaper from Belize, by chance. Their serendipitous friendship sparked a clean water project in San Pablo, Belize, where children were spending their days collecting river water for their families instead of going to school. Amadei, eight students and a volunteer civil engineer worked with the community to install a system to provide clean water, powered by a nearby waterfall. This first project ignited a movement for more, and Engineers Without Borders USA was born. Now the group’s membership includes more than 12,000 student, faculty and professional volunteers who currently work on 350 projects spread through 45 developing countries. More than half involve water.

Projects are set in motion by recipient communities themselves, after they take the initiative to apply. “We make sure they’re looking for a partner, not just someone to take over,” says the organization’s executive director Cathy Leslie. After one of 250 volunteer chapters in the United States adopts the project, they begin fundraising, site visits, stakeholder interviews and an assessment of everything from available materials to potential roadblocks, such as local politics or cultural issues.

Leslie considers the local community’s investment in its own project key to the project’s ultimate success. That investment can range from offering sweat equity to contributing half a chicken per family per year.

One of Engineers Without Borders USA’s success stories came in the wake of a natural disaster. Shortly after Hurricane Mitch hit Central America in 1998, staff visited a water project site in Guatemala. They expected the water system to be in shambles. Mitch was rated a Category 5, the highest level of intensity for a hurricane. Yet, the local community had managed to protect the system from the storm. Leslie surmises that by preserving the system, residents avoided diseases that are often prevalent in the aftermath of natural disasters— such as cholera and dysentery—and untold related deaths.

More than 20 years after working on the Kenya-Ethiopia border, Ned Breslin recalls the encounter that inspired him to focus his career on water and sanitation. He was interning with Lutheran World Relief during college, focusing on rural, nomadic groups of people and water when he witnessed firsthand how women worldwide often spend their days trekking for precious water. “I saw this caravan of women and girls walking across the desert with their camels. We were talking to them and they were polite but kind of wanted to move on. I just sort of thought it was insane that these girls in this caravan that had started in the middle of the night to fetch water would be doing this over and over again, and they really had very little hope,” he explains. 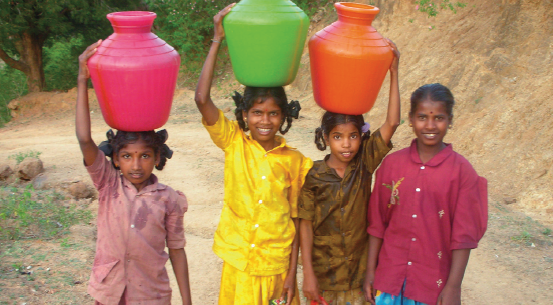 Today, as chief executive of Water For People, which was formed by the American Water Works Association in 1991, Breslin oversees projects in 11 countries. “Our goal is not to be in every country on the planet,” Breslin says. What is important is reaching every home, clinic and school in a particular region—the organization’s “everyone” commitment. In November 2011, Water For People announced that a collection of 14 rural communities in Chinda, Honduras, represent the organization’s first region to reach full coverage. Since 2007, Water For People has worked to help 3,000 residents there overcome challenges ranging from water shortage during the dry season, flooding and hurricanes, and lack of access to latrines. Roughly half the residents had access to water and sanitation when the project started. Now, everyone does.

Water For People aims to help communities become independent and works with locals to set up creative financing for the future. “Finance and putting skin in the game matters,” says Breslin. “If we’re doing sustainable water and sanitation, then that means communities should never call us again.”

The challenges in providing safe water to communities are the same around the world, Breslin says. And, those challenges will only increase. According to the United Nations, by 2025 an estimated 3.4 billion people will be living in water-stressed areas.

“We have more and more people drawing from the same resource with absolute clear evidence in declining quality and quantity, linked with difficulties in finance,” says Breslin. “We’re actually reaching a point in the world where these situations we’ve gotten away with for so long are going to have to be dealt with.”