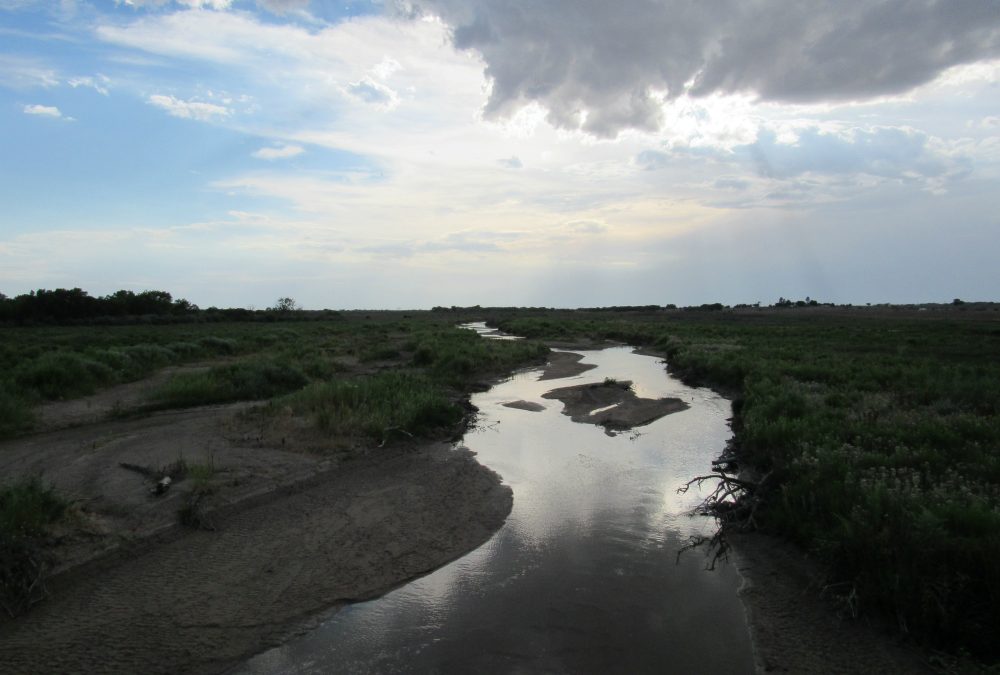 Thousands of people in the Lower Arkansas Valley who’ve struggled to deal with contaminated water for more than 20 years will have access to clean water by 2024 under a new agreement signed by the federal government and two Colorado water agencies last week.

The Arkansas Valley Conduit (AVC), as the clean water delivery project is known, will bring water from Pueblo Reservoir through the city of Pueblo and out to communities on the Eastern Plains, such as Avondale and Boone, by 2024, and other communities, such as La Junta, as soon as 2027.

Water officials said the entire pipeline should be completed by 2035 if not sooner. The project will ultimately serve 50,000 people, officials said.

Under the agreements, signed by the U.S. Bureau of Reclamation, the Pueblo Water Board, and the Southeastern Colorado Water Conservancy District March 18, some $40 million in federal and local funding will be available to launch construction, with subsequent funding for the $600 million project anticipated to come from Congress and local water agencies.

In addition, the agreement allows Reclamation and Southeastern to pipe the water through the city of Pueblo’s water system, rather than building a separate system to move the water out to the Eastern Plains. Officials said this new agreement will shave costs and several years off the project.

“This contract signing marks one of the most significant milestones to date towards making the AVC a reality and bringing clean water to communities that desperately need it. It advances the project over 14 miles east from Pueblo Reservoir which puts us much closer to our first participants in Avondale and Boone,” said Brent Esplin, regional director of the Missouri Basin and Arkansas-Rio Grande-Texas Gulf regions for Reclamation, in a statement.

Naturally occurring selenium and lead, as well as radionuclides, have dogged the region’s water systems since the 1960s. Many of the communities face enforcement actions from the state health department because they don’t have the financial resources to treat the water for drinking and then to treat it again for discharge into the wastewater systems that discharge to the Lower Arkansas River and its tributaries, according to Chris Woodka, senior policy manager with the Southeastern Colorado Water Conservancy District. Southeastern operates the federal Fryingpan-Arkansas Project’s Pueblo Reservoir.

“This project will relieve some of the pressures that they face. They will get better quality drinking water and they will see improvements to their discharged water,” Woodka said.

The idea is to deliver clean water from Pueblo Reservoir directly to the communities via the 34-mile pipeline, reducing and sometimes eliminating the contaminants that the water now picks up when it travels through streams and irrigation ditches.

The conduit has been on planning boards for more than 50 years but it wasn’t until a new federal law was approved in 2009 stipulating that the federal government would pick up 65% of the costs that the plan began to advance, Woodka said.

Since then the region has wrestled with getting federal cash to start work and convincing local water agencies and the communities who need the water to cooperate on design issues and costs, Woodka said.

“People are convinced it will get built,” Woodka said. “Now the questions are about affordability.”

And for small towns, those are big questions.

Tom Seaba is La Junta’s director of utilities. His city has comparatively clean water, with no radionuclides and a selenium issue that it is treating via reverse osmosis.

“It could be the silver bullet that everyone would like to take care of the contaminants that are in the water. The flip side is the cost,” Seaba said.

La Junta charges customer $2.50 per thousand gallons for water now, which includes treatment costs. The new water will cost $2.19 per thousand gallons, untreated, and La Junta will still have to find a way to recoup the cost to disinfect and treat the water.

“Now that we’re getting down to brass tacks, we need to see if the underlying reality will do for us what everyone hopes it will. If we can connect and that takes care of the problems we have, sign us up. But if it doesn’t, we will have to do something else,” Seaba said.