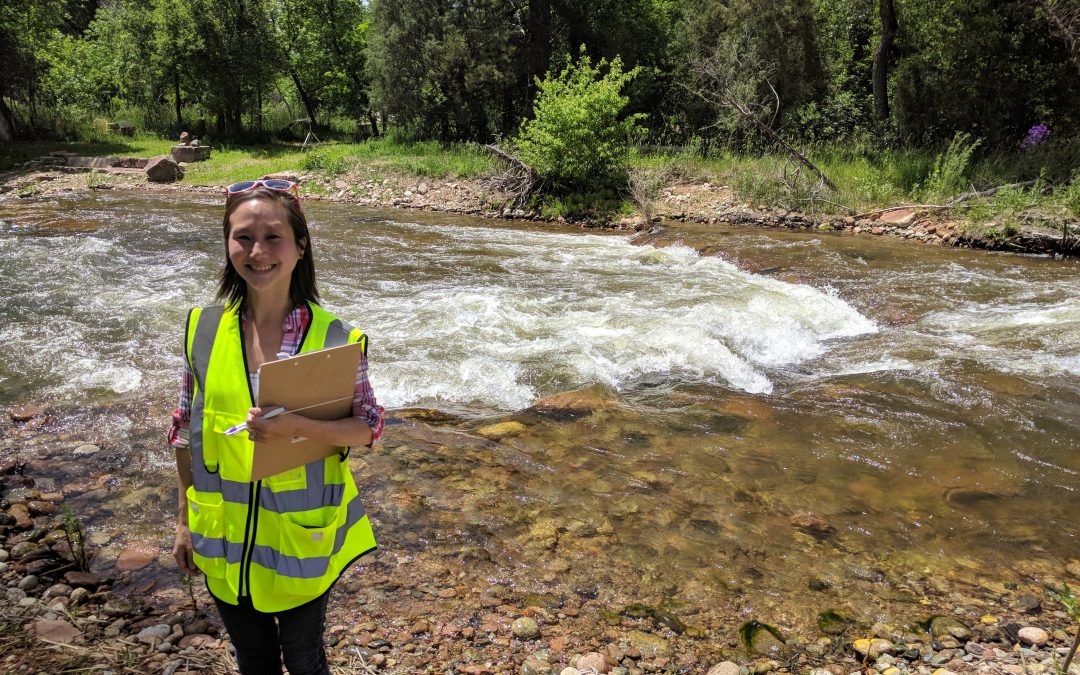 Erika Shioya is the watershed coordinator for the St. Vrain Creek Coalition.

Five years ago torrential rain in northeastern Colorado resulted in historic floods that lead to loss of life, destroyed homes and infrastructure and resulted in the evacuation of the entire towns of Jamestown and Lyons. After the 2013 floods, the state of Colorado determined that it wanted to recover the areas and the rivers in a more resilient manner. That resulted in a number of watershed coalitions, including the St. Vrain Creek Coalition.

“The North St. Vrain was one of the hardest hit areas within the St. Vrain Watershed maybe even the Front Range.”  In this single stretch along Apple Valley Rd. Boulder County purchased 13 of those properties because they were more than 50 percent damaged after the flood.

The St. Vrain Creek Coalition has been working on extensive bank stabilization as part of the flood recovery efforts, using plants and bioengineered structures like tree trunks. They have also been involved in the creation of floodplain benches.

“Sloping out the banks so that there’s the opportunity for water to rise slowly as opposed to cutting underneath the banks which causes erosion.”

Further upstream there are riffle-like structures. Riffles consist of fast, turbulent water running over rocks. They can be naturally occurring or man-made and they are important habitat for fish.

In the creation of these structures, Shioya says it was important that they were passable for fish.

“There may be areas where a drop is too large for a fish to swim upstream and so they’ll find ways to either give them a little notch to swim up or provide little areas where they can navigate their way up more easily.”

Boulder County has spent almost $500 million on flood recovery efforts with another estimated half a million dollars needed for further housing and infrastructure repair projects, as well as for projects that will build resilience in the face of future floods. Shioya says that the stream recovery project is part of building resiliency and is a vital part of flood recovery overall.

“The goal in creating the coalitions and working through flood recovery in this more resilient manner was for a better future and not necessarily rebuilding it for the sake of rebuilding and being able to drive again necessarily, it was rebuilding it in a smarter way hopefully.”

The Apple Valley North and South projects, where this interview took place, were funded by the Colorado Water Conservation Board (CWCB) and Natural Resources Conservation Service (NRCS) Emergency Watershed Protection (EWP) Program, the US Department of Housing and Urban Development through the Colorado Department of Local Affairs, Boulder County, and local landowners. 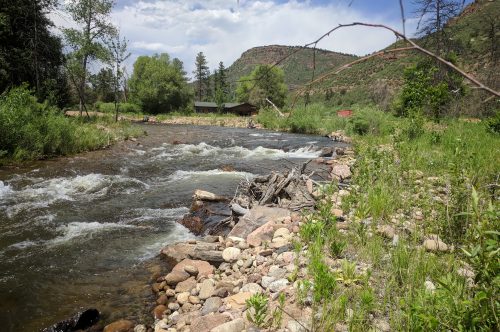 The North St. Vrain was one of the hardest hit areas within the St. Vrain Watershed. In this single stretch along Apple Valley Road, Boulder County purchased 13 of those properties because they were more than 50 percent damaged after the flood.