The Yampa Basin has tasted curtailment, but more administration could be coming 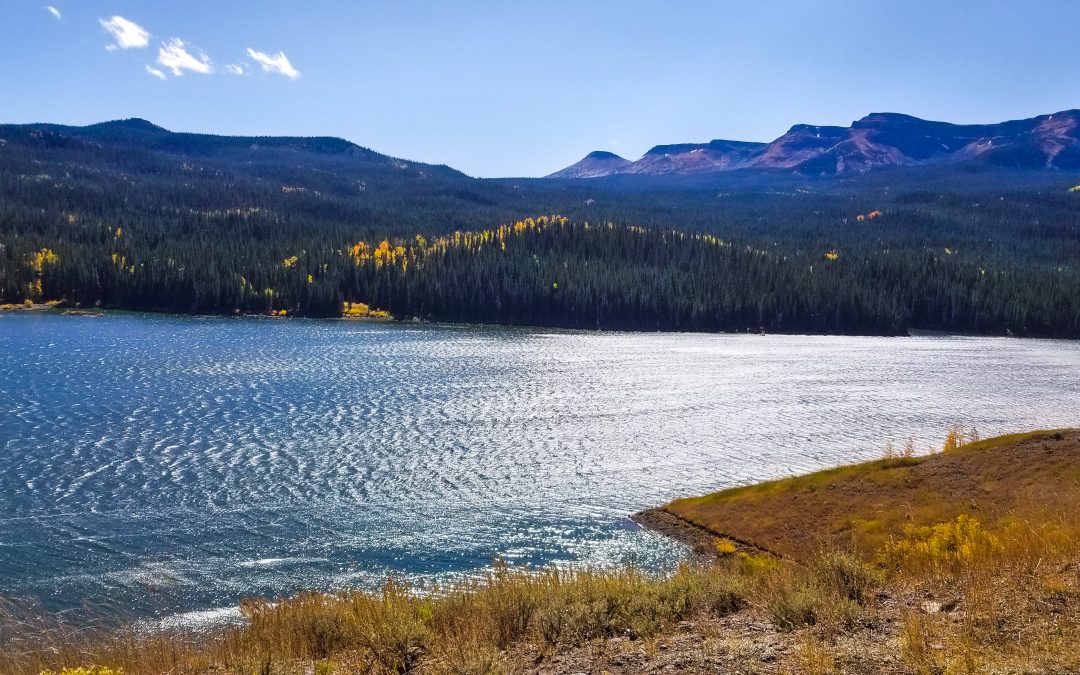 Earlier this year, the seven U.S. states that depend on the Colorado River made history by agreeing to find ways to reduce the amount of water they draw from the river. This is against a backdrop of dwindling water supplies due to climate change and population growth. It is further complicated by the fact that in 1922, the compact that divided the river between the seven states, grossly overestimated how much water was actually in the river.

Water managers now have until 2026 to come up with a new set of guidelines to manage the River. Those guidelines will include voluntary cutbacks of water use, however, mandatory cutbacks could eventually become a reality. A taste of what could come was visible on one of the Colorado River’s tributaries, the Yampa River, which experienced its first curtailment in September 2018. For Connecting the Drops, Alejandra Wilcox has more.

It’s been called one of the only remaining free-flowing rivers in Colorado. The last frontier. The “wild West.” Water with few dams or reservoirs … and even fewer regulations. The snowpack-fueled Yampa River is a rare glimpse a century back in time. The river’s basin, which includes the town of Steamboat Springs, is very different than the rest of the state.

Scott Hummer is a water commissioner who patrols District 58 on the Yampa River. He’s responsible for making sure people are getting their fair share of water. If the Yampa is the “wild West of water,” Hummer is one of its defacto sheriffs.

Fort Collins now has a population of nearly 168,000 people. As of 2018, over 5.5 million people live in Colorado. And that number continues to grow. The bulk of the population growth will happen along Colorado’s Front Range and it is relying on water coming from the Western Slope.

While the Yampa itself does not have water diverted to the Front Range, it is seeing decreasing water due to a changing climate, and as a result, more restrictions, says Anne Castle, a former water attorney who served as assistant secretary for water and science in the U.S. Department of the Interior from 2009 to 2014. Castle is now a senior fellow at the University of Colorado-Boulder’s Getches-Wilkinson Center.

“People haven’t needed to know much about the sources of water, how much it costs to get that water to their tap and the implications of climate change impacts on water and how that’s going to play out in their lives.”

But now people across the Colorado River Basin need to pay attention to their water use. If a call is made on the compact and more water needs to be sent to lower basin states to fulfill legal obligations, it could potentially impact water users on the Yampa says Castle.

“There’s been some work done by scientists commissioned by the Colorado River District and the Southwestern Water Conservation District that’s looking at the risk of a compact call. And their recent work has also looked at the priority of water rates that would have to be called.

In order to do that, you might have to curtail all water rates junior to, say, 1950. Well, there’s a lot of water rights in the Yampa system that are junior to 1950. And so they would all be at risk.

The Yampa got a taste of what could be to come in September of 2018. Nearly two decades of drought and an especially hot, dry summer left the river at historically low levels.

The river was put under administration for the first time ever — or, as it’s colloquially known, “on call.” Water commissioners like Hummer began shutting off junior water users’ ditches.

“When you talk about this being the last frontier, there’s just some people up here that like to fight. They like the challenge of pushing the envelope.

“Will the division engineer really put the river on call? Will the water commissioner really show up on a Sunday afternoon at 5:30 to see what I’m doing?” Well, the answer to those two questions may not have been yes in the past, but sure as heck is now.”

Many water users in Yampa live on land their families have owned for generations. In fact, Marsha Daughenbaugh still lives in the house she was born in. Daughenbaugh’s father first purchased the Rocking Bar C Ranch in 1946. Daughenbaugh and her husband took over, and now their daughter and son-in-law run things.

The Rocking Bar C Ranch has been in the Daughenbaugh family since 1946.

“That independence of the West, perhaps. We don’t like anybody telling us what to do. And a lot of those days are gone. We can’t run cattle all across everything like was done in the early 1900s. I think some of the resistance with the water issues is that fear that we’re just giving up one more thing, that our independence is just becoming smaller and smaller as the systems dictate a different use or as we’re being encroached by more and more people.”

“There were areas that … I don’t wanna say people were caught by surprise; it’s just that they live their lives every day thinking we would never go on a call. And they had been told time and time and time again, you have to install a measuring device, you have to install a measuring device. And the water commissioner kept getting a cold shoulder. Like, “We’re never going to be administered! Gimme a break. We’re not going to spend that money and go do this. And so I think they were very unhappy when the system did go on call and they were shut off and they were shut off because they had no measuring device.”

Water users in the Yampa were given until November 30th to install a headgate. After that date, they either have to get one installed or stop using their water entirely.

And if people continue to use water without a headgate? The state will fine them $500 dollars per day.

Nobody knows for certain what demand management or a compact call would truly mean for Colorado, or the Yampa. But for water users and those tasked with managing water use, like Scott Hummer, that change can be deeply personal.

“I can remember as a younger water commissioner in the wintertime, I’d take a week’s vacation. Where did I go? I’d go to Lake Powell to see how full it was. You know, I go to Moab to see how much water was in the river and stuff like that, or go see some dam I’d heard about that I’ve never seen before. I don’t do that anymore.”

Read more about demand management and the Drought Contingency Plan in the fall 2019 issue of Headwaters magazine.