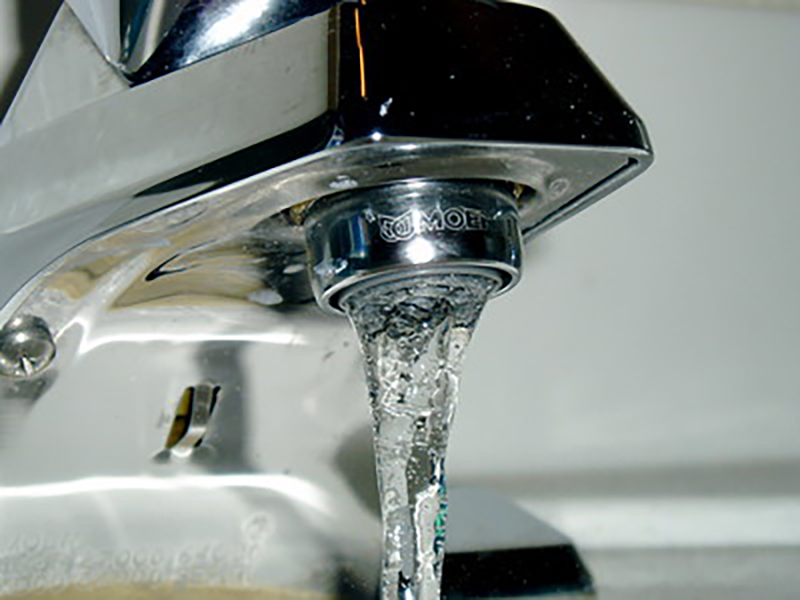 Most of us know how to check our cell phones to monitor our mobile data use, but now, thanks to high-tech monitoring capabilities in the water world, you can also use your phone to check your water use on a nearly real-time basis.

Just in time for the New Year, Fresh Water News took a look at three promising technologies that are already being used in Colorado and elsewhere.

Back to those cell phones. If you live in Pagosa Springs or Firestone, or more than a half dozen communities across Colorado with automated metering systems for residential water delivery, you can sign up for a service called Aquahawk, which allows you to check your water use almost constantly.

Water utility managers say the devices are powerful tools for helping homeowners understand how those 20-minute showers, aging lawn watering systems, and even the arrival of holiday guests affect their water bills.

“It saves a lot of water,” said Justin Ramsey, manager of the Pagosa Area Water and Sanitation District. “I can go online and say I only want to use 2,000 gallons per month, and [the system] will tell me when I hit that number. It works great.”

Pagosa Springs’ system updates water use about every 15 minutes, making long-running leaks a thing of the past. Once the data is gathered, Aquahawk collects it and sends it back out to customers.

“In the old days, before automatic metering, you had guys running around checking your water meter. Now our systems are checking things all the time,” said Ramsey.

Water volume isn’t the only thing the mobile data world is tracking. Water quality testing can now be done with simple devices that use an app to convey data wherever you want it.

Lead-tainted water continues to be a major public health concern in the metro Denver area and around the country, but entrepreneurs are helping homeowners know much faster than before if there is lead in their water and if concentrations exceed regulatory safety limits. Normally such tests could take weeks to complete.

In the lab at Denver Water, Gitanjali Rao, a high school chemistry whiz, has been developing an instant lead test based on a carbon nanotube technology altered to detect the dangerous metal.

Rao said she began thinking about the problem four years ago, when Flint, Michigan saw lead levels in its water supply soar. “A lot of people were talking about it, but no one was doing anything about it.”

Getting the chemistry right has been painstaking and Rao is now partnering with a commercial partner, Denver-based Pace Analytics to help her prepare the device for sale.

“We’re starting to look at the commercial viability, which I really don’t want to do but I have to do it,” she said. “I would rather just work in the lab.”

Another Denver company also has a quick, home-based lead test that is being developed for the residential market. Called Spout, the device uses a special cartridge that analyzes water samples, displaying the results via a cell phone app. Spout CEO Ari Kaufman could not be reached for comment, but in a video presentation he said the goal was to prevent people around the globe from worrying about the safety of their drinking water.

Still another rising technology is in-home water recycling, using waste water from showers and sinks to flush toilets. Colorado enacted recycled water regulations designed to enable gray water systems in 2015, but few communities have opted to use them because they are only economical in new construction.

This year, Barrie, Ontario-based Greyter Water Systems Inc. is partnering with Lenmar Homes in Denver on a pilot program to build 40 residences that use its new gray water system, according to John Bell, vice president of business development for the company’s residential division.

The systems, which look like a furnace, are designed for newly built homes. They capture water from showers and sinks, filter it to remove hair and other solids, then filter it again before directing it to your toilet tank.

Bell said his company is targeting the new home market because the devices cost $3,950 each and make the most sense financially in cities that offer builders incentives to construct water-efficient homes.

Bell said the Denver pilot is the second in the U.S. and the largest to date. An initial pilot is underway in Arizona. Bell said he hopes hundreds of new homes will be built using in-home recycling systems.