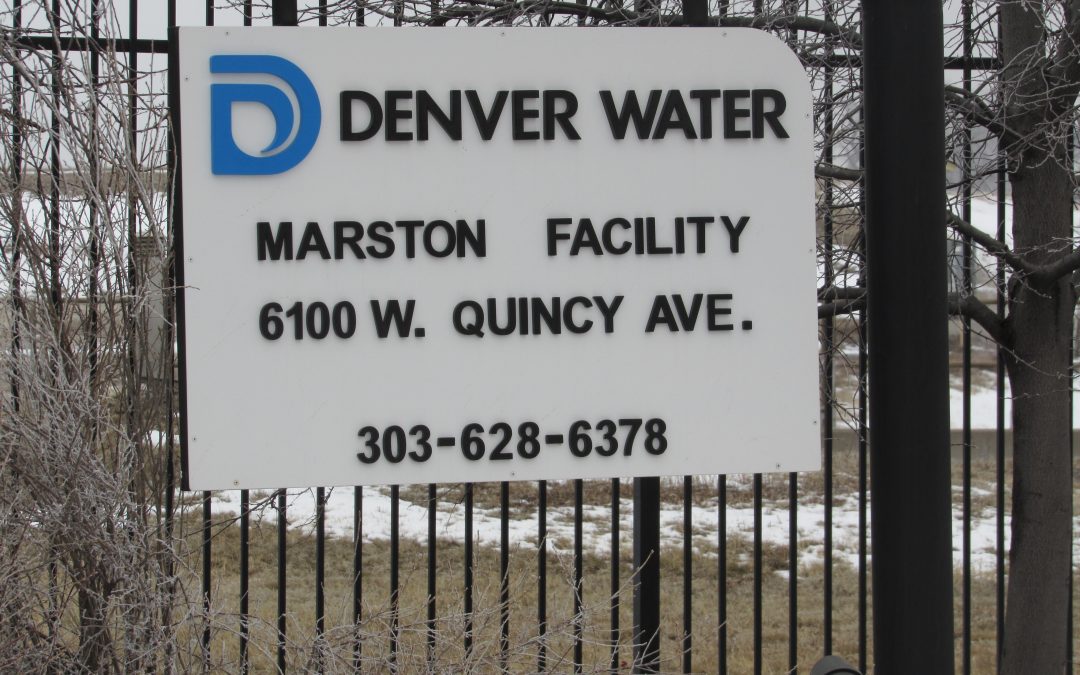 Denver Water is spending $1.2 million to upgrade its Marston water treatment facility, and others, so that they can implement new treatment protocols to reduce lead that enters delivered water through lead service lines and in-home fixtures.

State health officials and Colorado’s largest water utilities have agreed for a second time to hit pause on a major lawsuit over how to keep lead out of Denver’s drinking water, citing progress in talks that began last fall.

“The main point is that everyone has rolled up their sleeves and is working hard to come up with the best solution that we can that minimizes the lead that folks will be ingesting in their tap water,” said Ron Falco, safe drinking water program manager at the Colorado Department of Public Health and Environment.

Last April, the City of Aurora, the Metro Wastewater Reclamation District, and the Denver Greenway Foundation sued the Colorado Department of Public Health and Environment to block an order it issued directing Denver Water to install a phosphate-based treatment system to reduce corrosion in old lead pipes. That corrosion can put lead into drinking water in homes and businesses served by lead supply lines and in-house fixtures. Denver Water joined the suit weeks later.

Avoiding lead contamination in drinking water is of paramount importance for water providers and state health officials, as no level is considered safe to ingest. But heightened levels of phosphates in wastewater and irrigation runoff create issues for reservoirs, lakes and streams. This prompted Metro Wastewater and other entities who must treat the phosphate-heavy water to sue, citing damage to the environment and dramatically higher treatment costs.

Denver Water had proposed an alternative, after several years of pilot studies, to use chemicals that would adjust the PH levels of its drinking water, something which the CDPHE determined did not reduce lead corrosion enough to meet the federal standards it is required to uphold.

Among the plaintiffs’ concerns is that phosphate levels in water that is discharged to the South Platte River have to be tightly controlled under provisions of the Clean Water Act. If phosphate levels in treated drinking water rise, wastewater treatment protocols would have to be changed to correct the problem, potentially costing millions of dollars, if not more, according to a report by the Denver-based, nonpartisan Water Research Foundation.

From an environmental perspective, any increased phosphate in the South Platte River makes fighting such things as algae blooms, which are fueled by nutrients including phosphorous, much more difficult and could make the river less habitable for fish.

Denver Water, and other plaintiffs, declined to comment, citing the ongoing litigation. But in a statement, Denver Water Chief Executive Officer Jim Lochhead said, “We are committed to taking the right steps to reduce the risk of lead leaching into water through customers’ plumbing…As we are fully committed to protecting public health, we are also looking for opportunities to minimize downstream impacts from the use of orthophosphate.”

After filing the suit, last summer the parties agreed to engage in talks, placing the lawsuit on hold, giving themselves until last November to agree on a set of treatment protocols.

When that deadline passed, the utilities and the CDPHE requested more time to work, citing progress in the talks. In January, a Denver District Court judge agreed to give everyone until September 20, 2019 to find an acceptable solution. 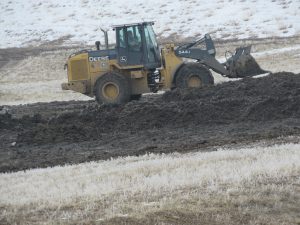 A bulldozer moves dirt Wednesday at Denver Water’s Marston treatment facility. It is one of several treatment plants that are being upgraded to install new lead treatment processes. Credit: Jerd Smith

Denver is not in violation of the federal law that governs lead in drinking water, but it has been required to monitor and test its system regularly since 2012 after lead was discovered in a small sample of water at some of its customers’ taps.

Lead has continued to appear at taps in some customers’ homes, according to court filings.

Treating lead and copper in water systems is a complex undertaking governed by the federal Lead and Copper Rule. There is no lead in the water supply when it leaves Denver Water’s treatment plants. But it can leach into the supply via corrosion as water passes through lead delivery lines and pipes in older homes. Denver has 58,000 lead service lines in its system and is gradually replacing them. It also advises customers whose homes are serviced by lead lines to use filters to remove any potential contamination.

It is the ongoing concerns about lead that have prompted the state to push for the phosphate treatment, because it reduces lead that reaches customers by 74 percent, compared to less than 50 percent using a PH-based process, according to court filings.

Despite the environmental concerns, the CDPHE maintains that its first job is to protect the health of the thousands of children served by Denver Water in the metro area. Children are most vulnerable to lead contamination.

Falco said he is optimistic that a solution can be found. New pilot studies underway indicate that Denver Water may be able to use roughly one-third the amount of phosphates originally thought were needed and still achieve the same level of lead reduction, CDPHE officials said.

“We have a very engaged group of stakeholders working hard to develop the best solution. This this is going to come to a resolution, certainly by March of 2020. We are going to get there,” Falco said.