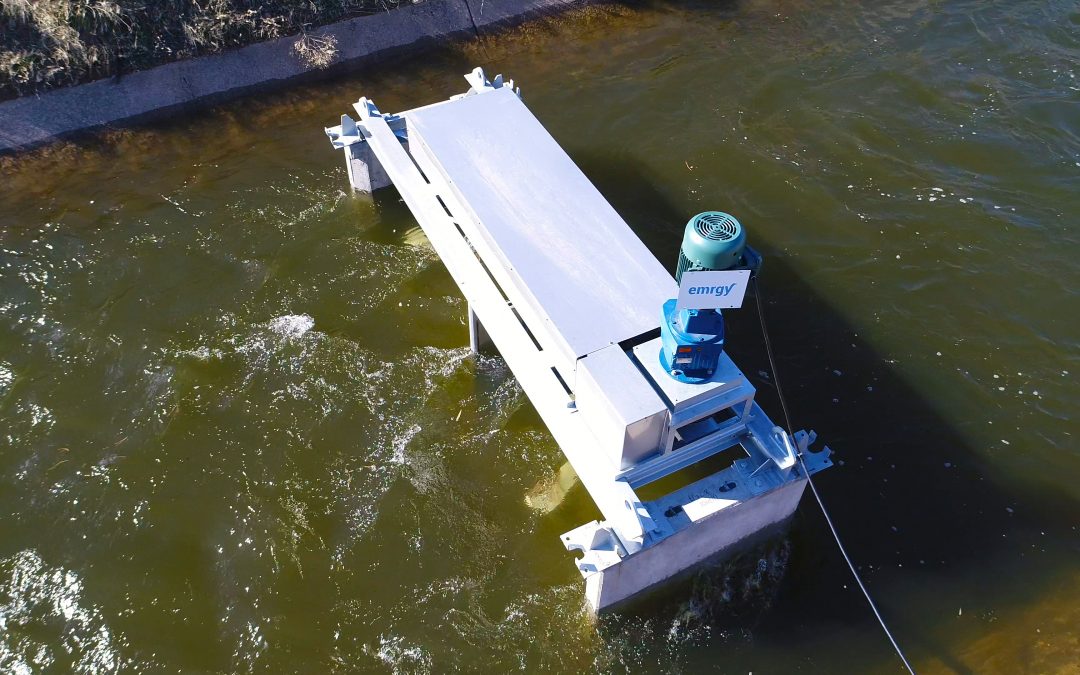 During the summer of 2017, Denver Water partnered with micro-hydro energy company Emrgy to place 10 small hydropower turbines along a shallow section of canal that extends from Gross Dam to Ralston Reservoir. Courtesy Emrgy

In summer 2016, we reported on the unveiling of Emrgy’s micro-hydro technology. Now Denver Water is piloting these cutting-edge turbines with the hope of generating energy throughout its system.

In summer 2017, Denver Water partnered with Emrgy, an Atlanta, Georgia-based micro-hydro company for a pilot project to test the potential of shallow, slow-moving canals to generate sustainable electricity. The Emrgy turbine runners are low-speed, with gearing and drive systems that use magnets instead of lubricants and oils that can potentially harm the environment.

For the pilot, ten 10-kilowatt hydropower generators were installed in the South Boulder Canal in a 9-mile-long section that extends from Gross Dam to Ralston Reservoir. The project, which cost about $330,000 or $33,000 per turbine, has the potential to generate 800 megawatt hours a year—enough to power about 70 U.S. homes on average. 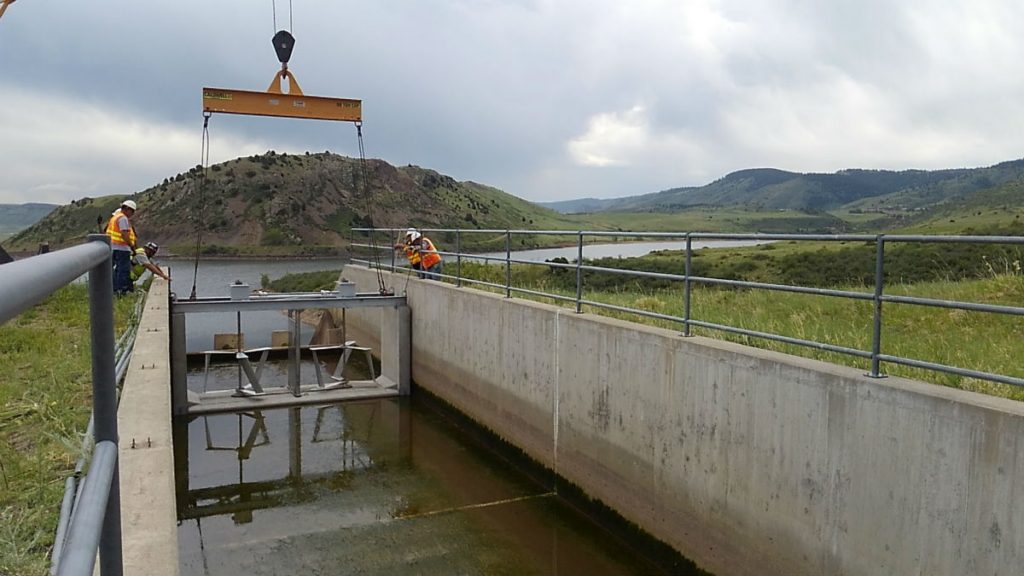 Although the units are rated at 10 kilowatts, their actual output depends on water flow rates in the canal, which fluctuate over time. During the second half of 2017, Denver Water began evaluating the units and collecting data on flow rates; the agency plans to continue testing in 2018. Denver Water is working with students from the Colorado School of Mines to research the best way to use the energy created by the turbines. Once research is complete, the turbines could deliver power to Ralston Reservoir or to the electrical grid through a local provider. The power generated from the turbines during the study phase is not currently being used.

The full potential of this pilot project is much greater: Denver Water has more than 75 miles of canals in its system that could be harnessed to generate electricity. “Denver Water is installing these units with the hope of using this type of technology throughout our water collection, treatment, and distribution system in the future,” says Ian Oliver, Denver Water source of supply manager. “The study is about learning where to best utilize these units.”