As the Fountain Valley emerges from a water crisis, the big question is what comes next? 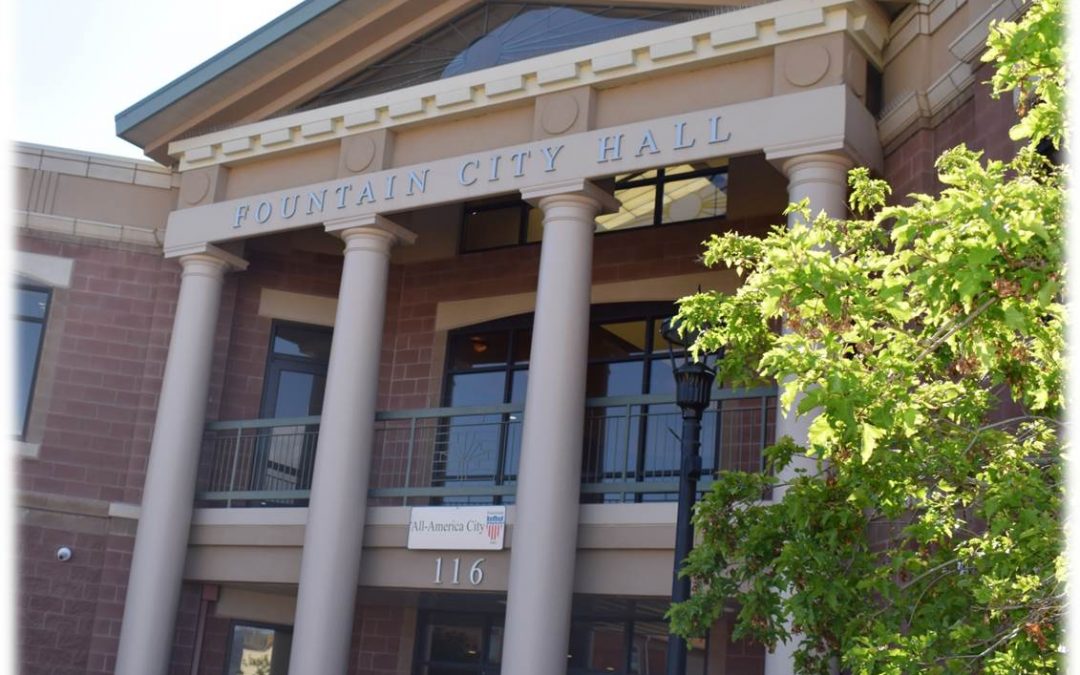 In early 2016 Mike Fink, who oversees the City of Fountain’s water utility, woke up one day feeling as if he was at the bottom of a very deep hole that had no clear exit route.

Water wells that had been serving the community for years contained a set of unregulated, man-made chemical compounds that recent news reports had begun linking to cancer and other illnesses.

The chemicals, known broadly as PFCs, or perfluorinated compounds, cover a class of thousands of chemicals used in everything from Teflon to fire-fighting foam to stain-resistant carpets.

Fink and other water utility officials in the Fountain Valley south of Colorado Springs were accustomed to treating for compounds governed by what’s known as “Maximum Contaminant Levels,” but the PFCs were unregulated, and the utilities weren’t equipped to treat them. Technically they weren’t even required to.

But 70,000 residents were served by the various districts’ groundwater. They had to do something.

“We’re used to having a playbook, a set of rules that tell us what to do when a known contaminant is discovered and has to be removed,” Fink said. “But we had no playbook.”

Fink quickly began meeting with other water utilities in the area, including Security and Widefield, as well as county and state health officials. Up until that point, the EPA had a provisional rule, or guideline, that said two of the PFC contaminants should be kept to a level of 200 parts per trillion or 400 parts per trillion, depending on the compound.

In May 2016, that provisional rule changed dramatically and the EPA set a health advisory level limiting them to no more than 70 ppt. 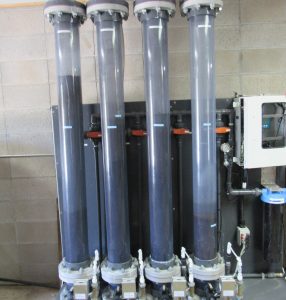 Fountain, until then, had only used its wells to help offset the surge in water use from summer lawn watering. But officials decided immediately the wells would be taken out of the mix of the district’s water supplies. Along with other communities in the region they began scrambling to find surface water supplies to use until they could outline the scope of the crisis and install new treatment systems.

Two years later, Fountain and its neighbors are through the worst of the turmoil.

Fountain restarted its wells for the first time this summer, using a treatment system that has reduced the PFC contaminants to levels so low they cannot be detected. The U.S. Air Force, which identified its use of fire-fighting foam at Peterson Air Force Base as the source of the groundwater contamination, has helped pay for new treatment systems and some of the cost of the replacement water.

But while the immediate crisis in the Fountain Valley is over, questions remain.

“My hat’s off to everyone at the table,” said Chris Higgins, an associate professor at the Colorado School of Mines who has been researching PFCs for nearly 20 years.

“But there are big challenges ahead. There are hundreds of other communities that are going to be facing the same problem. These compounds are very likely one of the greatest environmental drinking water contaminant challenges of our time.”

Some states, such as New Jersey and Minnesota, have already implemented their own standards for PFCs, but the EPA has yet to do so, in part because the contamination is appearing at extremely low levels in water supplies. On Sept. 18 the EPA announced it would have a management plan for PFCs in place by the end of the year.

“The fact that there has not been clear guidance at the federal level for this suite of compounds has created a lot of problems,” Higgins said. “Communities wonder why their water is being treated differently than water in a different state.”

Liz Rosenbaum co-founded the Fountain Valley Clean Water Coalition in response to the events of 2016, and is now running as a democrat for State House District 21. She’s lived in the area for 16 years and, after losing a race for the El Paso County Commission in 2015, opted to head for the state house to try to improve the regulations surrounding the chemicals.

Rosenbaum said she was pleased with the response from the water districts. “They didn’t have to do anything,” she said.

“But where we’re failing is in the surrounding smaller communities whose water isn’t even being tested yet,” she said.

Rosenbaum, who has spent countless hours meeting with health officials, scientists and regulators, believes the EPA’s 70 ppt health advisory level is much too high to be safe. Some research has suggested that the regulatory limit should be no higher than 10 ppt. She believes a level of 2.5 is the safest, most feasible level to test and treat for.

She and others point to the potential dangers of this class of chemicals, which migrate easily in groundwater and which accumulate in fish, soils and the human body.

Water utilities and others are aware of the dangers. Three years ago the South Adams County Water and Sanitation District ran the same analysis everyone else did and did not detect any PFCs. But after watching the crisis unfold in the Fountain Valley, it opted earlier this year to run another round of tests, and the chemicals showed up at low levels.

The district, which serves 50,000, immediately shut off some wells and began buying supplies from Denver Water. Now it is examining ways to improve its treatment system, based in part on what has occurred in the Fountain Valley.

“We absolutely want to make sure we treat our supplies to safe drinking water standards,” said Jim Jones, general manager for the South Adams County district.

“You just have to be aware of emerging contaminants, to be proactive and to get out ahead of them as quickly as we possibly can,” Jones said.

Back in the Fountain Valley, water district officials such as Roy Heald, general manager of the Security Water and Sanitation District, said the district has come through the crisis reasonably well.

“It’s been tough on our community. We spent $6 million out of our reserves that was intended to replace our system as it gets older, but overall I’m feeling pretty good about things. Three years ago I couldn’t even spell PFCs.”

Still he said he’s not sure that stricter regulations are going to help small water districts, which may not have the resources that the Fountain Valley districts were able to muster to address the problem.

“We had a bank account,” Heald said. “Other districts aren’t always that fortunate.”

For his part, Mike Fink is looking forward to constructing a larger treatment plant this fall using the new granular activated carbon system designed and tested during the crisis. The U.S. Air Force and U.S. Army Corps of Engineers are helping cover the $4 million-plus price tag.

In coming months, Fountain will conduct another round of required EPA testing, known as the Fourth Unregulated Contaminant Monitoring Report, and, based on the results, the EPA may identify new compounds to treat. Fink believes the new plant will allow Fountain to face whatever new regulations come down and to treat whatever new chemicals are discovered.

“We don’t want to have to go through this circus again,” he said. “As a public water system, when the public asks if their water is safe to drink, the answer always has to be yes.”