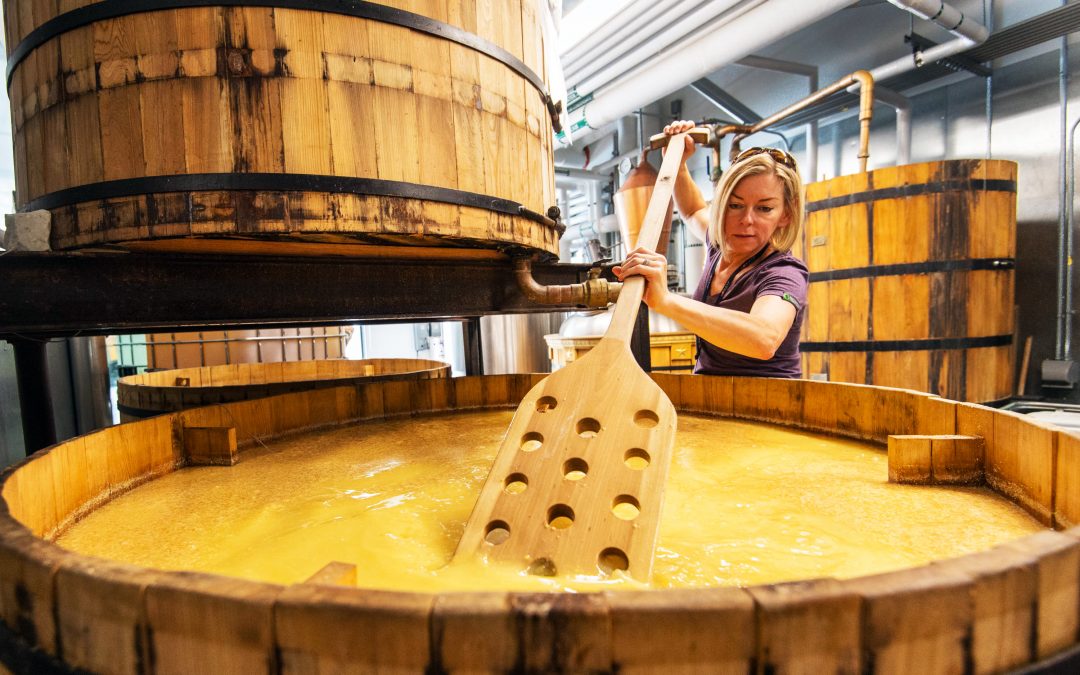 Beginning in 1970, Americans and later citizens across the globe have celebrated Earth Day on April 22. It’s a day dedicated annually to civic action, volunteerism and other activities to support and promote environmental protection and green living.

This year, Fresh Water News is using Earth Day as an opportunity to highlight a handful of Colorado projects and businesses that are moving the needle on water conservation and sustainability. Here are their stories.

Booze that doesn’t “destroy the planet”

In 2010, Connie Baker attended distilling school somewhat on a whim — she’d always loved vodka and thought learning more about how it’s made would be a fun week-long vacation.

In the end, though, Baker fell in love with distilling and, along with her husband, Carey Shanks, began planning to open a new distillery not far from their home in Carbondale, Colo.

But after touring distilleries around the country for inspiration, they began to fully understand just how resource-intensive — and wasteful — distilling as an industry often was. Traditional distilleries send tens of thousands of gallons of clean water down the drain during the production process — water that could easily be reused, if only they had the right setup.

“I love vodka, but I don’t want to destroy the plant to make it,” said Baker.

Instead of accepting the status quo, Baker and Shanks decided to design and build their own sustainable distillery from the ground up. Their crown jewel? A custom water energy thermal system, WETS for short, that recaptures 100 percent of the water and energy used during the distillation process.

They officially opened Marble Distilling in 2015. Ever since, their WETS system has saved more than four million gallons of water and 1.8 billion BTUs of energy per year. The recaptured energy is enough to heat and cool the distillery, which includes a five-room boutique hotel on the second floor, and to power much of the distilling process. 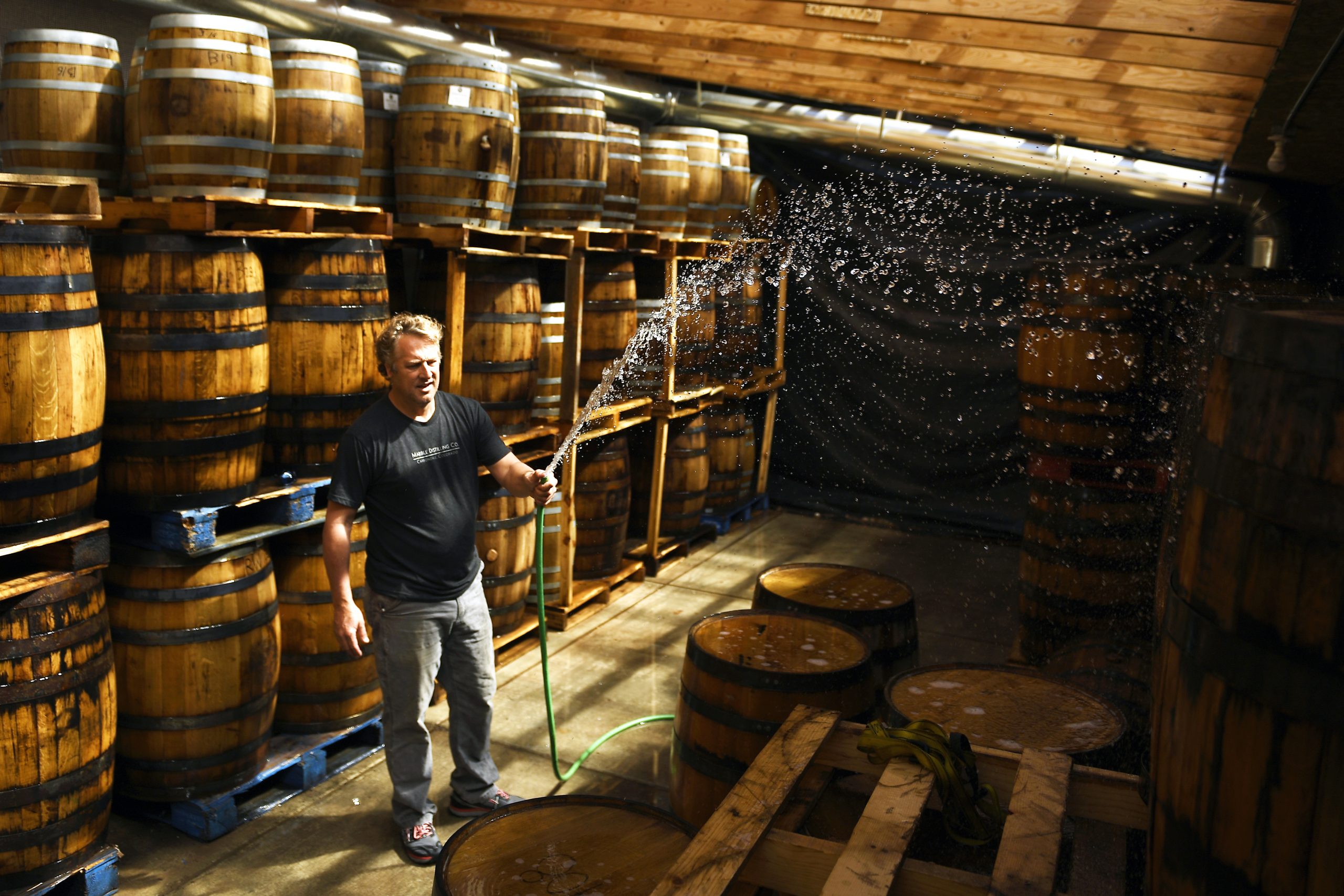 “The only water we’re using for the spirit is what’s in the bottle,” Baker said.

Baker and Shanks also freely share information about their WETS system and other sustainable elements with anyone and everyone who’s curious, including and especially other distilleries.

“We don’t want to own this information,” Baker said. “We want to be leaders in the industry for change. We have proven over the course of six years that it absolutely can be done. It makes sense not only from a sustainability standpoint but from an economic standpoint. There’s no reason not to do it. It’s not any harder, so why wouldn’t you do it?”

The infrastructure atop the iconic 14,115-foot Pikes Peak is getting a refresh — and one that’s particularly friendly to water.

Construction crews are finishing up work on the new Pikes Peak Summit Complex, which includes a visitor center, a high-altitude research laboratory, and a municipal utility facility.

Visitors to the summit number upwards of 750,000 annually, and the previous facilities that welcomed them at the top were deteriorating. Replacing them created an opportunity to do things differently. The 38,000-square-foot complex, which is set to open around Memorial Day, aims to be net-zero for energy, waste and water consumption; it also hopes to become the first Living Building Challenge-certified project in Colorado, a rigorous green building standard created by the International Living Future Institute.

The project, which is expected to cost $60 million to $65 million when complete, incorporates a number of water-saving and conservation features, including a pioneering on-site wastewater treatment plant, a vacuum toilet system, low-flow fixtures, and a rainwater harvest system for potential future use.

Even with increased visitor numbers, the new complex is expected to use 40 to 50 percent less water than the 1960s-era Summit House it will replace. That water has to be hauled up the mountain, a 40-mile round trip.

Construction crews work to build the new Pikes Peak Summit Complex atop Pikes Peak. The new complex features an array of sustainable design elements and aims to be net-zero for energy, water and waste. Photo courtesy of City of Colorado Springs.

In 2018, crews hauled 600,000 gallons of fresh water to the summit, according to Jack Glavan, manager of Pikes Peak – America’s Mountain, a self-supporting enterprise of the City of Colorado Springs. (Colorado Springs operates the Pikes Peak Recreation Corridor, which includes the Pikes Peak Highway and related facilities, through a special use permit granted by the U.S. Forest Service, which owns the land.) The new facility should cut that down to between 300,000 and 350,000 gallons a year, Glavan said.

Similarly, the water-savvy upgrades will allow the facility to halve the amount of wastewater it hauls down to the Las Vegas Street Wastewater Treatment Plant, which requires an 80-mile round trip.

On top of the water efficiencies, the upgrades will also reduce vehicle trips and associated emissions. Freshwater trips are expected to drop from 127 to 72 per year, and wastewater trips from 174 to 69.

The building also aims to be one of the first in Colorado to reuse water that’s been treated on-site. But for final approval from the state, complex managers must first prove that the wastewater system works, a process that will likely involve about a year of sampling, Glavan said. Assuming all goes according to plan, the facility will use reclaimed water for toilets and urinals.

All told, the facility’s leaders hope that these and many other sustainable design features — undertaken as part of the highest-altitude construction project in the United States, on top of the mountain that inspired the lyrics of “America the Beautiful” — encourage others to reduce their impact on the environment in whatever way possible. 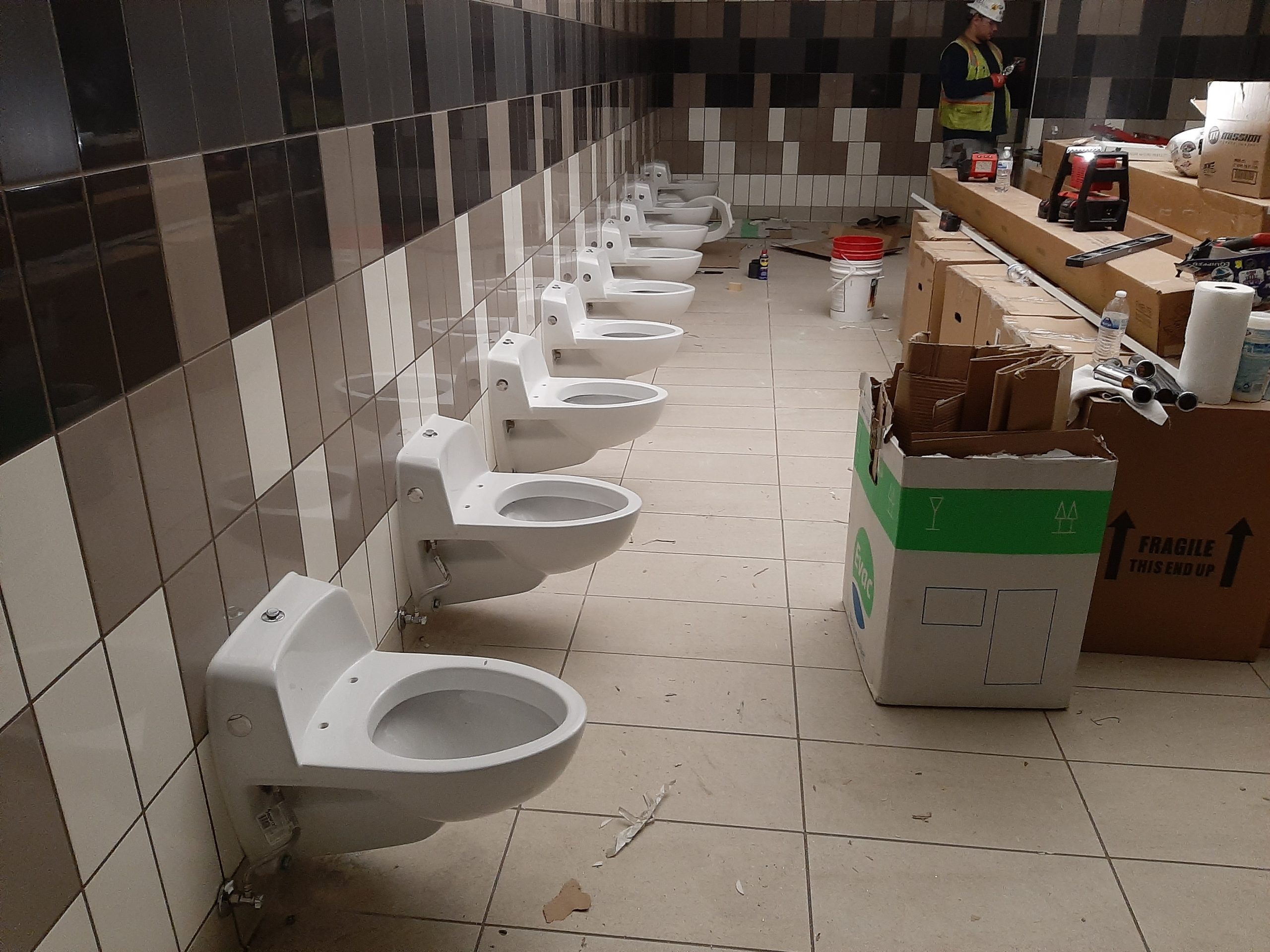 “We’re proud to be doing it,” Glavan said. “It does cost a little bit more incrementally but we are America’s mountain and we’re hoping we’re setting an example for everyone. If we can do it up here at 14,000 feet, people should be able to do it at lower altitudes.”

While working as a hotel engineer at the ART Hotel in Denver several years ago, Mac Marsh noticed that whenever he responded to a maintenance request in the kitchen, the faucet was almost always running. But why?

After some investigating, he found out that running cold water over frozen food was the industry standard when it wasn’t possible to defrost it in the refrigerator. These food-safety defrosting guidelines, set by the U.S. Department of Agriculture’s Food Safety and Inspection Service and followed by local health officials, are intended to keep restaurants’ guests safe and healthy, since keeping food cool as it defrosts helps prevent the growth of harmful bacteria and pathogens.

But it takes one hour to defrost one pound of meat under cold water, which equates to about 150 gallons of water per pound. When he began to think about all the restaurants and all the food they defrosted on a daily basis, Marsh realized he had to act.

He invented a novel solution to the problem: a device that can recirculate cold water in a sink or basin. His Boss Defrost device, which plugs into a power outlet, is also equipped with a thermometer, which helps users ensure the water stays below the recommended 71 degrees Fahrenheit. The Denver company began manufacturing the devices, now used in more than 25 states, in January 2020.

The company’s leaders say Boss Defrost can reduce a restaurant’s defrosting water use to about 450 gallons per month on average, a sharp decline from the approximately 32,000 gallons that an average commercial kitchen uses to defrost food each month.

“This water waste is food service’s skeleton in the closet,” said Diana López Starkus, who’s a partner in the business along with her husband, Chris Starkus, an award-winning Denver chef and farmer. “It happens all along the food chain, from fast food to fine dining, K-12 schools, college campuses, hospitals, hospice and state and federal buildings.”

Though the pandemic — and ensuing restaurant shutdowns and capacity limits — slowed down the company’s growth, it also gave them an opportunity to expand into grocery meat and seafood departments.

Sales picked up again when restaurants began to reopen, since their owners were looking for every possible way to save money as they recovered from the pandemic. Starkus said the device generally pays for itself in water bill savings in one to three months.

“We like to say it’s a win-win-win,” Starkus said. “Good for the earth, good for your wallet and the easiest sustainability measure to initiate in 2021. “We’re passionate about empowering ourselves and others to create positive change toward a better future. That’s why we call it Boss Defrost, because every prep cook in the nation can become an environmental boss, someone that’s working optimally, respecting the resources at their fingertips and staying financially sound.”