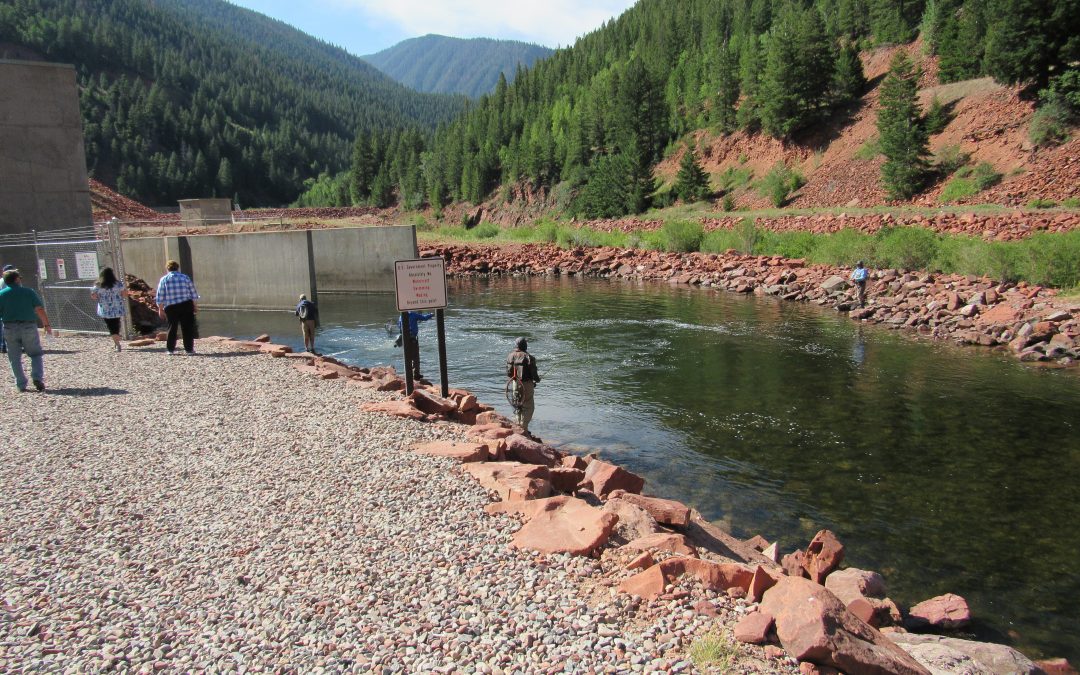 With Colorado’s snowpack at historically high levels and several towns turning their attention from avalanches to potential flooding, most people in the state probably aren’t thinking about preparing for drought years. But state lawmakers, farmers and environmentalists are.

Together, they are working over the summer on potential expansions to a program that allocates water specifically to benefit streams and aquatic habitat in dry times.

The measure failed at the State Capitol this year, but HB19-1218, Loaned Water for Instream Flows to Improve Environment, will be taken up again this summer by the legislature’s Interim Water Resources Review Committee.

The first effort was championed by conservationists like The Nature Conservancy and opposed by some farmers, who worry it could harm water rights reserved for agriculture.

“Our businesses are totally based on the value of those water rights,” said Carlyle Currier, vice president of the Colorado Farm Bureau and a rancher in Molina, Colo. “We’re very concerned that changes would allow that right to be injured.”

The Instream Flow (ISF) Program uses water rights within that same priority system to reserve water for environmental purposes, protecting the plants and animals that depend on streamflows.

To date, 9,600 miles of stream have been protected through ISF, according to Linda Bassi, chief of lake and stream protection with the Colorado Water Conservation Board — nearly a quarter of the state’s 40,000 miles of waterways. The CWCB doesn’t have a goal for how many miles of stream it would like to eventually protect, Bassi said, instead taking recommendations from state and federal agencies, local governments and environmental groups for specific stream segments in need of protection.

Under current law, water rights holders can lease their water to the ISF Program only three years out of any 10-year period, and are limited to one 10-year timeline. After that, to maintain ISF protection on a given stretch of stream, the CWCB has to find another water rights holder to lease from, or work out another agreement to preserve the water.

The state can and does employ different means to protect a stretch of water on non-lease years. But “leases are the simplest and easiest way to pull this off,” said Andy Schultheiss, executive director of the Colorado Water Trust, a nonprofit that works with the CWCB on the ISF Program.

Under the proposed legislation, the CWCB would be able to lease water rights for five years out of 10, and the 10-year periods could be renewed twice. Extending protection to 15 years out of 30 will help sustain the environment as drought cycles become more erratic due to climate change, said Aaron Citron, policy advisor at The Nature Conservancy.

“What we’re trying to do is provide a tool that can address critically low stream conditions under a more variable future scenario,” Citron said. Even if HB19-1218 had passed as-is, the expanded ISF Program would not “fully meet the need we think we will see under climate change.”

Both Schultheiss and Citron agree that the way ISF rights are being used today shows that there is more demand for instream flow protection than supply. Two of three available years have been used in a lease of water from Stagecoach Reservoir near Steamboat Springs to benefit the Yampa River, according to Citron, and the Colorado Water Trust is holding off on using the third for when conditions are most dire.

“Last summer, there were stretches when the only water in the Yampa [River] through Steamboat Springs had been leased [for instream flow],” Schultheiss said.

As far as the state’s farmers are concerned, expanding instream flows goes a step too far. The Colorado Farm Bureau opposed HB19-1218 for the primary reason of protecting existing water rights.

“It seems like it was a little bit of a backdoor to expand ISF rights without going through the vetting process,” said Currier. “That’s a little frightening to those of us who own water rights.”

To establish a new ISF water right on a particular stream, there is a three-year process that ends with a review by Colorado’s water court to determine, among other things, that the instream right won’t negatively impact other water rights holders. Extending lease periods that significantly without a return to water court could harm farmers, Currier said.

Under the proposed rules, Currier worries that two five-year leases could be stacked back-to-back, leaving water in streams for 10 consecutive years while fields go fallow.

The Farm Bureau is also concerned about a third proposal for the ISF Program. Currently, leased water rights can only be allocated for instream purposes in a quantity great enough to preserve the natural environment “to a reasonable degree.” The Nature Conservancy wants to go beyond preserving existing conditions to allow improvement of natural conditions as well.

“That language is a little troubling to us,” Currier said. “That is not a quantitative term. Who determines what’s an improvement? What exactly does that mean?”

The CWCB already has the authority to acquire water rights that improve the environment, Citron said, just not for ISF leases.

This and other ISF issues will be discussed at the next meeting of the legislative interim water committee as part of the 2019 Colorado Water Congress annual summer conference, being held Aug. 20-22 in Steamboat Springs. Both sides remain hopeful that a compromise could be reached, though Currier noted farmers are resistant to making changes that they feel haven’t been properly vetted for potential negative impacts.

“We’re not out to destroy the environment; we’re more dependent on it than the average citizen,” Currier said. “We really feel the existing water law is written fairly well and we don’t see a lot of need for changes to that.”

If the interim water committee is able to craft new language that satisfies agricultural and environmental interests, a new bill will be introduced during the next legislative session, which convenes Jan. 8, 2020.