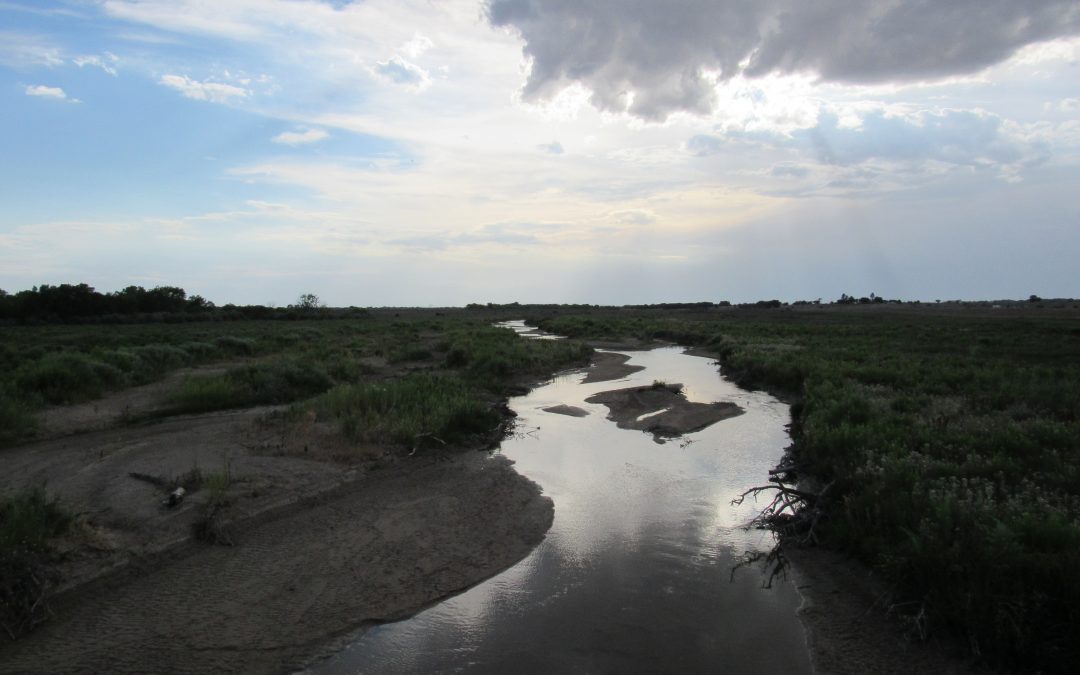 A lake on Colorado’s southeastern plains whose salinity levels at times rival those of the Great Salt Lake has residents of a small town ready to do battle with water officials over how to keep its alarmingly salty waters from reaching the Arkansas River.

The 250 or so residents of Lake Cheraw, the town that shares the lake’s name, want the lake to drain because they fear its high levels will damage their farms and homes. When lake levels rise, so do nearby water tables, seeping into basements and farm fields. Eventually that water reaches the Arkansas River.

But to drain the lake, water officials worry, would cause salinity levels in the already salt-burdened Arkansas River to rise high enough to trigger potential legal battles with the state of Kansas, which has a right to a portion of the river’s waters.

The two states’ relationship with the river and its supplies is governed by the much-litigated Arkansas River Compact and both states have spent tens of millions of dollars fighting over who gets how much of the water. The compact also dictates that water crossing the state line be “usable” for Kansas. Highly saline water is a concern because it can cause severe damage to crops.

“How do we know this isn’t a lawsuit coming?” said Mike Weber, an engineer with the Lower Arkansas Water Conservancy District. “Why even risk it?”

Lake Cheraw, according to most descriptions, is a natural low spot into which small amounts of irrigation water from nearby fields and reservoirs seep.

Underneath the lake are shale formations that release vast amounts of salt once they become wet.

After being largely dry through much of the 2000s, the lake filled unexpectedly thanks to two large rain events in 2016 and 2017, according to Weber. Now, despite the drought, the lake has refilled and its salinity levels are topping 13,600 parts per million, according to recent sampling conducted by the water conservancy district.

Salinity levels on the Arkansas River at the Kansas state line hover around 4,000 ppm, less than one-third those of the lake currently. Salt isn’t a regulated contaminant, so prescribed standards on acceptable levels don’t exist.

Still, water officials worry that anything that takes the salinity levels above the current 4,000 ppm could cause enough concern downstream to trigger lawsuits.

To cope with the lake’s recent rebirth, Lake Cheraw residents went to a local water board, the Arkansas Basin Roundtable, seeking a $21,000 grant to clean out a drainage below the lake that would allow the water to flow.

Their grant request was denied, in part because of salinity concerns.

Residents, according to Lake Cheraw Mayor Pro Tem Nick Koch, believe that with the drainage way cleared, the water will drain slowly enough that its salinity levels will decline before the water reaches the Arkansas River, causing no noticeable increase there.

Water officials in the past, however have been reluctant to take that risk. 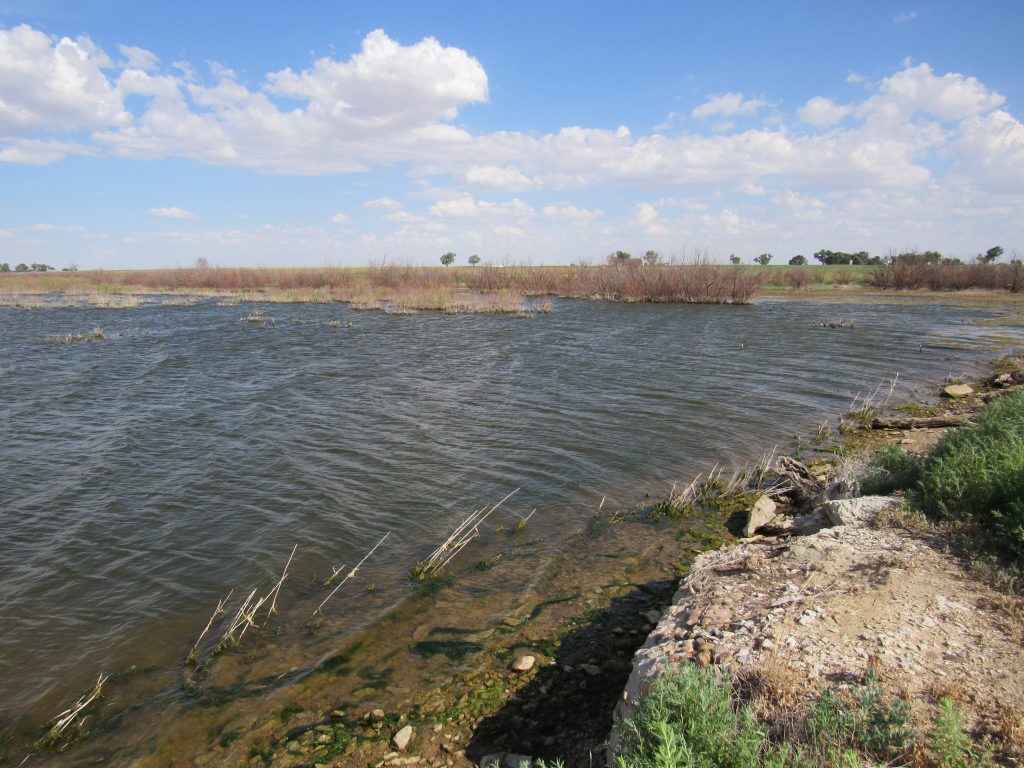 Lake Cheraw had been the subject of a special state water quality rule known as Reg. 75 from the late 1980s through 2014 when it was repealed. At that time the lake had been so dry that no releases were made and regulation was no longer needed.

Reg. 75 dictated that water from the lake could only be released through a control structure and only in amounts that would keep salinity levels in the released water at or below 4,300 ppm.

“Clearly in the past, lake levels were significant enough that there were releases and there were actual impacts to downstream uses,” said Tammy Allen, a watershed specialist with the Colorado Department of Public Health and Environment who worked on Reg. 75.

Allen said the state was unaware that Lake Cheraw had refilled and that salinity levels had reached such alarming highs again.

The Arkansas has had its share of salt wars over the years, but the latest problem with Lake Cheraw could provide an opportunity to try a new approach, if residents and local water officials can agree on how to proceed and find funding, according to Jay Winner, general manager of the Lower Arkansas Water Conservancy District.

Lining the reservoir would be the most expensive piece, with costs estimated at more than $20 million, but planting a natural salt-absorbing buffer and installing a control structure would likely cost much less, according to the water conservancy district.

“It could be a good demonstration project,” Winner said.

Local farmers aren’t convinced the state or the water conservancy district need to get involved.

Jim Collins is the volunteer fire chief for the town of Lake Cheraw and serves on the board of the Holbrook Drainage District, which oversees irrigation ditches and structures in the area.

He doesn’t believe the salinity issue is as grave as water officials are saying. “Definitely the levels need to be watched,” Collins said, “but I don’t honestly know what would happen if the water is released.”

Asked if he is concerned with potential lawsuits from downstream users, Collins said, “Who would want to be sued? We don’t, and we definitely don’t want to harm anyone. The purpose of the [drainage] district is to keep our ditches functioning and our farmers farming. That’s what we’re going to keep doing.”