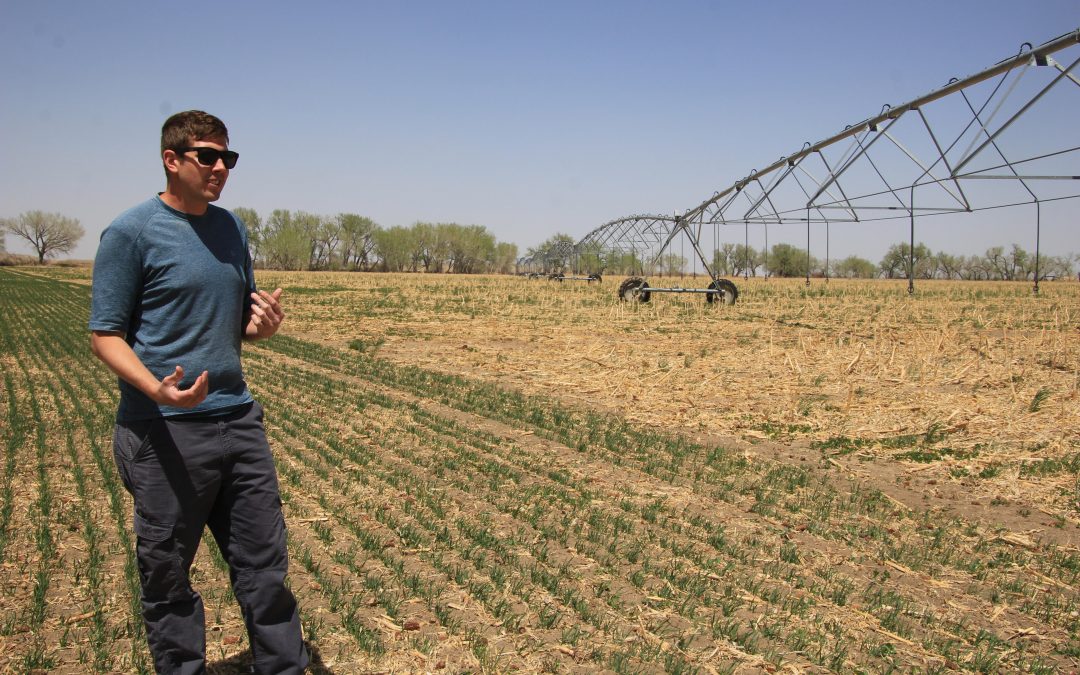 This simple statistic may shock you: Each time a farmer plows his or her field, the soil loses three-quarters of an inch of moisture.

Now, with the aid of $25 million in new federal funding, the Colorado Department of Agriculture plans to expand a program called STAR — an acronym for Saving Tomorrow’s Agricultural Resources — from 124 producers, including both farmers and ranchers, to 450. The conduit has been through 16 of the state’s 74 conservation districts, along with three organizations representing corn, sugar beet, and other crop growers. The funding comes through the U.S. Department of Agriculture’s Partnerships for Climate-Smart Commodities Project.

It’s a “game changer,” says Jim Pritchett, an agriculture economist at Colorado State University who grew up on a farm in southeastern Colorado.

“In my career and my childhood in Colorado, I’ve never seen this much direct investment at the producer level,” Pritchett said in September when the grant was announced.

The expanded program, called STAR Plus, will allow Colorado to assist six other Western states in implementing soil health practices and advancing learning. The states are Idaho, Montana, New Mexico, Utah, Wyoming and Washington. CSU, with a $6 million share of that grant, will be the focal point for quantification, verification and other research.

State officials say that fostering techniques to improve soils, making them more sponge-like, can help Colorado improve water quality and use existing water more efficiently. Agriculture continues to account for more than 80% of Colorado’s water use.

For example, healthier soils can absorb moisture from hard rains, while unhealthy soils allow the water to run off. That improved retention also sets the soils up to better withstand dry periods and greater heat. Some techniques in particular, such as less frequent tilling and use of cover crops, can help farmers in the face of rising temperatures.

In 2021, Colorado legislators passed two bills to ramp up efforts to improve soil health. One bill, HB21-1181, authorized creation of a voluntary soil health program housed within the Colorado Department of Agriculture and overseen by an advisory committee composed of representatives from around the state. Another bill, SB21-235,  appropriated $2 million in state stimulus funding for the program. With other grants and funding sources, the three-year program had $5 million to work with through 2022.

Colorado Commissioner of Agriculture Kate Greenberg said her department began asking farmers and ranchers in 2019 how adoption of soil health practices might best be accelerated.

The resulting programs are both voluntary and incentive based. They also are highly tailored to individual growers. Instead of top-down regulation, which Greenberg says would “quelch imagination” and necessary innovation, the Star Plus program seeks collaboration, recognizing that farmers bring much expertise to the table and that great uncertainties remain about how best to achieve soil health objectives.

Improvements in soil health won’t occur immediately. The programs have three-year terms for participants during which they will get technical help, including soil testing. CSU researchers meanwhile have been testifying the efficacy of various techniques.

Soil health can be defined as the continued capacity of soil to function as a vital living ecosystem that sustains plants, animals and people.

“The key thing in that definition is that soil is alive,” said Shawn Bruckman, an educator and former professional composter who is on the Eagle County Conservation District Board of Directors. She is also on Colorado’s soil health advisory committee.

“When we are looking at soil health, we are not looking at certain properties of the soil independently,” said Bruckman. “We are looking how it all works together as a whole.”

Bruckman emphasized that soil health varies greatly depending upon climate, soil types and other factors. It can vary greatly even within close proximity, from one field to another.

Given that variability, the Star and Star Plus programs were designed with flexibility as a high value. “You can’t cut and dry the approaches and put them in boxes,” said Bruckman. “They vary so much.”

Some producers may feel comfortable only adopting one or perhaps two of the approaches.

Derek White Heckman values the voluntary nature of the program. He has implemented cover crop, rotation and other soil health practices on 200 acres in the Arkansas River Valley near McClave, Colorado. Next spring he expects to add another 120 acres of the 1,000 acres that he and his father farm.

“I do believe that soil health is very beneficial,” he says. “It has helped our farm out. But I don’t want to ever see things being forced on guys. It really turns them off.”

Allen Best grew up in eastern Colorado, where both sets of grandparents were farmers. Best writes about the energy transition in Colorado and beyond at BigPivots.com.