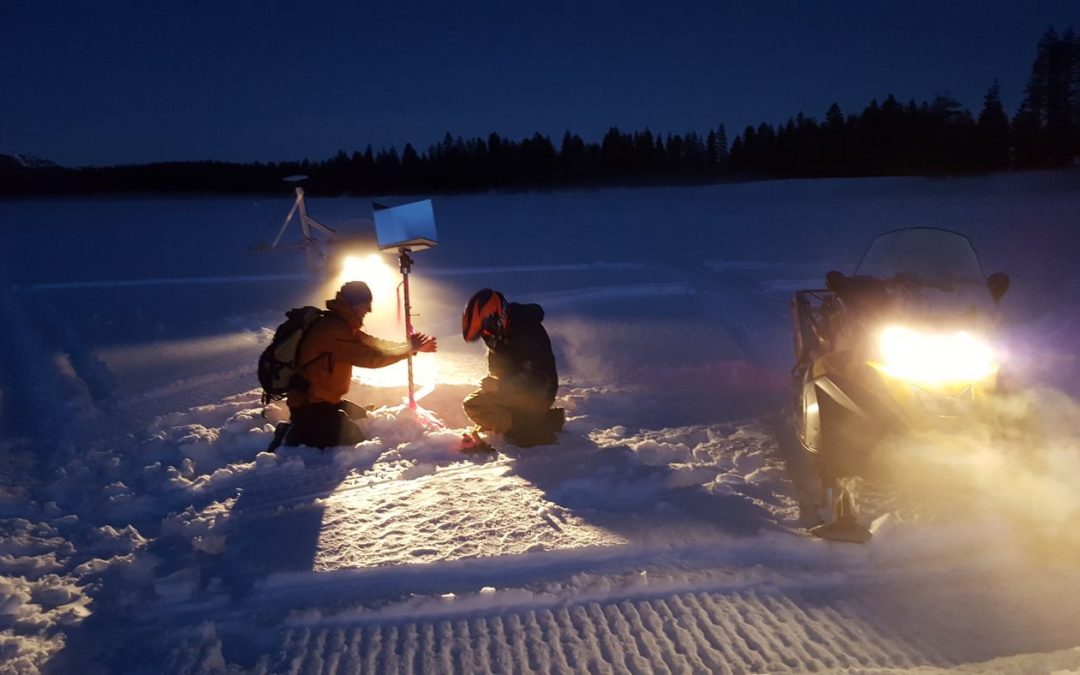 As climate change and drought continue to sap streams and rivers, the U.S. Bureau of Reclamation is offering $500,000 to anyone 18 years old and older worldwide who can produce a better tool to measure how much water snowflakes contain.

“Our technology must advance to meet the particular challenges of climate change and extreme weather,” said Greg Lipstein, a principal at DrivenData, one of the firms partnering with Reclamation and NASA to conduct the challenge.

The high-tech challenge comes as Colorado and other Western states are experiencing a shockingly dry fall and early winter. Denver, for instance, broke the record for the latest first snow in November and is still seeing little if any of the white stuff.

And the seven-state Colorado River system is struggling as well, with lakes Powell and Mead hitting record lows this year and little relief in sight.

Cities and farms across much of the West rely primarily on mountain snowmelt for their water supplies. While periodic drought has always been part of the West’s water story, before the region became highly populated, in most years there was enough water to serve the people who relied on it. But as climate change has triggered decades-long megadroughts, and populations have soared, water is becoming an ever-increasingly scarce resource.

In the world of snow forecasting, it’s important to be able to know early how snowy a winter season is likely to be, and even more important to know how much water is contained in the snow that falls. Flakes that come down in ultra-cold weather can contain much less water than those that fall during warm spring storms.

To bring more certainty to efforts to forecast and therefore manage snow-based water supplies, the Reclamation has partnered with three technology companies to challenge anyone older than 18 to develop a tool that can predict snow water content, also known as snow water equivalency, with greater accuracy. Reclamation is the largest water supplier in the West and operates major reservoirs such as lakes Powell and Mead.

During the winter of 2020-21, ultra-dry soils absorbed melting mountain snowpacks that in some areas were about average. As a result, the melting snow generated just 30% of what had been forecast in some areas on Colorado’s Western Slope and in California and elsewhere.

Traditionally, the federal government has used ground-based tools known as “SNOTEL” sites, short for snow telemetry, to measure the snow as it accumulates. In Colorado, for instance, the U.S. Natural Resources Conservation Service (NRCS) maintains and monitors more than 150 sites across several states, many of them in remote mountain regions. But the SNOTEL sites are limited in the amount of data they can produce.

New technologies are also being tested, such as airplane-based LiDAR systems in which flyovers are conducted to monitor large swaths of mountain terrain using gear that can detect snow depth and water content. This new tool can generate thousands of data points, but the flyovers cost hundreds of thousands of dollars, according to NASA.

The airborne technology is already being used in Colorado and California by large utilities who are willing to foot the bill.

Satellite imagery is also being used, but it too has limits, according to Karl Wetlaufer, a Colorado hydrologist with the NRCS. Some satellite services can provide daily reports with what he calls “coarse” data that doesn’t provide enough detail for scientists and modelers.

Other satellite platforms provide finer data, but might only do so every 16 days, too infrequently to deliver the precision water managers need, Wetlaufer said.

“Over the last several years there has been a lot of emphasis on getting snow water equivalency data. Agencies like NASA are good at attacking it from a research standpoint, but this competition is going to take a lot of NASA’s research and actually come up with a near real-time operational model blending microwave, radar, airborne snow observatory, and SNOTEL.

“This push by Reclamation is a big boost to putting this research into an operational model that can be used day to day,” Wetlaufer said. “I think it’s a really awesome concept that could be potentially valuable to the community.”

The contest launches this week and will continue through July 2022, according to Reclamation.